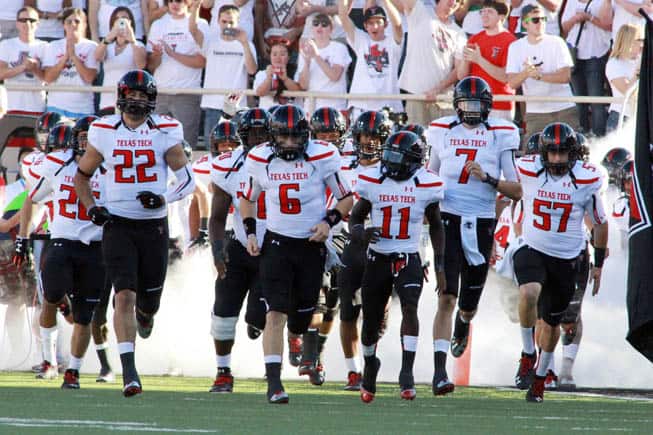 The Texas Tech Red Raiders have completed their 2014 and 2015 non-conference football schedules, the Lubbock Avalanche-Journal has reported.

Texas Tech’s opponents for the 2014 season were already known, but now the dates have been confirmed.

The Red Raiders are set to open the 2014 season at Jones AT&T Stadium on Aug. 30 against Central Arkansas of the FCS. Tech will then travel to face UTEP on Sept. 6 before returning home to host the Arkansas Razorbacks on Sept. 13.

Sam Houston State will visit Lubbock to open the 2015 season on Sept. 5. That game was previously unreported. The Red Raiders will then host UTEP on Sept. 12 and then hit the road to face Arkansas on Sept. 19.

Texas Tech has also added the Stephen F. Austin Jacks to their 2016 football schedule as the season-opener on Sept. 3.

Below are Texas Tech’s future schedules through 2015 (w/ single-game payouts).