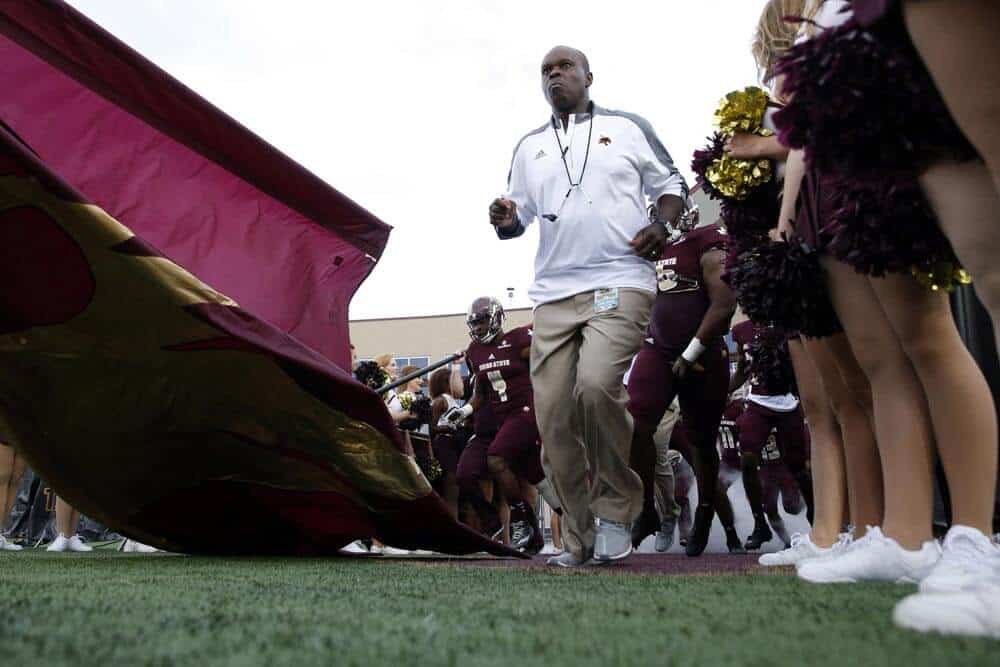 The Texas State Bobcats will host the Texas Southern Tigers in 2018, FBSchedules.com has learned.

Texas State will host Texas Southern at Bobcat Stadium in San Marcos on Sept. 8, 2018. The Tigers will receive a $300,000 guarantee for the game, according to a copy of the contract obtained from Texas State University via a public records request.

Texas Southern is a member of the Southwestern Athletic Conference (SWAC) in the Football Championship Subdivision. In 2016, the Tigers finished 4-7 overall and 4-5 in SWAC play.

The Bobcats were previously scheduled to open the 2018 season at home vs. Tulsa. A new game for that date has yet to be determined, but it appears to won’t be played in 2018 because Tulsa no longer has room on their schedule that season.

I think they mean Tulsa, and not Toledo.

That leaves TXST with an FBS home game to fill for 2018. Dick move Tulsa.