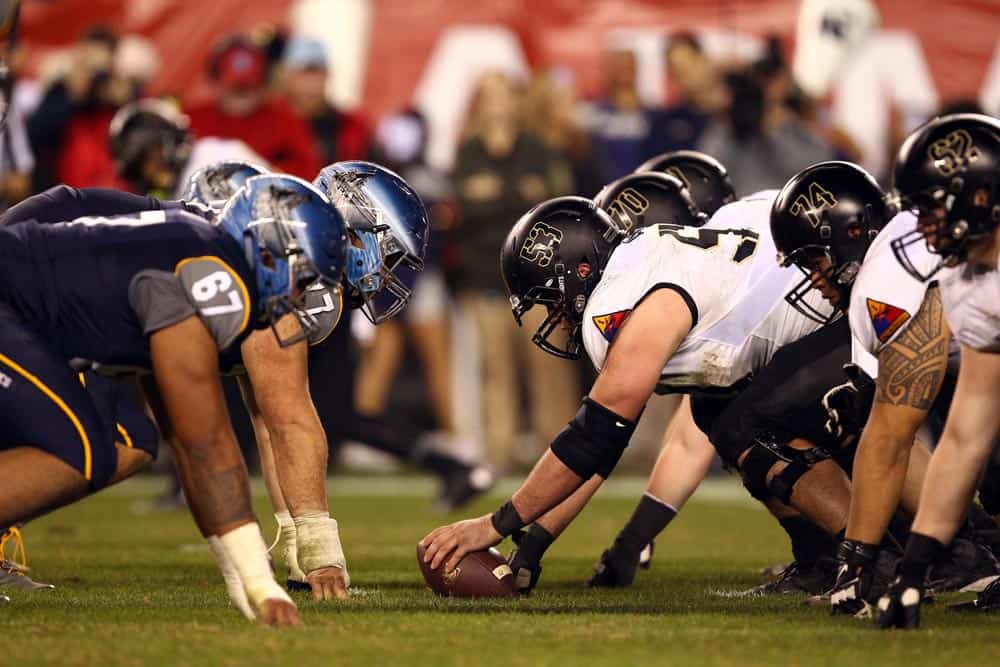 The Army Black Knights and the Navy Midshipmen are set to face off Saturday afternoon in the 117th edition of the Army-Navy game.

The game will by played at M&T Bank Stadium in Baltimore, Maryland and will be televised by CBS at 3:00pm ET. Next season, the game moves back to Lincoln Financial Field in Philadelphia, Pennsylvania.

Beyond 2017, no host sites have been announced for the Army-Navy Game although there is a lot of interest.

The game would be played at the NFL venue in each city because Army-Navy requires a minimum seating capacity of 70,000.

Gladchuk and Boo Corrigan, athletic director at Army, will meet with the prospective cities Friday in Baltimore. Formal bids will be due in January. Army and Navy officials will then visit the interested cities in the spring and expect to announce the next round of games in May. The announcement will likely cover a five-year period, and could go as high as eight, Gladchuk said.

“We’ll do whatever we think makes sense,” Gladchuk said in an interview Thursday.

Navy leads the overall series against Army 60-49-7. The Midshipmen beat the Black Knights 21-17 last season and have now won 14 straight in the series.

Army is 6-5 on the season with wins over Temple, Rice, UTEP, Lafayette, Wake Forest, and Morgan State. Even though the Black Knights have two wins over FCS teams, they successfully received a waiver from the NCAA and will play in the Zaxby’s Heart of Dallas Bowl on Dec. 27 against North Texas.

Navy, currently 9-3, will be heading to the Lockheed Martin Armed Forces Bowl in Fort Worth, Texas on Dec. 23 to face Louisiana Tech. This will be their fifth consecutive season playing in a bowl game.

They have to play this game at least once in Dallas, everything goes to Dallas, great stadium.

No, not Dallas for the exact reason you provided. Just watching this great game and having to look at that craven grin of Jerry Jones every minute or so in the booth would ruin everything this game stands for.

There are approximately 95,000 uniformed military personnel assigned to a variety of commands and units in the San Diego area. Their dependents and families take the total military population in the county in the neighborhood of 175,000. The Navy and Marines make up the bulk of the military presence.

Play a game there.

Could also be played at the Cotton Bowl

New Orleans with it’s world renowned restaurants, world class hotels, world famous Bourbon Street, French Market, River Walk and famous Canal Street shopping, Aquarium, and Harrah’s Casino all within walking distance of the hotels in the area. The Mercedes-Benz Superdome is state of the art in all aspects and 70-72 degrees maintained no matter what the outside weather or temperature may be.

Party Posse should perform at next year’s Army-Navy Game ;)

The game is just fine where it is. Just a few hours from both campuses as well as a few hours from DC. They played it once in the Rose Bowl in the early ’80s–it was fun as something different but the logistics and the cost were too much.

And yes, keep it away from the bloated excess of that monstrosity in Arlington–please.

There is no NFL stadium in Dallas, though there is one that seats more than 70,000. Army-Navy at the Cotton Bowl would be awesome.

Dallas cowboys you must not know what you are talking about!

No Aaron, you must not know what you are talking about. The Cowboys play in Arlington, Texas.

They said Dallas, but more than likely that they are referring to Arlington.

should be only a mid-atlantic rotation……meadowlands/philly/baltimore/DC.

Keep the tradition in Philadelphia , Army Navy branches started in phila keep them there !!!!!

Love to see them at Heinz Field in Pittsburgh! Steeler fans are fanatics and like the service academies.

I would love to see it played just once at Legion Field at Birmingham, Alabama with it’s rich history in hosting the Iron Bowl, Alabama football, Auburn football, UAB football, and the Birmingham Bowl, the Army-Navy Game being played in Birmingham would really make it’s nickname “The Football Capitol of the South” a reason on why it is called that.

They should play it in Foxboro, Massachusetts home of the greatest professional football team of all time.