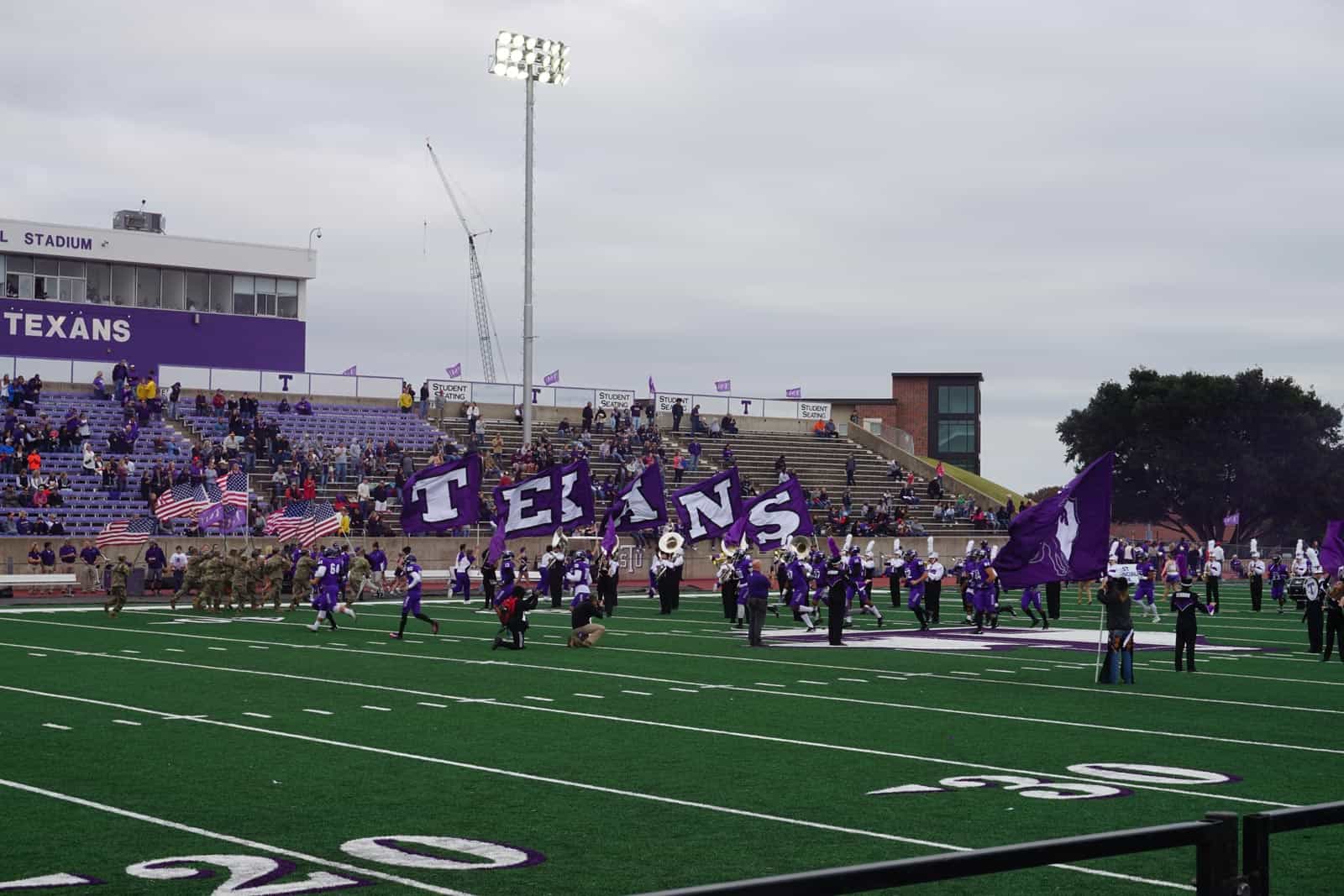 The Tarleton State Texans have added three non-conference games in 2022, which finalizes their football schedule for that season.

Previously scheduled non-conference opponents for Tarleton State in 2022 include the TCU Horned Frogs on Sept. 10 and the North Alabama Lions on Sept. 24, both on the road.

New non-conference games added include the season-opener at home against the Mississippi Valley State Delta Devils on Thursday, Sept. 1 and a pair of Saturday home games against the Eastern New Mexico Greyhounds on Sept. 17 and the Houston Baptist Huskies on Nov. 19. All three games will be played at Memorial Stadium in Stephenville, Texas.

A previously scheduled game at the Central Arkansas Bears was not included on the Texans’ 2022 schedule. The Texans are slated to host Central Arkansas in 2023 if the series is not modified or canceled altogether.

Below is Tarleton State’s complete schedule for the 2022 season, plus a link to their schedule page which will be updated with kickoff times and TV as they are announced:

Tarleton State finished the fall 2021 season 6-5 overall and 2-3 in WAC play. Head coach Todd Whitten will lead the Texans in his 13th season in Stephenville in 2022.