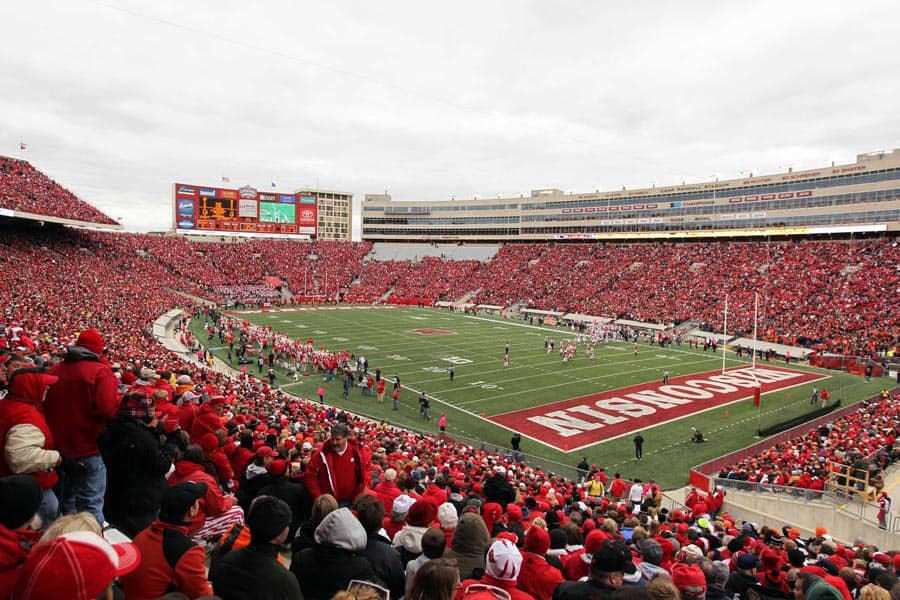 The Syracuse Orange and the Wisconsin Badgers have scheduled a home-and-home football series for 2020 and 2021, both schools announced today.

In the first game of the series, Wisconsin will host Syracuse at Camp Randall Stadium in Madison on Sept. 12, 2020. The Badgers will then travel to face the Orange at the Carrier Dome on Sept. 11, 2021.

“I’m excited for our football program, our student-athletes and our fans to announce this series,” Syracuse Director of Athletics Mark Coyle said. “To add another chapter to the history between these teams and bring a program like Wisconsin to the Carrier Dome is important as we strive to give our student-athletes the opportunity to compete at the highest level.”

Syracuse and Wisconsin have met five times on the gridiron with the first occurring back in 1941. The Orange lead the series 3-1-1, but the Badgers won the last meeting 34-0 in the 1997 Kickoff Classic in East Rutherford, NJ.

Good OOC game for Syracuse. The ACC needs these type of matchups to get respect.

I was at that 1997 game. An embarrassment. Wisconsin couldn’t do anything. I think Dayne was injured and got little if any playing time. But we went to the Rose Bowl the next two years and won both times.