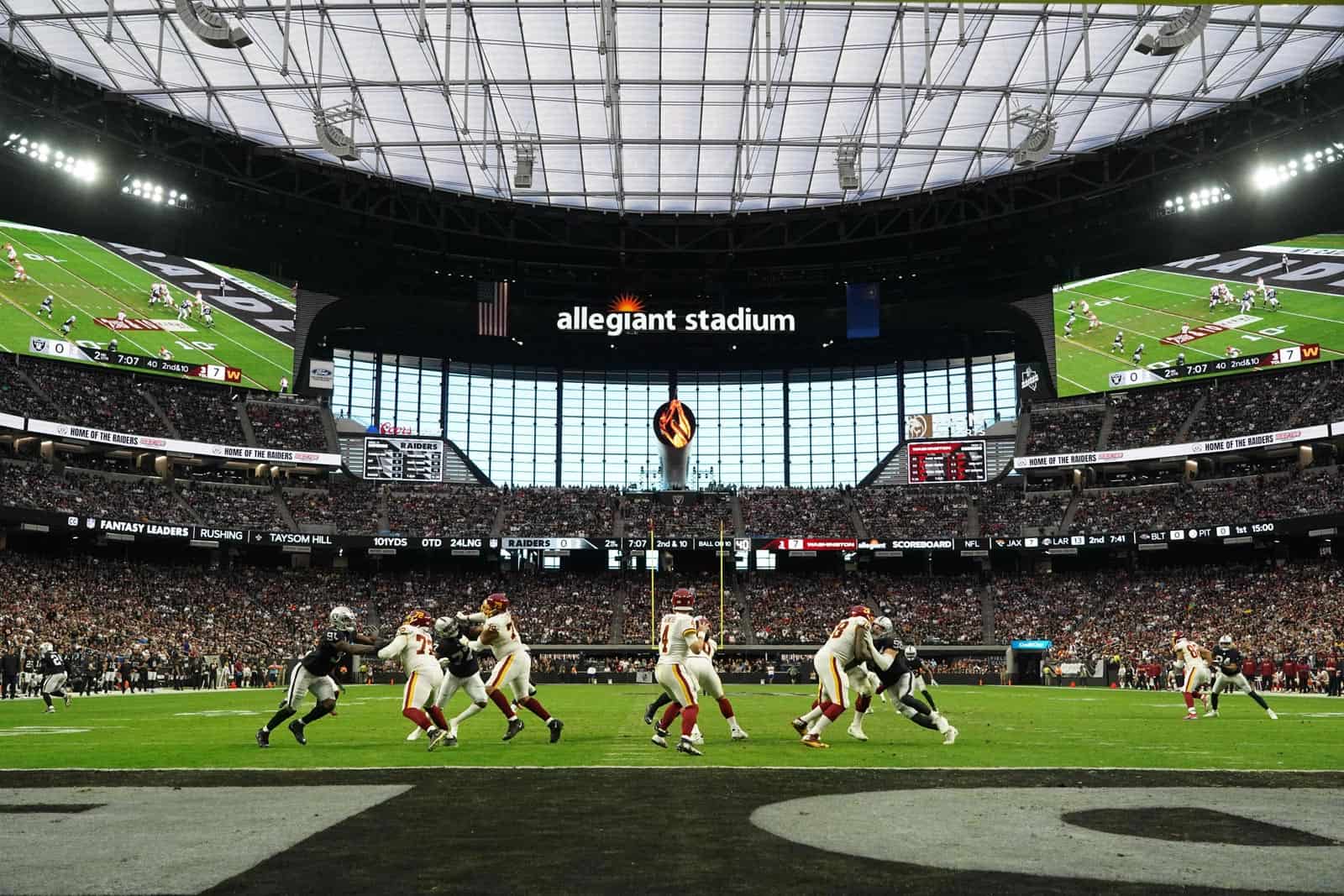 Super Bowl LVIII will be played at Allegiant Stadium in Las Vegas, Nevada, it was officially announced on Wednesday.

Super Bowl LVIII is scheduled for Sunday, February 11, 2024. The game will mark the first time that Las Vegas has hosted the Super Bowl.

“Being named a Super Bowl host city is a defining moment in the history of Las Vegas,” said Steve Hill, CEO and president of the LVCVA. “An event of this magnitude combined with the energy of Las Vegas is going to be unmatched. Our entire city is committed to making Super Bowl LVIII the most electrifying sports spectacle ever. The NFL has been an incredible partner, and we look forward to working with their team, the Host Committee and our partners across our destination to showcase Las Vegas as ‘The Greatest Arena on Earth’.”

New Orleans was originally announced as the host city for Super Bowl LVIII, but they requested to move back one season due to a conflict with Mardi Gras. New Orleans will host Super Bowl LIX on Sunday, February 9, 2025.

“From the moment Allegiant Stadium was approved, we knew it was only a matter of time until Las Vegas welcomed the Super Bowl. We couldn’t be happier about today’s announcement,” said Maury Gallagher, chairman of the Las Vegas Super Bowl Host Committee. “Las Vegas does everything bigger and brighter, and this committee is looking forward to creating a uniquely thrilling experience for fans, players and staff.”

In addition to hosting Super Bowl LVIII, Las Vegas will also host the 2022 NFL Pro Bowl on Sunday, Feb. 6 as well as the 2022 NFL Draft (Thursday, April 28 through Saturday, April 30).

Why won’t the Super Bowl go back to Arlington or Houston? Are those places not touristy enough?

As the oldest NFL stadium that has never hosted a playoff game of any form, Cleveland’s First Energy Stadium should have been given the game, weather be damned.

In fact, the Super Bowl should fairly rotate among all 30 NFL venues due to its neutral site nature.

By contrast, the other final rounds in the big 4 are split between the two venues that host the participating teams. The World Series has been around nearly 120 years, and there is still one team who has not been in it, the Mariners, who own the longest active playoff drought in all the big 4 leagues, not making it since 2001. The last two seasons were particularly heartbreaking because the Astros took advantage of not being banned from the MLB postseason for the sign-stealing scandal (as is common for college sports teams who break the rules) in 2020 and 2021. In 2020, had the Astros been banned then, the Mariners would have gotten the 6th seed in the AL, as they finished only two games behind the Astros. An Astros ban in 2021 would have given the AL West title to Seattle, who otherwise finished two games out of a wild card spot after the playoffs were scaled back to 10 teams.

So I wouldn’t be surprised if Mariners fans launched a class-action lawsuit against MLB over their refusal to punish the Astros the same way the 2012 Ohio State football team was by the NCAA (as an example), which would have brought the Mariners into the 2020 and 2021 playoffs had it happened.

Congratulations to the #sincity on winning the right to host Super Bowl LVIII (58)! A #superbowl in a new city is what the NFL deserves IMO. Lots of gambling to come in 2024. #betaholics :)

I also applaud the NFL for understanding New Orleans’ request to avoid a #mardigras conflict and awarding the city Super Bowl LIX (59) in return. Kudos to both sides! #teamwork :)

super bowl LVI 2022 is held at california. Why they wont held at Houston. That is good place for this event.