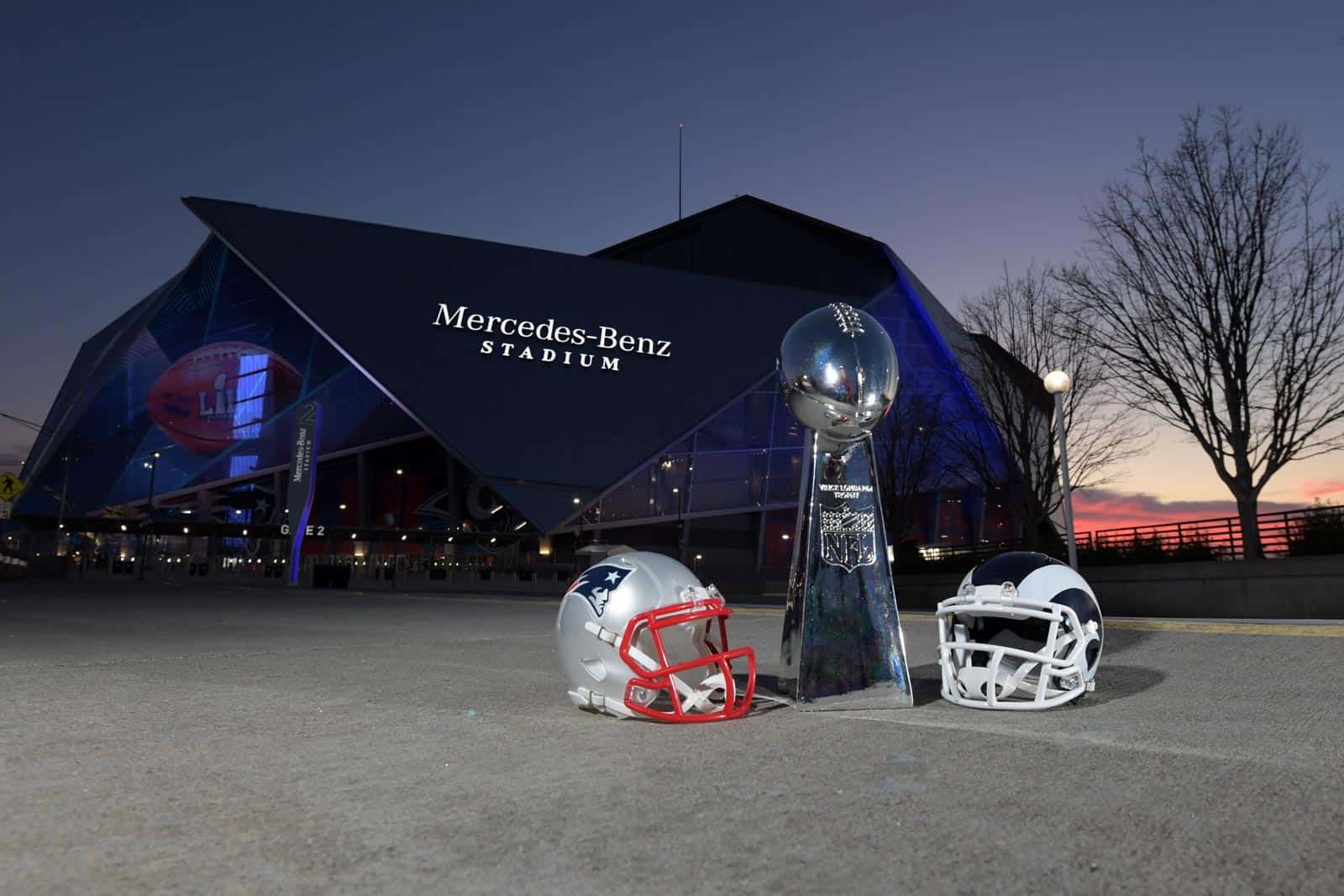 Super Bowl 2019 is set with the New England Patriots taking on the Los Angeles Rams.

Mercedes-Benz Stadium in Atlanta, Georgia, will host Super Bowl LIII between the Patriots and Rams on Sunday, Feb. 3, 2019 at 6:30pm ET. The game will be televised by CBS.

New England (11-5) advanced to the Super Bowl after defeating the Los Angeles Chargers 41-28 in the Divisional Round and the Kansas City Chiefs 37-31 in the AFC Championship Game.

Los Angeles (13-3) made it to the big game by defeating the Dallas Cowboys 30-22 in the Divisional Round and the New Orleans Saints 26-23 in the NFC Championship Game.

This will be New England’s 11th Super Bowl appearance, which is an NFL record. The Patriots have a 5-5 record in the big game and last won in February 2017 over Atlanta 34-28 (Super Bowl LI).

Los Angeles will be playing in their fourth Super Bowl as a franchise, which includes their time in St. Louis. The Rams are 1-2, with their only victory coming in Super Bowl XXXIV, 23-16 over Tennessee.