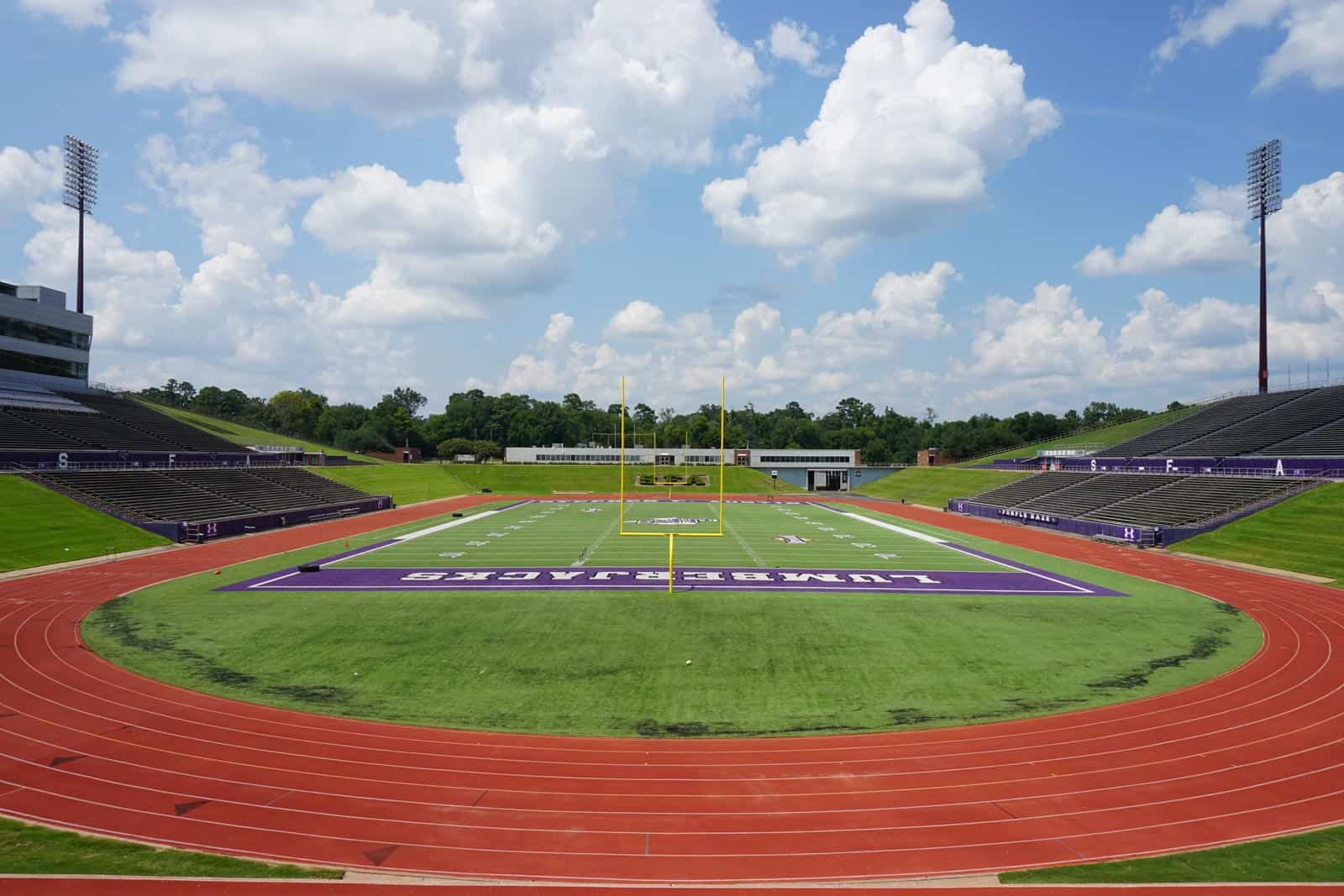 “We’re excited about the upcoming 2019 season and the chance to build on the momentum we’ve created this offseason,” head coach Colby Carthel said. “The non-conference slate presents some tremendous opportunities to start the 2019 campaign.”

Stephen F. Austin will open the 2019 season on the road against the Baylor Bears on Saturday, Aug. 31. The following week on Sept. 7, the Lumberjacks open their home schedule at Homer Bryce Stadium in Nacogdoches, Texas, against the Tarleton State Texans.

The ‘Jacks then hit the road to take on the Southern Utah Thunderbirds on Sept. 14 before returning home to host the Nicholls Colonels on Sept. 21 in their Southland Conference opener.

Next, Stephen F. Austin visits the Lamar Cardinals on Sept. 28. The Lumberjacks then head to Houston to play the Sam Houston State Bearkats at NRG Stadium on Oct. 5.

After their only open date of the season, the ‘Jacks travel to face the Abilene Christian Wildcats on Oct. 19. Stephen F. Austin returns home to host the McNeese Cowboys on Oct. 26, which will be their Homecoming contest.

SFA opens November with a contest at the Southeastern Louisiana Lions on the 2nd. The ‘Jacks then host their final home contest of the season at Homer Bryce Stadium against the Incarnate Word Cardinals on Nov. 9.

Stephen F. Austin closes out the 2019 regular-season with consecutive road contests at the Central Arkansas Bears on Nov. 16 and at the Northwestern State Demons on Thursday, Nov. 21.

The Lumberjacks finished the 2018 season 2-8 overall and 2-7 in Southland Conference play. Stephen F. Austin claimed their only Southland championship in 2010 and last played in the FCS Playoffs in 2014.