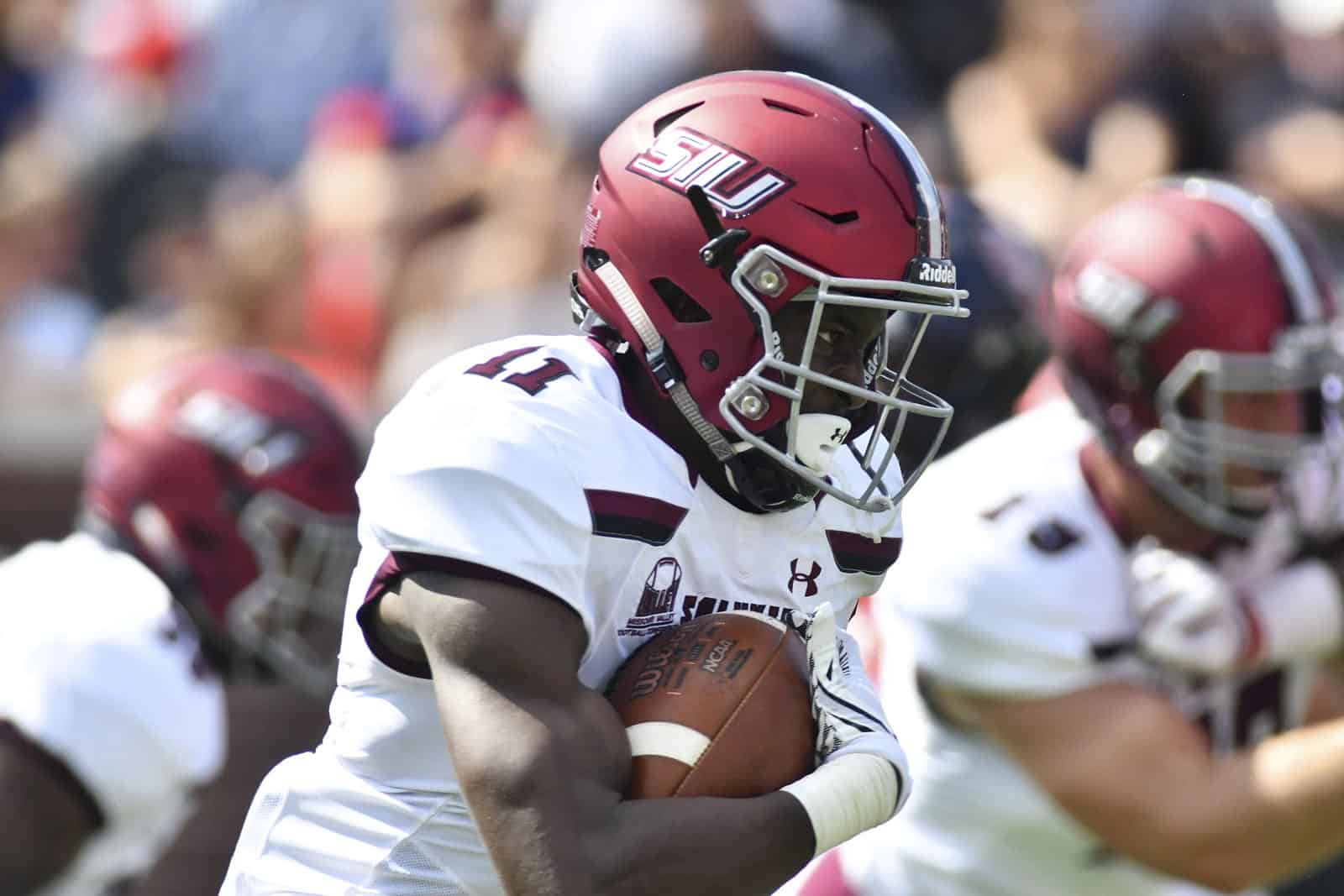 The Southern Illinois Salukis have announced their 2019 football schedule, which features games at UMass and Arkansas State.

“My energy and enthusiasm for Saluki Football has never been higher, and the pieces are in place for us to have an outstanding season,” said SIU head coach Nick Hill. “With two FBS road games and three games against FCS Playoff teams, we recognize both the challenge and the opportunity that lies ahead of us in 2019.”

Southern Illinois will open the 2019 season with consecutive road games, beginning on Thursday, Aug. 29 at the Southeast Missouri Redhawks. The following week on Sept. 7, the Salukis travel to take on the UMass Minutemen.

SIU opens their home slate at Saluki Stadium in Carbondale on Sept. 14 against the UT Martin Skyhawks. The Salukis then hit the road again to play the Arkansas State Red Wolves on Sept. 21, their final non-conference opponent of the season.

After their only open date of the season, Southern Illinois plays eight-straight Missouri Valley Football Conference (MVFC) opponents, beginning with a contest at the South Dakota State Jackrabbits on Oct. 5.

SIU then returns home to host back-to-back games against the Illinois State Redbirds on Oct. 12 and the Youngstown State Penguins on Oct. 19, which will be their Homecoming game.

Next up are consecutive road games, as the Salukis will travel to face the South Dakota Coyotes on Oct. 26 and the Indiana State Sycamores on Nov. 2.

Southern Illinois then returns home to host the Missouri State Bears on Nov. 9 before traveling to play the Western Illinois Fighting Leathernecks on Nov. 16.

SIU concludes their 2019 football schedule at home in Carbondale against the national champion North Dakota State Bison on Nov. 23.

Southern Illinois is coming off of a lackluster season in which they finished 2-9 overall and 1-7 in MVFC play. The Salukis last won their conference championship in 2009.