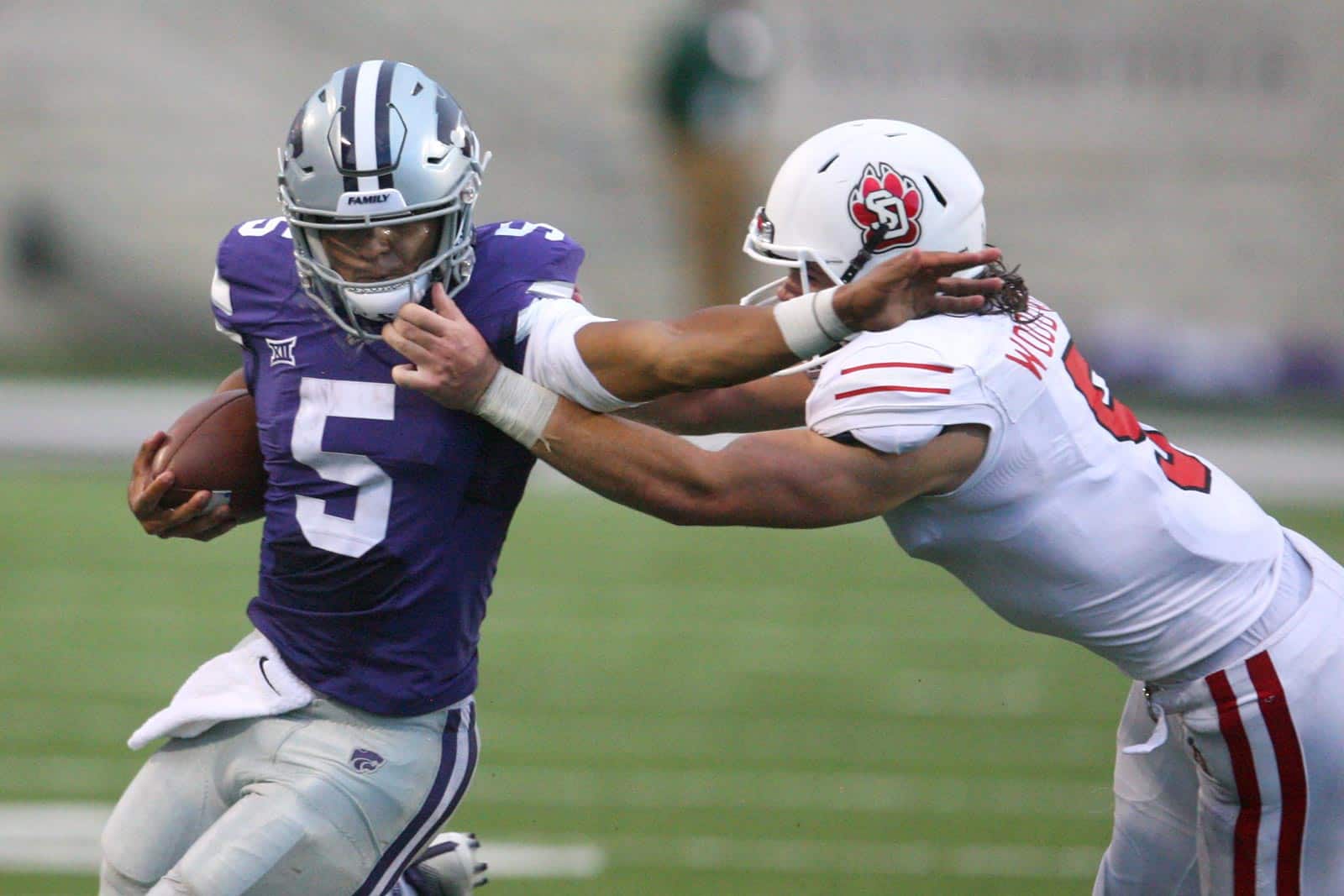 The Kansas State Wildcats were scheduled to host the South Dakota Coyotes in 2023, but that contest will now happen one season earlier, FBSchedules.com has learned.

In August of 2019, we reported that Kansas State would host South Dakota at Bill Snyder Family Football Stadium in Manhattan, Kan., on Sept. 2, 2023. The Wildcats will pay the Coyotes a $500,000 guarantee for the game, per the contract.

According to a copy of an amendment to the football game contract obtained from the University of South Dakota, the game has been moved up one season and will now be played on Sept. 3, 2022. The document was obtained via a state public records request.

Kansas State and South Dakota first met on the gridiron in 1980 and have played five times overall. In their most recent matchup in 2018, K-State nipped South Dakota 27-24 to extend their lead in the series to 5-0.

The movement of the South Dakota-Kansas State matchup was part of a multi-team scheduling switch that includes Missouri, Southeast Missouri, Abilene Christian, and possibly others.

Kansas State was previously scheduled to host Abilene Christian in 2022, but it appears that they transferred that game to Missouri for the same season. To fill Kansas State’s scheduling void in 2023 that was occupied by South Dakota, Missouri ultimately gave Kansas State their game against Southeast Missouri.

More future scheduling changes could be forthcoming for both Kansas State and Missouri. We’ll bring that news to you as it develops or if officially announced by any of the schools involved.

Imagine being a kid from Kansas that goes to South Dakota & your senior year in college is in 2022 then this happens :D yay