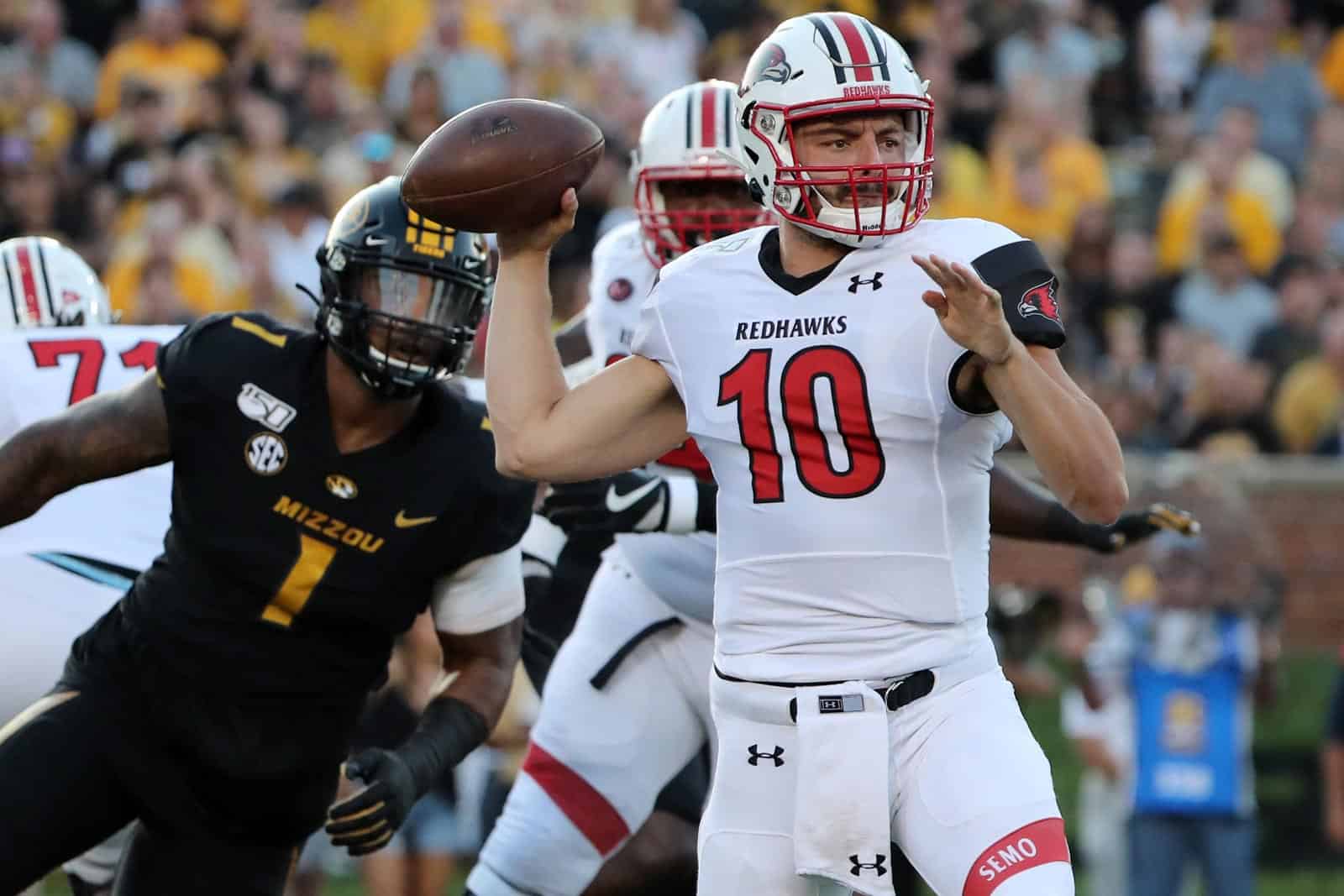 The Southeast Missouri Redhawks, previously scheduled to play at the Missouri Tigers in 2023, will instead play at the Kansas State Wildcats, FBSchedules.com has learned.

Southeast Missouri will travel to take on Kansas State at Bill Snyder Family Football Stadium in Manhattan, Kan., on Sept. 2, 2023. The Redhawks will receive a $425,000 guarantee from the Wildcats for the game, according to a copy of the contract obtained from Southeast Missouri State University (SEMO) via a state public records request.

The 2023 contest between Southeast Missouri and Kansas State will mark their first-ever meeting on the gridiron.

Southeast Missouri was previously scheduled to play at Missouri on Sept. 2, 2023, while Kansas State was slated to host the South Dakota Coyotes on the same date. Per a copy of a document obtained from Southeast Missouri, SEMO’s game at Missouri in 2023 has been mutually canceled and Mizzou will pay the Redhawks $175,000 for the cancellation.

It is not currently known what will happen with Kansas State’s contest against South Dakota, but it obviously won’t be played during the 2023 season. The game will either be postponed to another season or canceled altogether.

South Dakota could also be involved in a swap of non-conference games with Kansas State and Missouri because the Tigers are scheduled to host the Coyotes to open the 2022 season.

To add to the confusion, FBSchedules.com has learned through a public records request to the University of Missouri that the Tigers have drawn up a contract to host the Abilene Christian Wildcats on Sept. 17, 2022. The contract we received has not been signed by either school.

If the Missouri-Abilene Christian contest is finalized for Sept. 17, 2022, it will conflict with another non-conference game that Missouri has scheduled. Mizzou is currently scheduled to host the Middle Tennessee Blue Raiders on that date.

Mizzou is also scheduled to open the 2022 season at home against South Dakota. If the Abilene Christian game is finalized, their matchup against the Coyotes would have to be moved.

Putting all of that together, this is what ultimately may happen:

We’ll keep you up to date on any additional information regarding these scheduling changes as we receive it or if/when they are officially announced.

Per a copy of a document obtained from the University of South Dakota, their game at Kansas State on Sept. 2, 2023 has been moved up one year to Sept. 3, 2022.

And Mizzou has five OOC games scheduled for 2025. And the 2025, 2031 and 2032 schedules are problematic. Are the four Mizzo-Kansas games still happening?

Mizzou just scheduled the Kansas series. They will cancel a game in 2025 and will adjust future slates accordingly.