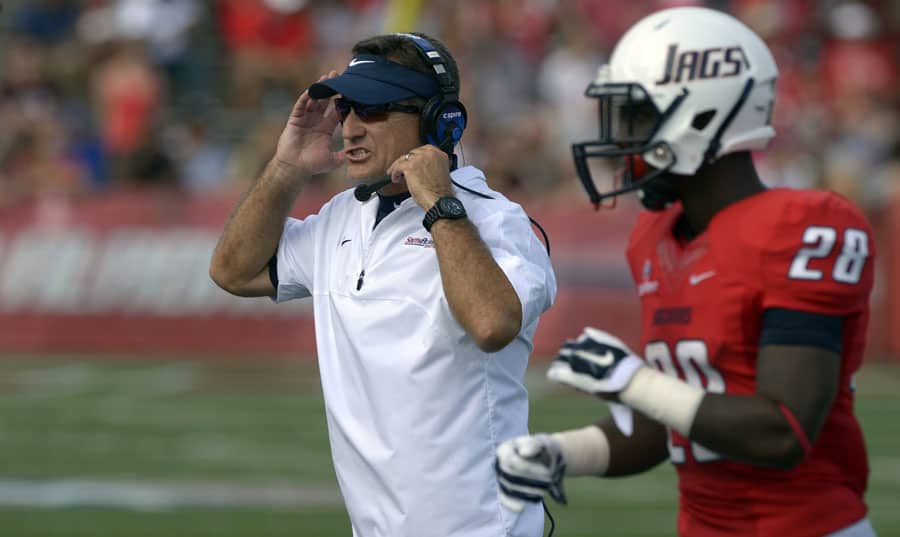 The South Alabama Jaguars have completed their 2018 non-conference football schedule with the addition of a game against Alabama State.

South Alabama will host the Alabama State Hornets at Ladd-Peebles Stadium in Mobile on Oct. 13, 2018. The game will be the first ever meeting between the two schools.

The Jaguars are scheduled to open the 2018 season at home against the Louisiana Tech Bulldogs. The game is the second of a home-and-home series that begins in Ruston in 2017.

On Sept. 8, a week after hosting Louisiana Tech, South Alabama travels to face the Oklahoma State Cowboys. USA and Oklahoma State also meet in 2017 Mobile and 2020 in Stillwater as part of a three-game series.

South Alabama hits the road again on Sept. 22 to take on the Memphis Tigers. The game is the first in a series that concludes at Memphis in 2019.

The Jaguars are preparing for their seventh season of football and fourth in the Sun Belt Conference. South Alabama opens the 2015 season on Sept. 5 at home vs. Gardner-Webb.

Not a bad slate for the Jags

South Alabama is a shining example of how UAB would have built a program if another certain school didn’t control the board… Very impressive how USA has gotten P5 schools like Ok State and NC State to play in Mobile. Definitely a program C-USA should have on their ‘next promotion’ list.

Actually I would rather see South Bama enter the American Conference where the hopes of UAB was aimed (back then Big East).

USA actually talked to the Big East shortly before the big split was announced.