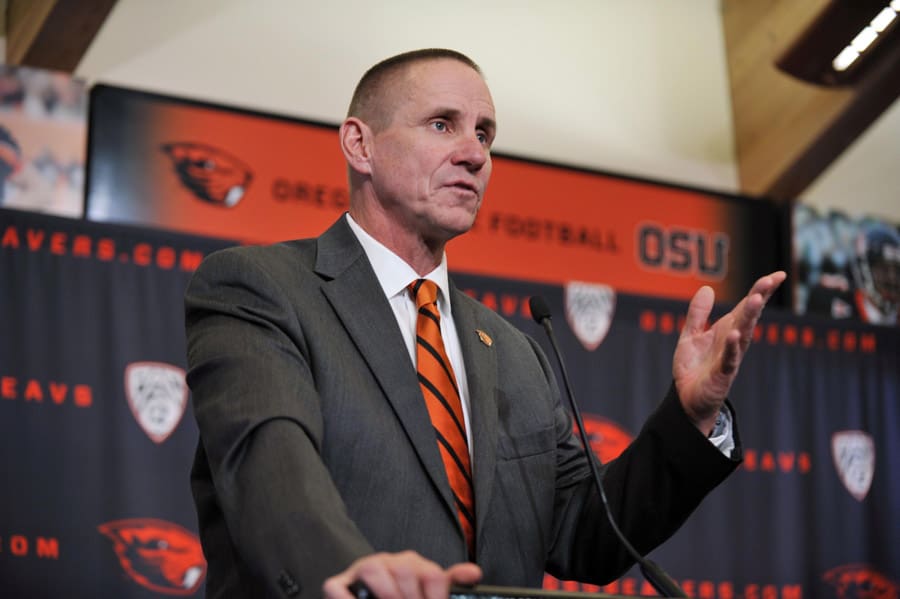 How much does scheduling have to do with coaching success?

Though it’s rarely discussed as an actual factor in evaluating performance, each-and-every season college coaches pick up extra wins or suffer additional losses because of scheduling.

And while a tough slate could cost an entire program bowl eligibility, for an individual coach it could mean losing a high-paying job.

Here’s a look at six of the 15 new head coaches in the FBS in 2015. What sets them apart is a schedule that almost guarantees a couple of extra losses.

Whoever staffs the scheduling departments at these six schools didn’t do their new football coach any favors.

A long-time NFL assistant, John Bonamego’s head coaching debut will come complete with games vs. the Big 12, the ACC, the Big Ten and the best team in the MAC.

Bonamego’s last stop was as a special teams coordinator at the Detroit Lions (2013-14) and he hasn’t coached at the college level since he was an assistant at Army from 1993-98. He played both quarterback and receiver at Central Michigan, graduating in 1987.

The Chippewa’s have never played Oklahoma State in football, are 0-2 all-time vs. Syracuse and are 3-6 all-time vs. Michigan State, last winning in 2009.

After two seasons as the big cheese at Wisconsin, Gary Andersen returns to the West Coast in 2015 where he’s spent all but one season of his 27-year coaching career. It’s his third stint as a head coach, also leading Utah State from 2009-12.

Andersen will have his work cut out for him traveling to Ann Arbor to play Michigan in the Big House and drawing Arizona and UCLA from the Pac-12 South.

The Beavers have won only three out of the last ten games vs. UCLA. Though they are enjoying a 3-0 run vs. Arizona, they’ve only played the Wildcats once since Rich Rodriguez took over in 2012.

While Oregon State does have to play Stanford and Oregon every year, both fellow North division teams, it has dropped five straight to the Cardinal and hasn’t won a game in Eugene since 2007.

Pat Narduzzi comes to Pitt after a successful eight-year run as the defensive coordinator at Michigan State. His coaching career kicked off in 1990 as a graduate assistant at Miami (Ohio), Pitt is his first head job.

Though Narduzzi’s slate isn’t as rough as others, Pitt has dropped two straight to Iowa and hasn’t won in Iowa City since 1931. The Panthers haven’t won at Virginia Tech since 2002 and at Georgia Tech since 1976. They did knock off Notre Dame as recently as 2013, but before that dropped three straight to the Irish.

As for Miami, Pitt scored a road win the last time the two met, in 2014, but before that lost eight straight to the Hurricanes, last winning in 1997.

Chad Morris’ quest to right the ship at SMU will be made even more challenging with games vs. two teams that finished last year ranked in the Top 10.   On top of that, the Mustangs draw road games at Houston—a team SMU has only beaten once in the last nine tries—and Memphis, the reigning American Athletic champion.

Morris spent 14 seasons as a Texas high school coach before landing a job as the offensive coordinator at Tulsa in 2010. From there he went on to the same role at Clemson. His last head coaching job was in 2009 at Lake Travis High School in Austin.

SMU has dropped 11 straight to Baylor by an average of 32 points, the last winning coming in 1986 in Waco. The Mustangs last beat the Bears in Dallas in 1983.

The most recent victory over TCU was in 2011, the only win in the last eight meetings. The Horned Frogs have won the last two by an average of 44 points.

Neal Brown takes over the reins at Troy this season after the retirement of the legendary Larry Blakeney, who spent 24 seasons leading the Trojans to a 178-113-1 mark including eight conference titles.

For his first-ever stint as a head coach, Brown will lead a program that hasn’t won a game vs. a Power team since 2007 against a trio of clubs from the ACC, Big Ten and SEC.

Troy has never faced N.C. State or Wisconsin and is 1-4 all-time vs. Mississippi State, last winning in 2001. It hasn’t beaten an ACC club since knocking off Florida State in 1947, is 0-7 all-time vs. the Big Ten and last beat a current SEC member in 2004, when it triumphed over Missouri.

Tony Sanchez enters into the collegiate ranks after 17 years as a high school coach in New Mexico, Texas, California and most recently in Nevada, where he led Bishop Gorman High in Las Vegas from 2009-14. His one and only season on a college staff was back in 1996, when he was a student assistant at his alma mater, New Mexico State.

In 2015, Sanchez will lead a UNLV program that has only posted one winning season in the last 14 tries (the Rebels went 7-6 in 2013) against two reigning conference champions, a Pac-12 powerhouse and a Big Ten legend.

The Rebels last beat a Power-Five team in 2008, when they knocked off both Iowa State and Arizona State at the front end of a 5-7 campaign. They have never played UCLA or Michigan and are 2-13 all-time vs. the Big Ten, picking up a pair of wins over Wisconsin in 1986 and 2003.

UNLV is 0-4 all-time vs. defending MAC champion Northern Illinois and hasn’t beaten Boise State, the team it drew from the Mountain division, since 1976.

The only one on the list that I will follow closely is Chad Morris. I greatly appreciate what he did for the Clemson Tigers as a whole. He brought a entirely new culture to the Clemson offense. I’m assuming this may be a perfect place for him to once again be very successful very quick. He has a great offensive mind that will undoubtedly draw much attention from quality recruits in the state of Texas. He will find a great throwing qb and fast receivers to continue lightning up the scoreboard. I do believe that he learned a great amount from one of the best coaches in college football, Dabo Swinney and with time will be much more than just a great offensive cordinator and will become a great head coach. Good luck to Chad Morris and SMU.

Jim Harbaugh was left out? Michigan’s non-con is AT Utah, Oregon State, UNLV, and BYU. Plus in conference they face, Mich St, Ohio St, Penn State on the road…

Josh,
Agree we have a tough schedule. At least Michigan State and Ohio are home in Ann Arbor