Seven Hawaii football games to stream live on Facebook in 2019 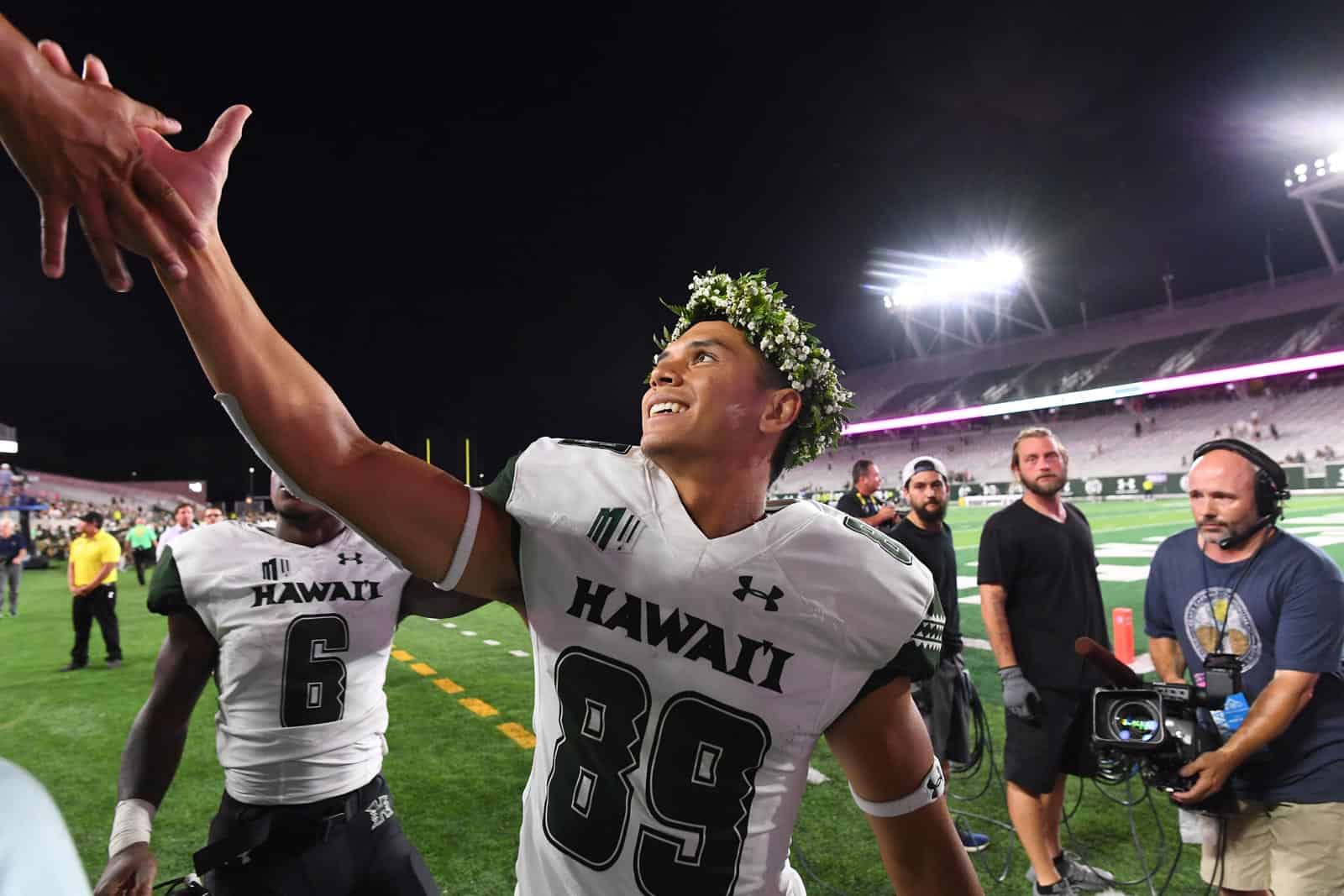 Seven Hawaii Rainbow Warrior football games will stream live on Facebook during the 2019 season, the Mountain West announced on Tuesday.

Fans in the continental United States will be able to stream the Hawaii games via Facebook, while fans in Hawaii can watch the Rainbow Warriors on Spectrum Sports.

Coverage of Hawaii Rainbow Warriors football on Facebook begins with home contest against the Oregon State Beavers on Saturday, September 7. The game will be streamed live beginning at midnight ET/6:00pm HT.

Hawaii is scheduled to open the 2019 season in Week Zero on Saturday, August 24 at home in Aloha Stadium against the Arizona Wildcats. The game will be televised by CBS Sports Network at 10:30pm ET.

The Rainbow Warriors will play a 13-game schedule this season, including non-conference contests at home against Arizona, Oregon State, Central Arkansas, and Army and a road contest at Washington.

Below is the full schedule of Facebook games for Hawaii this season:

How do we watch it through facebook? Is there a certain page we go to?? Im new to this streaming thing…old school…lol

Usually the team page will have a link when the game is close: