SEC Football Scheduling at the Forefront at Spring Meetings 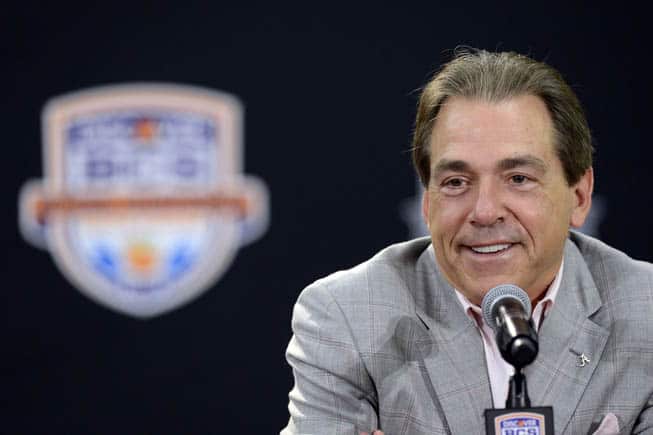 SEC athletic directors and coaches are in Destin, Florida this week for their annual Spring meetings, and football scheduling is at the forefront.

Among the topics that will be discussed include the imminent release of the 2014 SEC schedule, possibly moving to a nine-game conference schedule sometime after 2014, and the status of permanent cross-division rivals.

Last week, Josh Kendall of The State tweeted that the SEC was “working feverishly” to get the 2014 football schedule ready for release in Destin.

The 2014 SEC football schedule should be similar to 2013 except that the home sites will flip. That includes the six division games and one permanent cross-division rivalry game.

For example, Texas A&M hosts Vanderbilt in 2013 but won’t make the return trip to Nashville in 2014. Instead, they will travel to face a different SEC East team next season. That enables teams to move through the cross-division rotating opponents quicker.

Much has been made about the SEC moving to a nine-game conference football schedule in the future, but there doesn’t really seem to be much public support for it among the league’s coaches. Except for Alabama head coach Nick Saban.

Saban first gave his public support for a nine-game schedule last summer, and followed that up with more support earlier this month.

“I personally feel like strength of schedule is going to be a real important thing in the future,” Saban said. “I know there are people out there who say we have fixed opponents that are very, very good teams. Well, let’s make a deal and let’s all play 10 good games. We’ll still play Virginia Tech or Wisconsin or West Virginia or Michigan or one of these teams in the first game of the year and go play nine conference games too.”

There will likely be heated discussions on this topic this week and likely into the future as reports indicate a nine-game schedule won’t be voted on this week. Some coaches feel like the eight-game schedule is tough enough, while others want nine-games in order to play teams from the opposite division more frequently.

Hugh Freeze believes that the SEC needs the 8-game schedule to fill all of their bowl tie-ins.

Here are the permanent cross-division rivalries beginning in 2014 (East – West):

Alabama-Tennessee. Georgia-Auburn. Those are two cross-division rivalries that each school would like to continue. Alabama and Tennessee have met every year since 1928, with the exception of 1943 due to World War II.

The Georgia-Auburn game, also known as The Deep South’s Oldest Rivalry, has been played every season since 1898 except for 1917 (World War I) and 1943 (World War II).

LSU-Florida? The two schools have met 59 times since 1937, but one side would like to end the rivalry. LSU head coach Les Miles and athletic director Joe Alleva don’t think the Tigers should have to play the Gators every year. They want the schedules to be fair. They likely won’t get their wish, but at least they have made their feelings known.

The conference isn’t likely to abandon the permanent cross-division rivals any time soon, if at all. Moving to a nine-game schedule would allow the SEC to keep those games while adding an additional cross-division match-up.

Another option, albeit a long shot, would be keeping the Alabama-Tennessee and Georgia-Auburn rivalries and allowing the other schools to rotate amongst themselves. But that would surely have to be voted on.

There is a precedent for that, however. The recently released 2014 Big Ten schedule will feature only one protected cross-division rivalry – Indiana-Purdue.