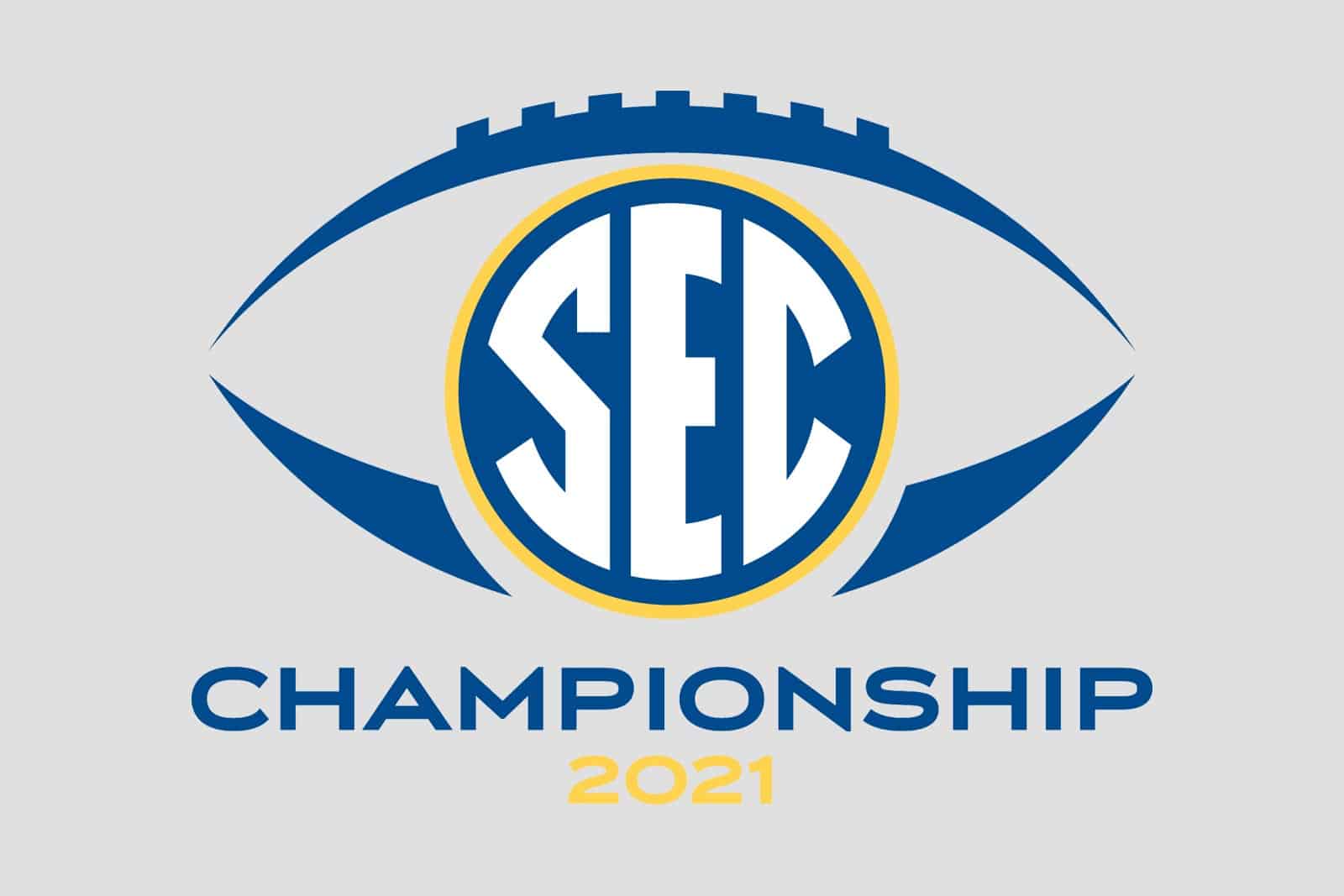 The SEC Championship Game for the 2021 season features the No. 1 Georgia Bulldogs taking on the No. 3 Alabama Crimson Tide. The game will be played on Saturday, Dec. 4 at Mercedes-Benz Stadium in Atlanta, Ga.

Tickets for the 2021 SEC Championship Game are available from our partner StubHub. The lowest price is currently around $300 plus fees.

The SEC Championship Game, which began in 1992, is now on it’s 30th edition. The first two games were played at Legion Field in Birmingham, Ala., with the next 23 at the Georgia Dome in Atlanta. Mercedes-Benz Stadium, which opened in 2017, is now hosting its fifth SEC Championship Game matchup.

The top-ranked Georgia Bulldogs clinched the SEC East Division after rolling through the season undefeated with 12 consecutive victories (8-0 SEC). The Bulldogs are making their ninth SEC Championship Game appearance and their first since a 37-10 defeat at the hands of the LSU Tigers in 2019. Georgia currently holds a 3-5 record in the SEC Championship Game.

The third-ranked Alabama Crimson Tide clinched the SEC West Division after finishing 7-1 in conference play (11-1 overall) with their only loss coming at the Texas A&M Aggies, 41-38. The Crimson Tide are making their 14th SEC Championship Game appearance and second straight following their 52-46 victory over the Florida Gators last season. Alabama is 9-4 in the SEC Championship Game and leads all conference teams in appearances and wins.

Alabama and Georgia last met on the gridiron during the 2020 season. The Crimson Tide defeated the Bulldogs 41-24 in that contest in Tuscaloosa, Ala., and currently leads the overall series 41-25-4.

Georgia will likely advance to the College Football Playoff Semifinals regardless of the outcome in the SEC Championship Game. Alabama will also advance with a win, but might need some other teams to lose if they fall to Georgia.

Brett McMurphy of The Action Network currently projects Georgia to advance to the College Football Playoff Semifinal at the Capital One Orange Bowl to face the Cincinnati Bearcats, while Alabama is projected to play the Baylor Bears in the Allstate Sugar Bowl.