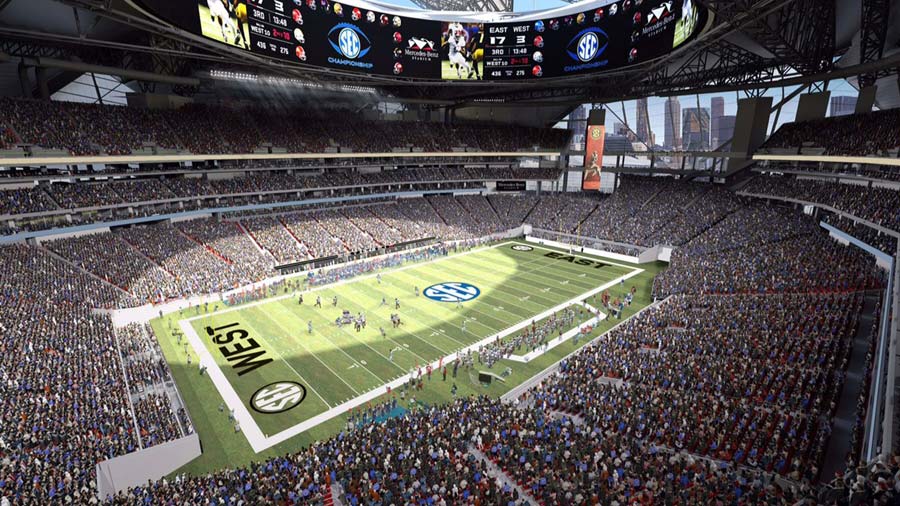 The SEC Championship Game for 2017 is set with the Georgia Bulldogs facing the Auburn Tigers. The game will be played on Saturday, Dec. 2 at Mercedes-Benz Stadium in Atlanta, Georgia.

2017 marks the 26th edition of the SEC Championship Game, which began in 1992. This season’s contest is also the inaugural game in the new Mercedes-Benz Stadium.

ESPN currently projects Georgia to face UCF in the Chick-fil-A Peach Bowl, while Auburn is projected to advance to the College Football Playoff and face Oklahoma in the Rose Bowl Game.