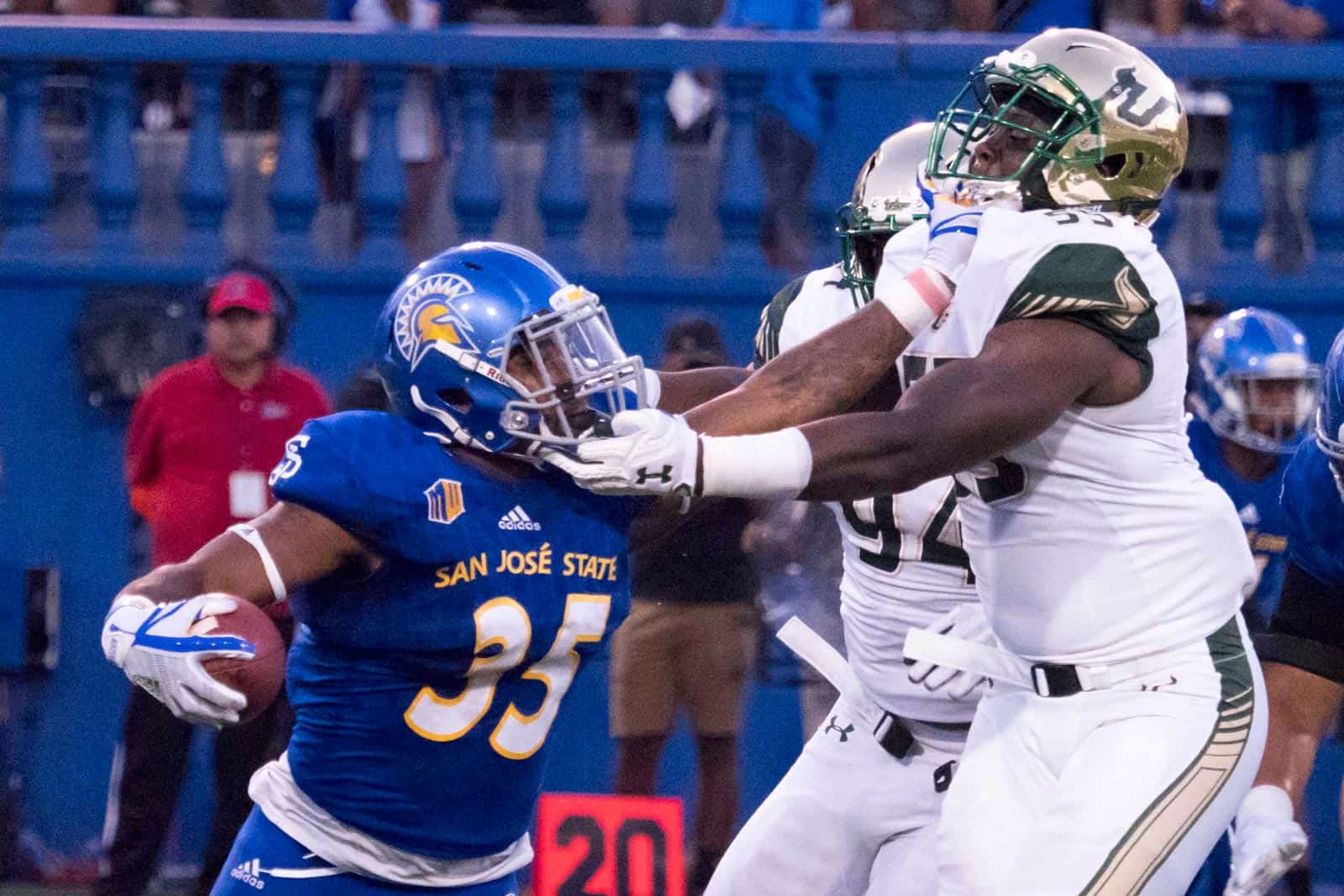 The San Jose State Spartans and the USF Bulls have pushed back their future football contest again, this time to the 2025 season.

The second and final game of the series was originally scheduled to be played at Raymond James Stadium in Tampa, Florida, on Sept. 12, 2020. It was later pushed back three seasons to Sept. 16, 2023.

According to a copy of an amendment obtained from San Jose State University via a state public records request, the two schools will now meet in Tampa on Sept. 20, 2025.

The schedule change results in San Jose State having two non-conference opponents set for 2023 and three for 2025. In 2023, the Spartans are scheduled to host Cal Poly on Aug. 31 and host California on Sept. 16.

San Jose State is scheduled to open the 2025 season at home against Central Michigan on Aug. 31. The Spartans are also slated to host Oregon State on a date to be announced in addition to the game at USF.

USF now has only one non-conference game scheduled for the 2023 season — at Sept. 2 contest at Western Kentucky.

The Bulls are slated to open the 2025 season with back-to-back road contests at Northern Illinois on Aug. 30 and at Florida on Sept. 6 before they host San Jose State on Sept. 20.