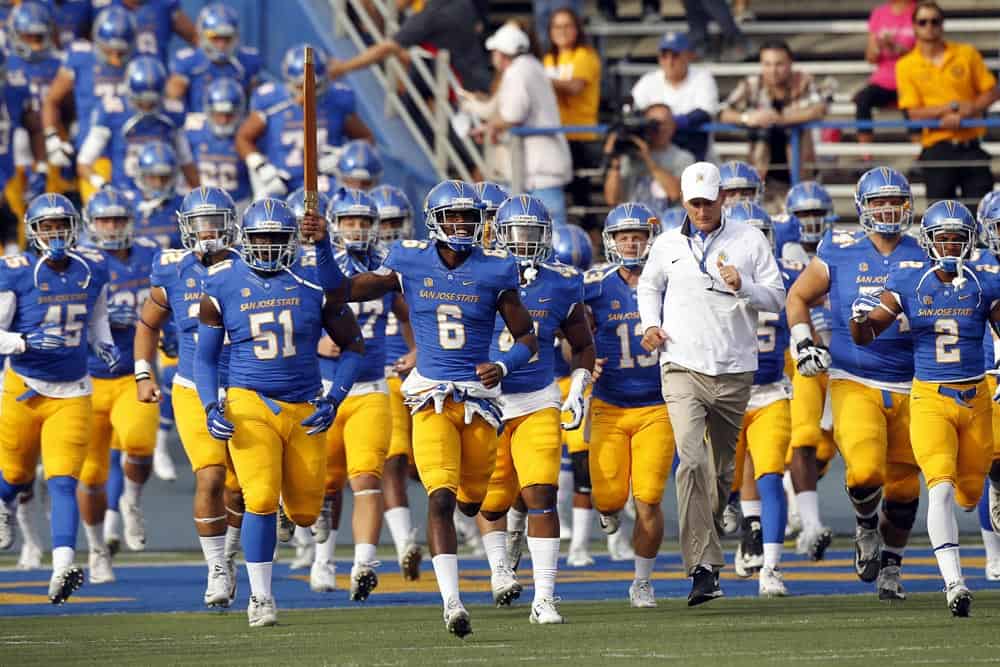 The San Jose State Spartans and the USF Bulls have scheduled a home-and-home football series for 2017 and 2020, it was announced on Friday.

In the first game of the series, San Jose State will host USF at CEFCU Stadium on Friday, Sept. 8, 2017. The Spartans will then travel to face the Bulls at Raymond James Stadium in Tampa on Saturday, Sept. 12, 2020.

The 2017 game will be the first-ever meeting between San Jose State and USF on the gridiron.

USF was previously scheduled to play at Northern Illinois on Sept. 9, 2017. That game has been now been pushed back eight seasons to Aug. 30, 2025. USF and NIU are set to play the first game of their home-and-home series this season on Sept. 10 in Orlando.

On Wednesday, we reported that San Jose State will travel to face Oregon in 2018. With these additions, San Jose State has now tentatively completed their non-conference schedules through the 2020 season.

USF has also completed their non-conference schedule through 2020 with the exception of 2019. The Bulls need two more games for that season.

Going to have to dump Idaho however…..