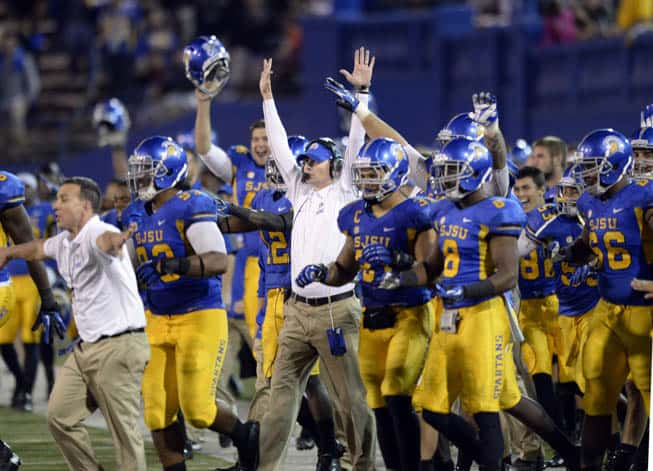 The San Jose State Spartans and the Tulsa Golden Hurricane have scheduled a home-and-home football series for 2016 and 2019.

On Sept. 3, 2016, San Jose State will travel to face Tulsa at Skelly Field at H.A. Chapman Stadium. The Golden Hurricane will then return the trip to Spartan Stadium on Sept. 7, 2019.

“Tulsa has a very respected program. They made a splash on the national scene in recent years. I think it is a great matchup and it will be a good home-and-home series,” said San José State head coach Ron Caragher.

The addition of Tulsa gives San Jose State three of their four games on their 2016 non-conference schedule. The Spartans are also scheduled to host Utah and travel to Iowa State.

Tulsa has completed their 2016 slate with the addition of the Spartans. The Golden Hurricane also host Toledo and have games scheduled at Fresno State and Ohio State.

Not a bad non-conference schedule we’re building here at SJSU. I know we have Colorado, Iowa St. Oregon St. BYU, Army, Auburn and others now. Big improvement over past schedules.

The 2016 game at Colorado has been dropped per Jimmy Durkin’s blog: http://blogs.mercurynews.com/sjsu/2014/04/03/football-announces-home-and-home-series-with-tulsa/