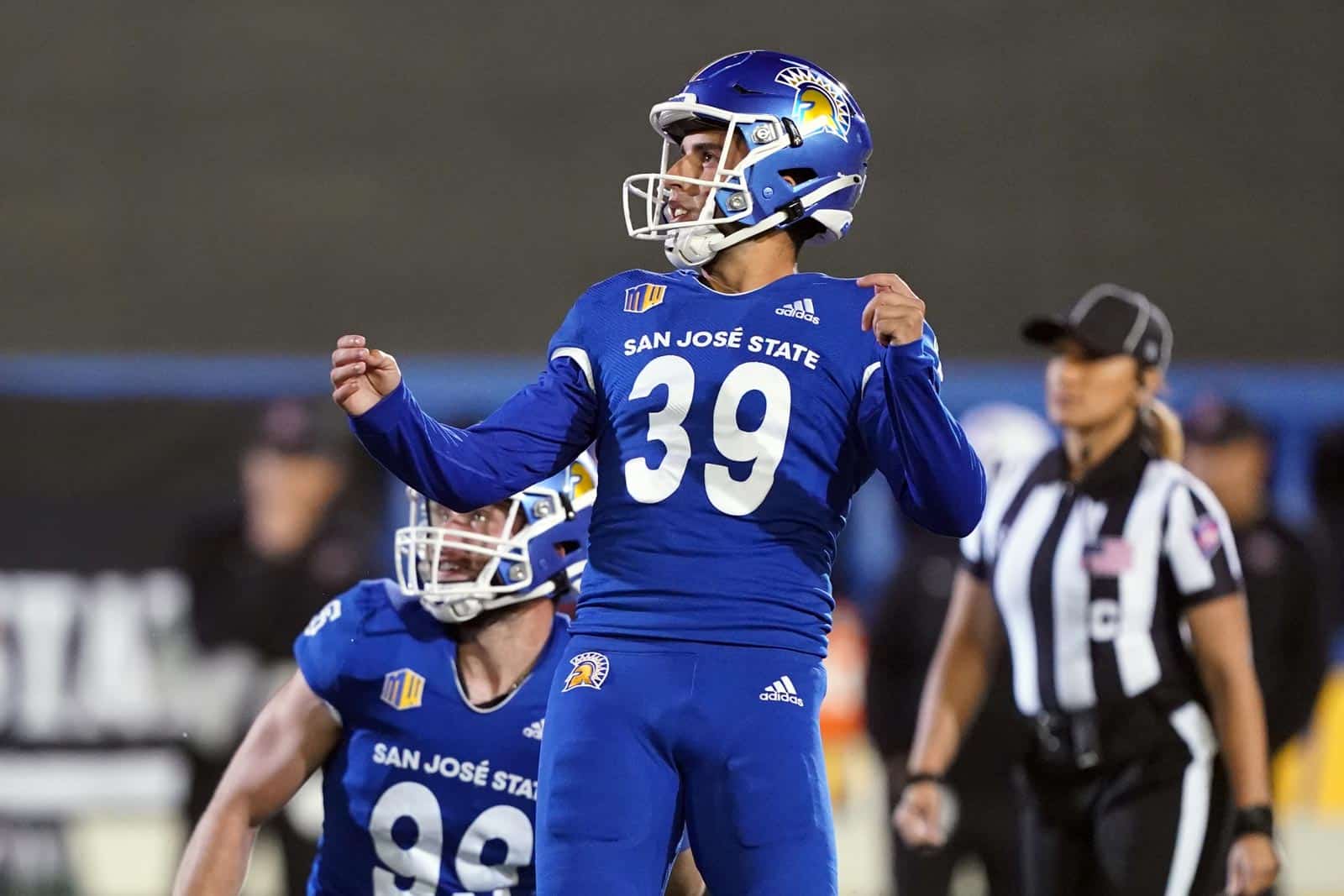 The San Jose State Spartans have added the Holy Cross Crusaders to their 2029 football schedule, FBSchedules.com has learned.

San Jose State will host Holy Cross at CEFCU Stadium in San Jose, Calif., on Saturday, Aug. 25, 2029, which is Week Zero that season. The Spartans will pay the Crusaders a $450,000 guarantee for playing the game, according to a copy of the contract obtained from San Jose State University via a state public records request.

The 2029 San Jose State-Holy Cross contest will mark the first-ever meeting between the two schools on the gridiron. The matchup is also the first scheduled non-conference game for both schools for the 2029 season.

Holy Cross is a member of the Patriot League in the Football Championship Subdivision (FCS). The Crusaders were an at-large team in the 2021 FCS Playoffs and defeated Sacred Heart in the first round, 13-10.

In the second round, Holy Cross traveled to Villanova and was defeated, 21-16 defeat. The loss ended Holy Cross’ 2021 season and they finished 10-3 overall and 6-0 in conference play.

San Jose State, a member of the Mountain West Conference, wrapped up their 2021 season 5-7 overall and 3-5 in conference action. The Spartans did not qualify for a post-season bowl game.

San Jose was scheduled to host the Cal Poly Mustangs on Thursday, Aug. 31, 2023. The game has been moved up to Week Zero on Saturday, Aug. 26, per a copy of an amendment to the original contract.

Why Holy Cross? And why so far out (2029)? $450k seems much. SJSU better off going with Big Sky or other western FCS programs.

I watched the 2021 Playoff Games between Holy Cross U & Sacred Heart U & between HCU & Villanova U. Those Playoff Games were better than many regular season P5 VS P5 Matches.

This is a game that makes ZERO sense……by 2029 the WAC will be up and humming. SJS can get games from either Big Sky or the WAC. The fanbase could care less about playing Holy Cross.

I like the WAC.
It’s a 1-AA Game which = already justifiably low on the Fan’s Care Meter.

I watched HCU’s Two 2021 Playoff Games VS Sacred Heart U & Villanova U & they were more exciting than many P5 VS P5 Matchups.

If SJSU scheduled a BigSky Program from the West Coast that would be a closer connection.

SJSU = a 1-A Dependent Conference School, it’s all the MW & nonconference 1-A Wins that matter.

Congratulations on SJSU putting together a Strong Covid Year Record in 2020.