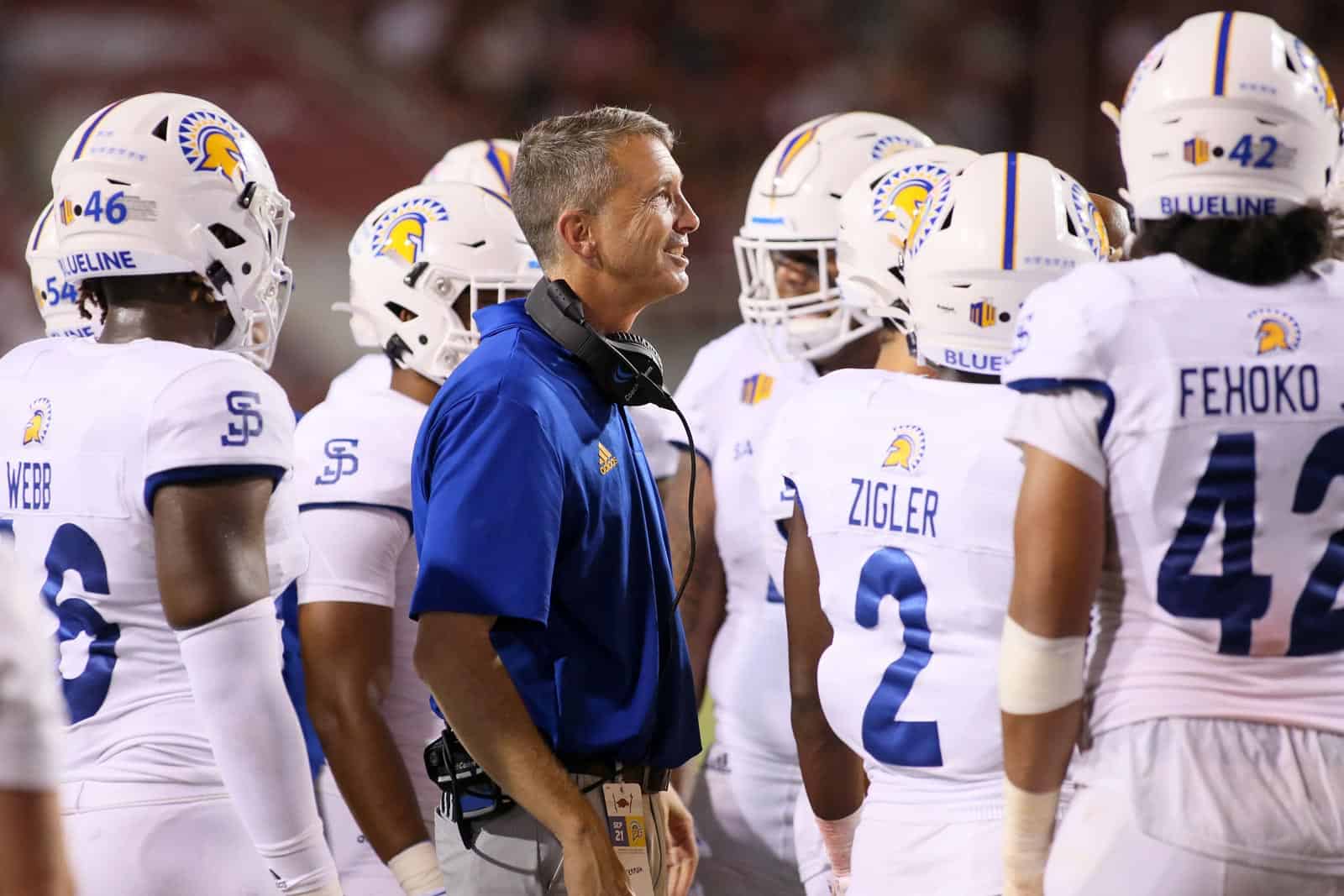 The San Jose State Spartans and the UConn Huskies have scheduled a home-and-home football series for 2020 and 2028, San Jose State announced on Thursday.

The 2020 contest between San Jose State and UConn will mark their first-ever meeting on the gridiron.

San Jose State was previously scheduled to host Army on Nov. 14, 2020, but that game has been canceled along with the contest scheduled for Sept. 18, 2021, in West Point, N.Y., according to a copy of the termination agreement obtained from San Jose State University via a state of California public records request.

The first game of the San Jose State-Army agreement was played on Oct. 13, 2018 in San Jose and the second and now final game is scheduled for this weekend, Saturday, Oct. 19, in West Point.

San Jose State’s non-conference schedule for the 2020 season begins with a road game at the Central Michigan Chippewas on Sept. 5. The Spartans are also scheduled to host the UC Davis Aggies on Sept. 12 and play at the Penn State Nittany Lions on Sept. 19 before closing against UConn.

UConn, which begins playing as a Football Bowl Subdivision (FBS) Independent next season, officially announced nine of their 12 games for 2020 today. The Huskies will host UMass, Indiana, Liberty, Army, and Maine and will travel to play Illinois, Ole Miss, San Jose State, and Virginia.