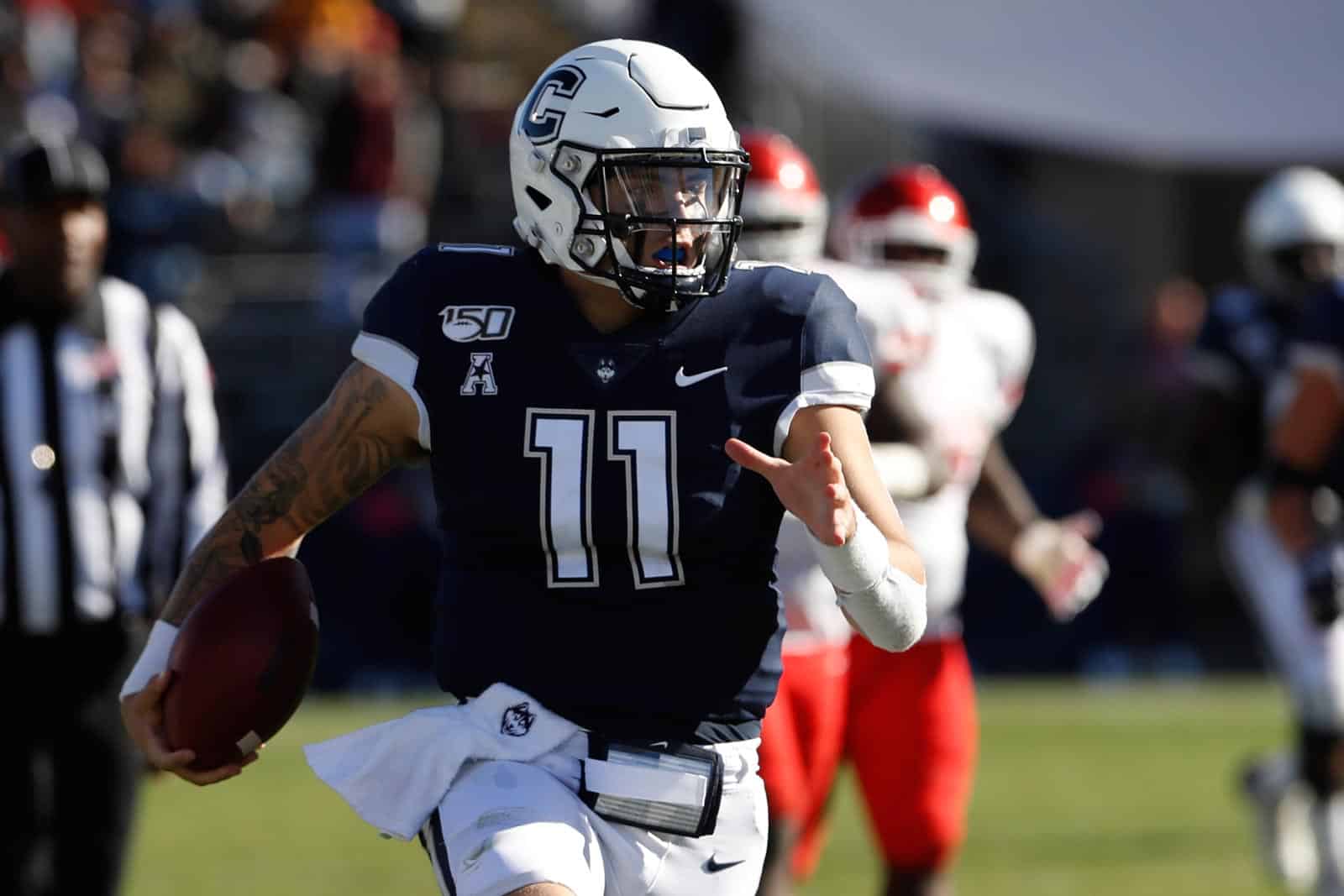 The UConn Huskies have announced nine opponents for their 2020 football schedule, which includes contests against four Power Five programs.

“I would like to thank the many Universities that collaborated with us as we continue to work through the complicated process of constructing our schedule for the 2020 season,” UConn director of athletics David Benedict said. “I feel that the schedule will be one that our football program and our fans can be excited about and I look forward to finalizing the 2020 schedule shortly.”

UConn is leaving the American Athletic Conference following the 2019 season and will begin playing as a Football Bowl Subdivision (FBS) Independent in 2020.

Four opponents on UConn’s 2020 football schedule were previously announced, with only one of the contests changing dates. UConn will host UMass to open the season on Thursday, Sept. 3, play at Illinois on Sept. 12, and host Indiana on Sept. 26.

Maine was previously scheduled to play at UConn on Sept. 19, but that game has been postponed to another date during the 2020 season that is to be announced.

The five new opponents that were announced today include Ole Miss, Liberty, San Jose State, Army, and Virginia. Below is a look at each opponent and what the changes are for their respective schedules.

UConn will travel to take on the Ole Miss Rebels at Vaught-Hemingway Stadium in Oxford, Miss., on Oct. 24, 2020.

In order to add the Huskies, Ole Miss postponed their contest against Middle Tennessee that was scheduled for the same date to Sept. 7, 2024.

As part of the agreement, UConn will receive no guarantee from Ole Miss. Ole Miss will still pay the $1.5 million guarantee to Middle Tennessee and UConn is contractually obligated to schedule the Blue Raiders (presumably in 2020).

UConn will host the Liberty Flames at Rentschler Field in East Hartford, Conn., on Oct. 31, 2020.

Liberty previously had 12 games announced for 2020. The Flames were slated to be off on Oct. 31, but will now be off the following week (Nov. 7) after postponing their contest at Virginia to the 2023 season.

UConn will travel to play the San Jose State Spartans at CEFCU Stadium in San Jose, Calif., on Nov. 14, 2020.

San Jose State was previously scheduled to host Army on Nov. 14, 2020. That contest, along with the return game in 2021, has been canceled.

The Army Black Knights will travel to East Hartford to take on UConn on Nov. 28, 2020.

Although Army hasn’t officially announced their 2020 schedule, the Black Knights had 12 games scheduled. As previously mentioned, it’s likely that their Nov. 14 contest at San Jose State has been postponed to another season.

UConn will travel to take on the Virginia Cavaliers at Scott Stadium in Charlottesville, Va., on a date to be announced in 2020. Virginia will pay UConn a $400,000 guarantee for the game, per the contract.

Virginia already had a full non-conference slate in 2020. In order to host UConn, the Flames postponed their contest against Liberty to the 2023 season, per A Sea of Red.

Texas Tech’s opening is on Sept. 12. Based on that and their scheduling history, they will likely add an opponent from the Football Championship Subdivision (FCS).

I am thinking MTSU may be opponent 10.

I am thinking BYU and Houston could be opponents 11 and 12 for UConn. These are schools that could be offered a MBB or WBB home-and-home, without harming UConn’s hoops SOS, to entice football home and homes starting in 2020 and postponing the BYU-Houston game 10/17 to a future season.

BYU typically plays six Power 5 and 6 Group of 5 teams (at least in 2020) so it will be interesting if U-Conn goes in that direction, or tries to schedule more Group of 5 teams.

Granted they have not scheduled Top 25 ranked teams, but it will be interesting to see what goals UConn independent football has for its schedule.

From reports in CT.

“there is an agreement in place with an unnamed ACC school that hasn’t been finalized yet.”

The only ACC with a current opening is Virginia Tech.

That only leaves 1 opening left. I can see a team like Old Dominion or other G5 home & home.

I’m happy for UConn that they appear on the way to putting together a schedule for 2020, but I continue to question the wisdom of this move. If it ends up being successful financially, the AD will deserve a raise, If not, the university president should be fired.