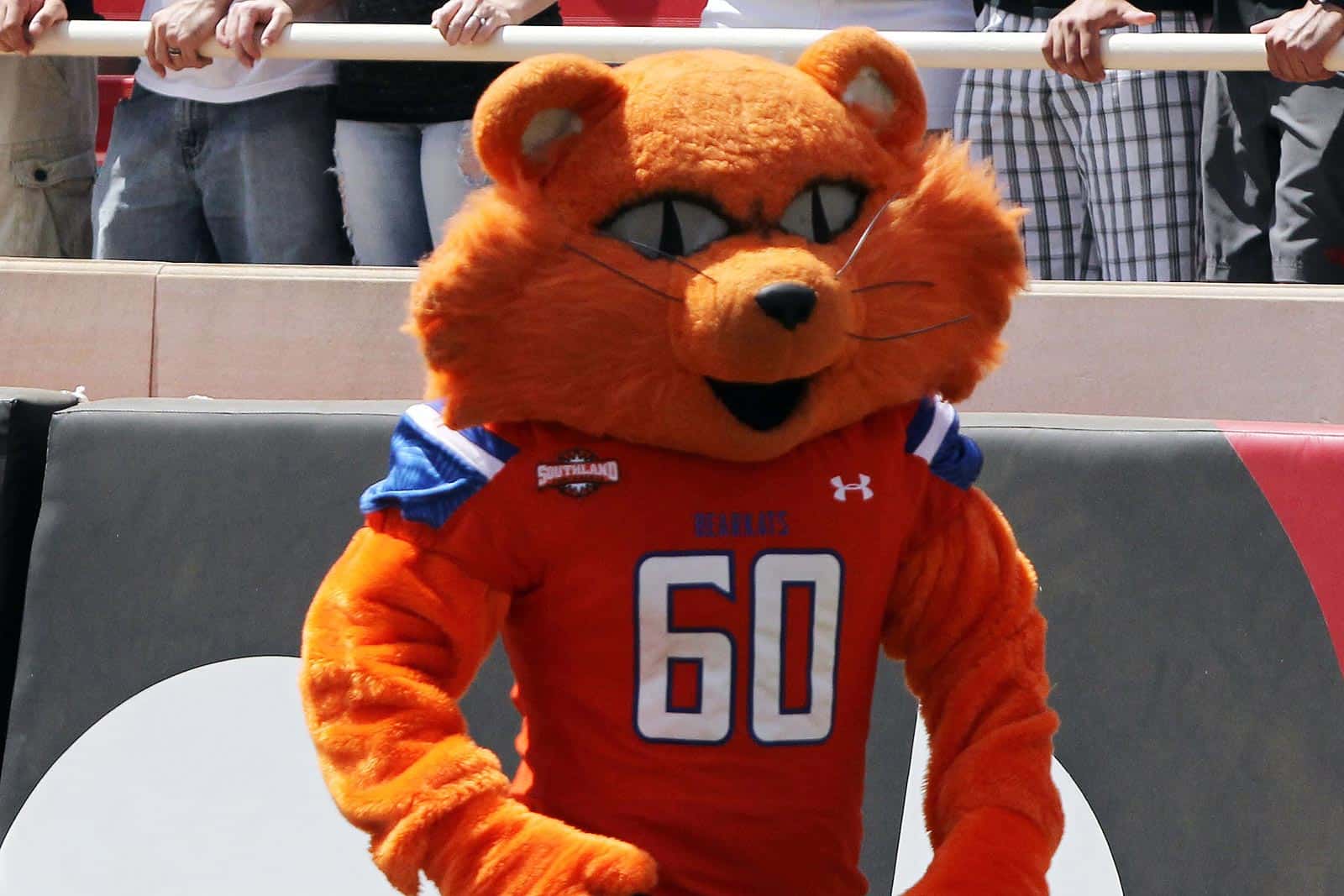 The Sam Houston State Bearkats have released their 2019 football schedule, and it includes six home games at Bowers Stadium in Huntsville, Texas.

Sam Houston State will open the 2019 season on the road in Albuquerque against the New Mexico Lobos on Saturday, Aug. 31. The Bearkats open their home schedule one week later on Sept. 7 against the Oklahoma Panhandle State Aggies.

“It was important for us to get an FBS game on our schedule,” said SHSU head coach K.C. Keeler. “It is something we have wanted to do for the last couple of years, but for one reason or another, the scheduling hasn’t worked out. This will be a very good early-season test for us.”

The non-conference portion of Sam Houston State’s 2019 football schedule concludes on Sept. 14 with a contest at the North Dakota Fighting Hawks.

Sam Houston State opens up their nine-game Southland Conference schedule at home at Bowers Stadium on Sept. 21 against the Incarnate Word Cardinals.

Next up for Sam Houston State are two games on the road, with the first in Lake Charles, Louisiana, against the McNeese State Cowboys. The Bearkats then return to the Lone Star State to take on the Stephen F. Austin Jacks at NRG Stadium in Houston on Oct. 5.

The Lamar Cardinals and the Nicholls Colonels visit Huntsville on Oct. 5 and Oct. 12, respectively, before the Bearkats travel for consecutive games at the Central Arkansas Bears on Oct. 26 and the Abilene Christian Wildcats on Nov. 9.

The Bearkats close out their 2019 regular-season schedule with back-to-back home contests at Bowers Stadium. The Bearkats host the Northwestern State Demons on Nov. 16 and the Houston Baptist Huskies on Nov. 23.

Sam Houston State finished the 2018 season 6-5 overall and 5-4 in Southland Conference action. The Bearkats missed out on the FCS Playoffs, which broke a string of seven-consecutive appearances dating back to the 2011 season.