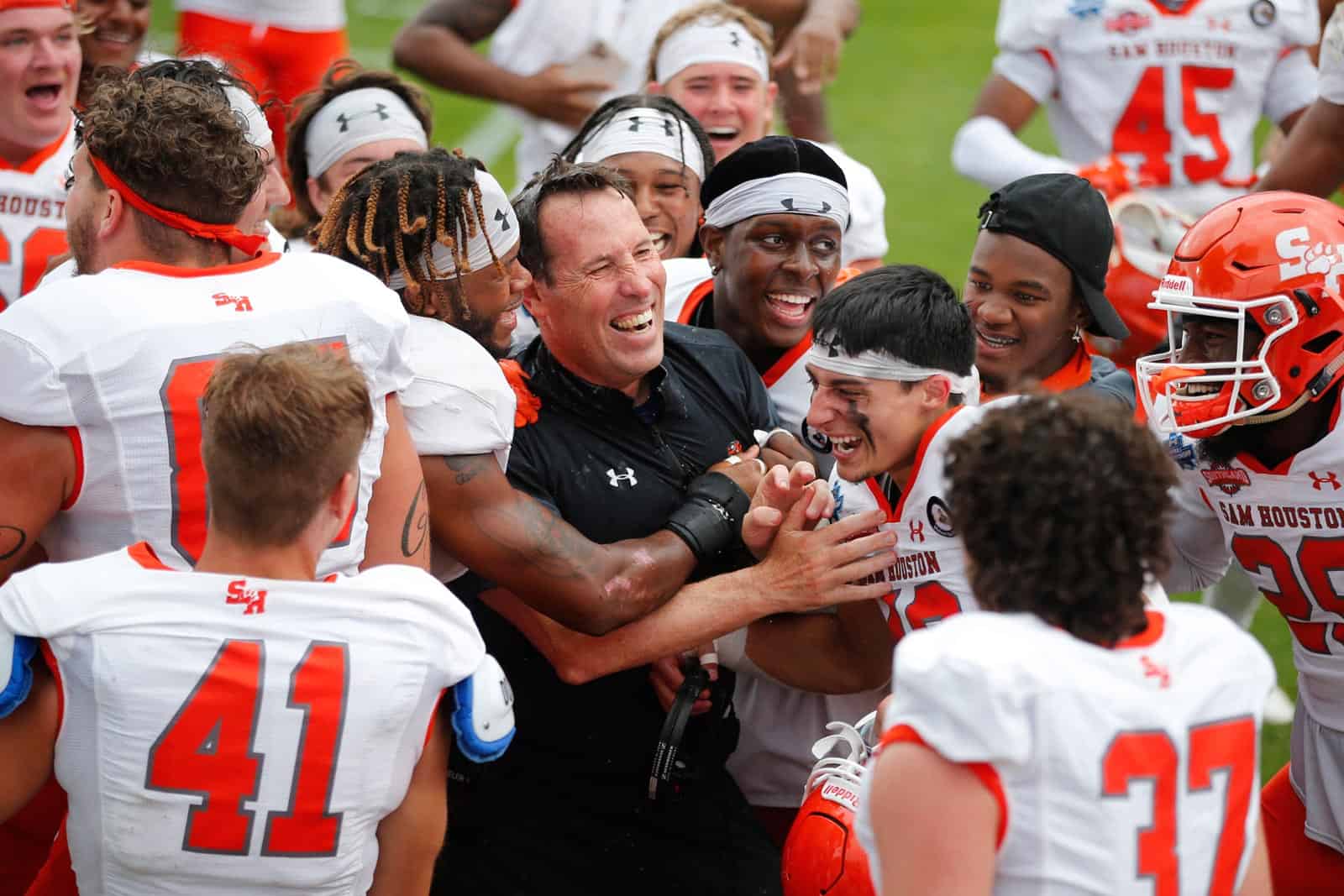 The Sam Houston Bearkats have added the Eastern Kentucky Colonels to their 2022 football schedule, the school announced on Tuesday.

Sam Houston will travel to take on Eastern Kentucky at Roy Kidd Stadium in Richmond, Ky., on Saturday, Oct. 15, 2022. The game will mark the second meeting between the two schools on the gridiron.

In their first meeting on the gridiron, Sam Houston hosted Eastern Kentucky at Bowers Stadium in Huntsville, Texas, and defeated the Colonels, 42-28.

Sam Houston is a member of the Western Athletic Conference (WAC), while Eastern Kentucky competes in the ASUN Conference, both in the Football Championship Subdivision (FCS).

The 2022 season will be the last for Sam Houston as a member of the WAC. The Bearkats will be ineligible for the FCS Playoffs due to its transition to Conference USA in the Football Bowl Subdivision (FBS) in 2023.

Sam Houston announced the Eastern Kentucky matchup in conjunction with the release of their entire 2022 football schedule. Other non-conference opponents for Sam Houston include Texas A&M on the road (Sept. 3) and home tilts against Northern Arizona (Sept. 10) and Texas A&M-Commerce (Sept. 17).

FCS schools play 11-game schedules but can play 12 games in years when the period starting with the Thursday before Labor Day and ending with the final Saturday in November contains 14 Saturdays. The next time the calendar will allow 12 regular-season games is 2024 and again in 2025.

Cool, thanks for the info!

The Fake Playoff Subdivision 1-A had Eleven Games a Season until 2010 or somewhere around that Time.

Meaningful Games like 1-AA The Football CHAMPIONSHIP Subdivision has now. 1-AA Teams that are above Mediocre receive the Privilege to play 12, 13,14, 15 Games when They earn a Playoff Spot in the 24 Team Field. No 1-AA FCS School who has a 1A 6-6 equivalent Record is rewarded with a playoff Berth.

The 1 each lower Division Game played by 1-A Schools makes their regular Seasons even more meaningless than they already are when they’re not in the Top 12.