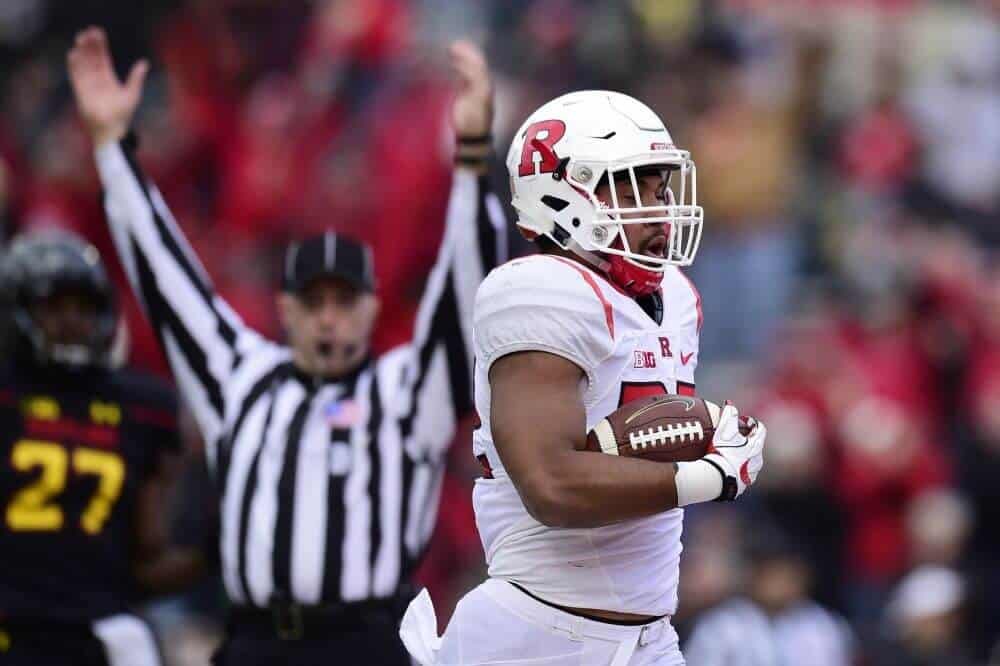 Rutgers and Boston College have added a 2019 and 2022 home-and-home series to a previously reported series scheduled for 2026 and 2027, Rutgers’ sports information department reported Tuesday afternoon.

The additional games reported Tuesday will be played at Rutgers’ High Point Solutions Stadium on September 21, 2019, and at Boston College on September 3, 2022.

Boston College joins a road game at Temple (September 17, 2022) on the Scarlet Knights’ non-league slate. The Eagles have 2019 contests scheduled at Notre Dame (November 23) and vs. Richmond (TBA), while BC’s 2022 campaign features home games with UMass (September 17) and UConn (November 19), with a to-be-announced home date against Notre Dame.

For Rutgers, the series with Boston College essentially replaces previously scheduled games with Miami (FL) in 2018 and 2019, per a report by NJ.com. The Scarlet Knights backed out of the series and will reportedly pay the Hurricanes a $100,000 fee.

A correction. The road game at Miami was canceled by Rutgers at a cost of $100,000 to allow the BC game to be played. It will not be rescheduled. Rutger has two opening to be filled on its OOC schedule.

This is a good deal for Rutgers, If Boston College stinks, then it give Rutgers a remote possibility of winning a P5 OOC game. Rutgers should never again schedule teams like Washington which they did in 2014 knowing full well that giving Chris Petersen 3 years to get Washington to the next level would result in a bloodbath for Rutgers before the Big 10 season and further cement Rutgers into the sub basement of college football rankings. Expect another route in 2017 when Washington comes to New Jersey in September before Rutgers gets dismantled by the likes of Michigan Michigan State, Ohio State and Penn State just like 2016. There is no reason to believe and no evidence in the offing that Rutgers will ever be a serious player in the Big 10-certainly 120 years of mediocrity supports that thesis.

Still hoping Rutgers and Princeton gets done in 2019 for 150th anniversary of first college game. Nov 9 is days from the anniversary and both have open date that day. If they’re going play Norfolk State or Howard might as well play Princeton for its FCS game. Ivy havent played a played a power 5 team in 30 years though . ( Cornell at Stanford around 1990