Round 1 of Mike Leach and Mississippi State vs. the defenses of the SEC 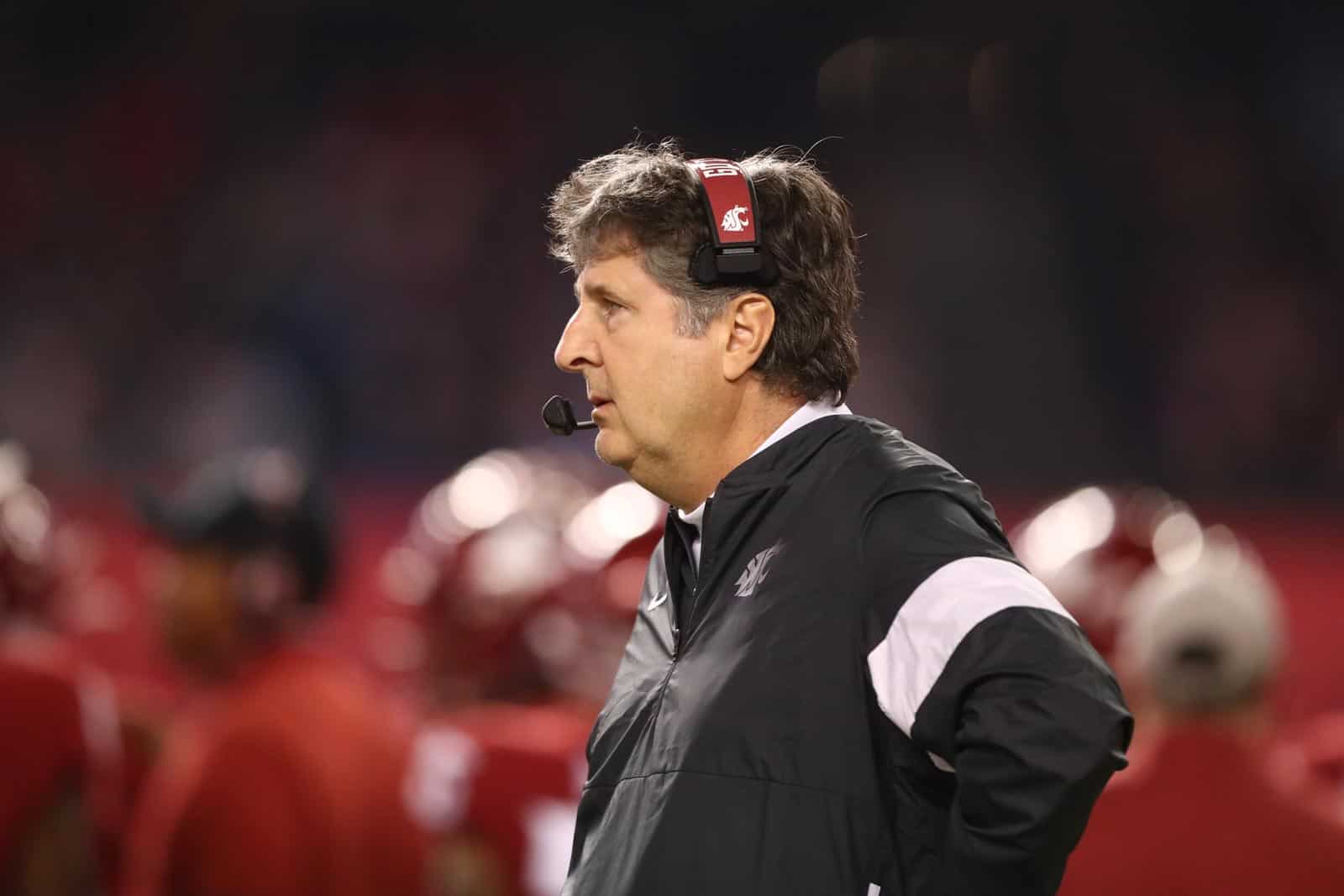 Remember, if you will, a simpler time: a long-ago haven where instead of wondering if our team would actually play the games on their schedule – a luxury that we didn’t even know was a luxury – we wondered if it could win enough games to earn a postseason appearance.

Hark back to that sweet time, just months ago, when the storylines that mattered the most were about predicting what would happen on the field in the upcoming season.

If 2020 were say, 2019, one of the major talking points would have been how Mississippi State’s new head coach, Mike Leach, would fare against a string of SEC defenses. Indeed, friend, while it’s one thing for him to have racked up yards on the defenses of the Big 12 (at Texas Tech from 2000-09) and Pac-12 (at Washington State from 2012-19) – what would his fast-paced, point-machine look like against the best defenses in the land?

For all we don’t know, we do know who the Bulldogs will face on their revised schedule this season, and we do know how each opponent looks, at least on paper, defensively.

Mississippi State’s slate consists of its regular dates with fellow members of the SEC West, its annual clash with permanent-cross division rival Kentucky and a pre-booked date with Missouri (its rotating opponent from the East for 2020). That leaves the “plus two” opponents from the East – Vanderbilt and Georgia – which MSU drew to get its revised slate to ten SEC foes.

Before assessing the defensive strength of each opponent – what does Leach have in his offensive arsenal coming into the season?

The Bulldogs return six starters to an offense that finished last season ranked No. 74 nationally in scoring (27.6 points per game), No. 21 in rushing (220.6 yards per game) and No. 109 in passing (179.5 yards per game). Included are the starting quarterback (though there is currently a three-way battle for that spot in 2020), the top two rushers and then the top receiver from a year ago.

With little practice under their belts and no “preseason” games with non-Power opponents to warm up the engine, it’s an offense that will be tasked with transitioning from a run-centric unit to an air raid attack. They’ll do it against the following defenses.

LSU returns five defensive starters to a unit that finished last year ranked No. 31 nationally in scoring defense, No. 21 vs. the run and No. 59 vs. the pass. With DC Dave Aranda off to Baylor, Bo Pelini takes charge of the defense and will employ a 4-3 scheme. Phil Steele rates the Tigers’ defensive backs – as a unit – as the second best in the entire nation for 2020.

Arkansas is set to return six starters to what was one of the worst defenses in the FBS in 2019 – ranked No. 124 in scoring, No. 122 vs. the run and No. 59 vs. the pass. Like LSU, the Razorbacks will welcome a new DC in Barry Odom who is fresh off four seasons as the head coach at Mizzou. Though they should improve, the Hogs aren’t mentioned in Steele’s Top 60 defensive back units.

The Wildcats return seven defensive starters to a unit that quietly finished 2019 ranked No. 14 nationally in scoring. Though they were No. 62 vs. the run, they over-achieved to a No. 2 ranking – again in the entire FBS – vs. the pass. Steele rates the 2020 edition of the secondary as the fifteenth strongest in the nation.

Texas A&M welcomes back a whopping nine starters to a defense that performed well last season – No. 36 in scoring, No. 30 vs. the run and No. 41 vs. the pass. Included among the returners are the top four tacklers and all but one member of the starting secondary. Steele has the Aggies’ defensive back unit at a lofty No. 6 in the FBS.

Not surprisingly, the Tide earned high marks defensively in 2019, finishing the season ranked No. 13 in scoring, No. 37 vs. the run and No. 11 vs. the pass. While they bring back only five starters on defense, their depth earns them a top 10 mention in each of Steele’s defensive unit rankings including a No. 9 spot among secondaries.

The upside for Vanderbilt is that no SEC defense returns as many starters as it does in 2020, welcoming back all 11 starters from last year. The downside is that the Commodores weren’t effective defensively in 2019, finishing ranked No. 95 in scoring, No. 115 vs. the run and No. 66 vs. the pass. Though they should improve, Steele doesn’t have the secondary in his Top 60.

Auburn brings back a mere five starters to a defense that was ranked No. 17 in scoring, No. 25 vs. the run and No. 47 vs. the pass in 2019. Included in the losses are most of the starting secondary and five of the eight top tacklers. Steele has the Tigers’ defensive backs ranked at No. 48 nationally.

The Bulldogs return a robust eight starters to what was the best defense in the SEC last season – ranked No. 1 nationally in both scoring and vs. the run and No. 31 vs. the pass. Included in the haul are eight of the ten top tacklers. Steele has the secondary ranked at No. 4 overall.

While the Rebels’ defense fared decently in scoring (No. 59) and vs. the run (No. 42) last season, they were more than generous vs. the pass, finishing at a dismal No. 120. While they return a paltry five defensive starters in 2020, they bring back four of their top five tacklers from a year ago. The secondary is not mentioned in Steele’s Top 60.

Missouri’s 6-6 finish last season diminishes its achievements on defense which included a No. 15 finish – nationally – in scoring, a No. 31 mark vs. the run and a blistering No. 6 rank vs. the pass. Seven starters return to the unit this season including three from the secondary. Steele has the defensive backs at No. 37.

Last year, Leach’s final product at Washington State finished ranked No. 1 in the nation in passing yards per game and No. 11 overall in scoring. Of the 12 FBS opponents the Cougars faced last season (a number that includes Air Force in the Cheez-It Bowl), seven – or almost 60% – had a pass defense that finished among the eighteen worst units in the FBS (each was ranked at No. 112 or lower). Four of these finished in the bottom ten (No. 121 or lower).

WSU squared off with only one defense ranked in the top 15 in passing yards per game last season – Utah, which finished at No. 12. The remaining four foes all earned a pass defense ranking between No. 51-56.

Compare that with 2020’s lineup for Leach – where seven of his ten opponents are ranked within the top 50 of Steele’s secondary rankings with four foes ranked in the top ten. It all adds up to, at least in 2020, a forecast for less yards and fewer points for the offensive wizard.