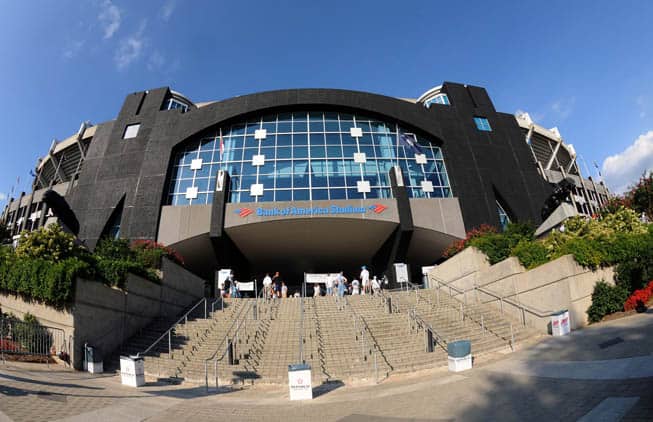 The North Carolina Tar Heels and the South Carolina Gamecocks will open the 2015 season at Bank of America Stadium in Charlotte, The Charlotte Observer has reported.

The game will be played on Saturday, Sept. 5, 2015. An official announcement is expected on Thursday to at the stadium.

North Carolina and South Carolina have met 55 times since 1903. The Tar Heels lead the overall series 34-17-4, but the Gamecocks have won five of the last seven contests.

UNC and USC, which meet in Columbia, SC to open the 2013 season, have met on neutral fields twice but never in Charlotte. The two schools met in Durham, NC in 1910 and Norfolk, VA in 1955.

If, or when, the match-up is finalized, North Carolina will have their first non-conference opponent for the 2015 season.

The Gamecocks already have four non-conference games scheduled in 2015 and will have some shuffling to do. A game at East Carolina is currently scheduled as their season opener on Sept. 5, but it will obviously have to be moved or postponed. South Carolina is also slated to host UCF (Sept. 26), The Citadel (Nov. 21), and Clemson (Nov. 28).

Yes, the SEC is worried about strength of schedule in the new College Football Playoff.

….and the Gamecocks’ 2nd game will be vs. Savannah St. or Presbyterian.