Report: Alliance of American Football could fold as early as this week 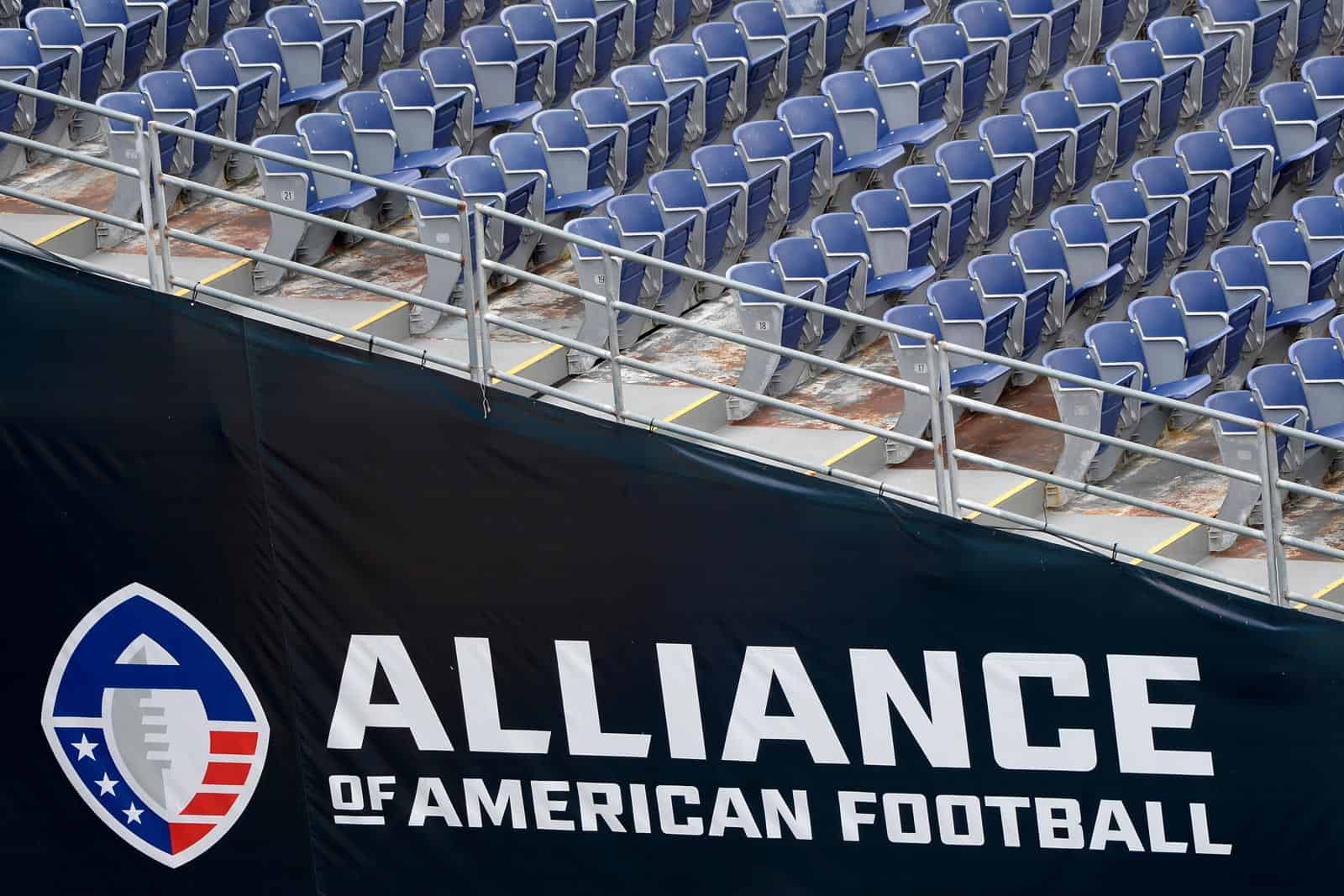 The Alliance of American Football, which began its inaugural season in February, could fold as early as this week, according to a report from USA TODAY Sports.

Losing millions of dollars each week and unable to secure NFL practice squad players on a loaner/minor league type of agreement, the AAF could fold as soon as this week. https://t.co/YpHqW8uxwI via @usatoday

The majority owner of the AAF, Tom Dundon, told USA TODAY that the league needs young players from the National Football League, but the NFL Players’ Association will not cooperate.

“If the players union is not going to give us young players, we can’t be a development league,” said Dundon, who in February committed to invest $250 million into the league. “We are looking at our options, one of which is discontinuing the league.”

The person said the players’ union is founded on the belief that using active NFL players and practice squad members for the AAF would violate the terms of the CBA and the restrictions that prevent teams from holding mandatory workouts and practices throughout the offseason. The limitations set in place are designed to ensure the safety and adequate rest and recovery time for football players. But there’s a concern that teams would abuse their power and pehaps force young players into AAF action as a condition for consideration for NFL roster spots in the fall.

The additional concern on the NFLPA’s part is that if an NFL player played in the AAF and suffered serious injury, that player would face the risk of missing an NFL season and lose a year of accrued experience, which carries financial ramifications for players.

Last week, the AAF announced that they were moving their championship game from Las Vegas, Nevada, to Frisco, Texas. At the time it looked like a strategic move due to the involvement of Dallas Cowboys owner Jerry Jones.

The AAF is entering their eighth week. Games scheduled for this weekend include Orlando at Memphis and San Diego at Salt Lake on Saturday, March 30, followed by Atlanta at Birmingham and Arizona at San Antonio on Sunday, March 31.

The Orlando-Memphis game was previously scheduled to be streamed via Bleacher Report Live. If the league continues through the weekend, that contest will air on TNT according to an announcement today.

How much money are they getting for the TV games? It really does not matter to me much if they have practice squad players or not. Just have someone I have heard of and actually have reasonably good football. The games in the beginning were dominated by defenses, lately the offenses have caught up. I actually enjoy watching the games over NHL, NBA or Golf.

I do hope they continue the league.

I could be wrong but I don’t think the league makes any money off of TV, I don’t think they have a contract.
This sucks!
I don’t think it will hurt the NFL if it folds & I can see why the AAF is asking for younger players, I plan on going to the Iron game this weekend. I missed the game a couple of weeks ago in fear of not knowing how the weather was going to be, now I may miss a game because the league folds……GEZZZ!

Personally, I don’t watch the AAF but it would be a shame if the league folds before this weekend (or before the first league year is finished).

Matt, it’s really not bad. If the games are on this weekend give it a look

The NFL threw money away years ago with the WLAF and NFLE, yet can’t see the benefit of letting another group lose the money instead? All the NFLPA positioning is such nonsense. They didn’t prevent the WLAF and NFLE from existing. The best part for the NFL is the AAF *never* suggested it would ever try to compete with the NFL, only complement. This is very different from the XFL, UFL, USFL, WFL, and the first few AFLs and the AAFC. What a missed opportunity not to work something out.

I live a 5 hour drive from the nearest team, anyone know how the paid attendance is? From the TV the stands look often 1/3 full but first year leagues should be giving away tickets hoping people enjoy it and come back.

The point about TV money and who is actually selling Ads and making money is interesting as well. The league started out with only a few games on TV and many more “streaming” but more and more cable TV is getting games, but are they paying money, or just “building brand”

I do hope they make it.

Isn’t this a point that should have been ironed out a long time ago?

I mean it seems silly to get to this point and need players.

I hope the league makes it, but if you can’t figure this stuff out by week seven, it probably won’t.

I can not think of another owner who actually successfully launched a non union enterprise and then threatened to stop that enterprise if they could not get unionized labor.