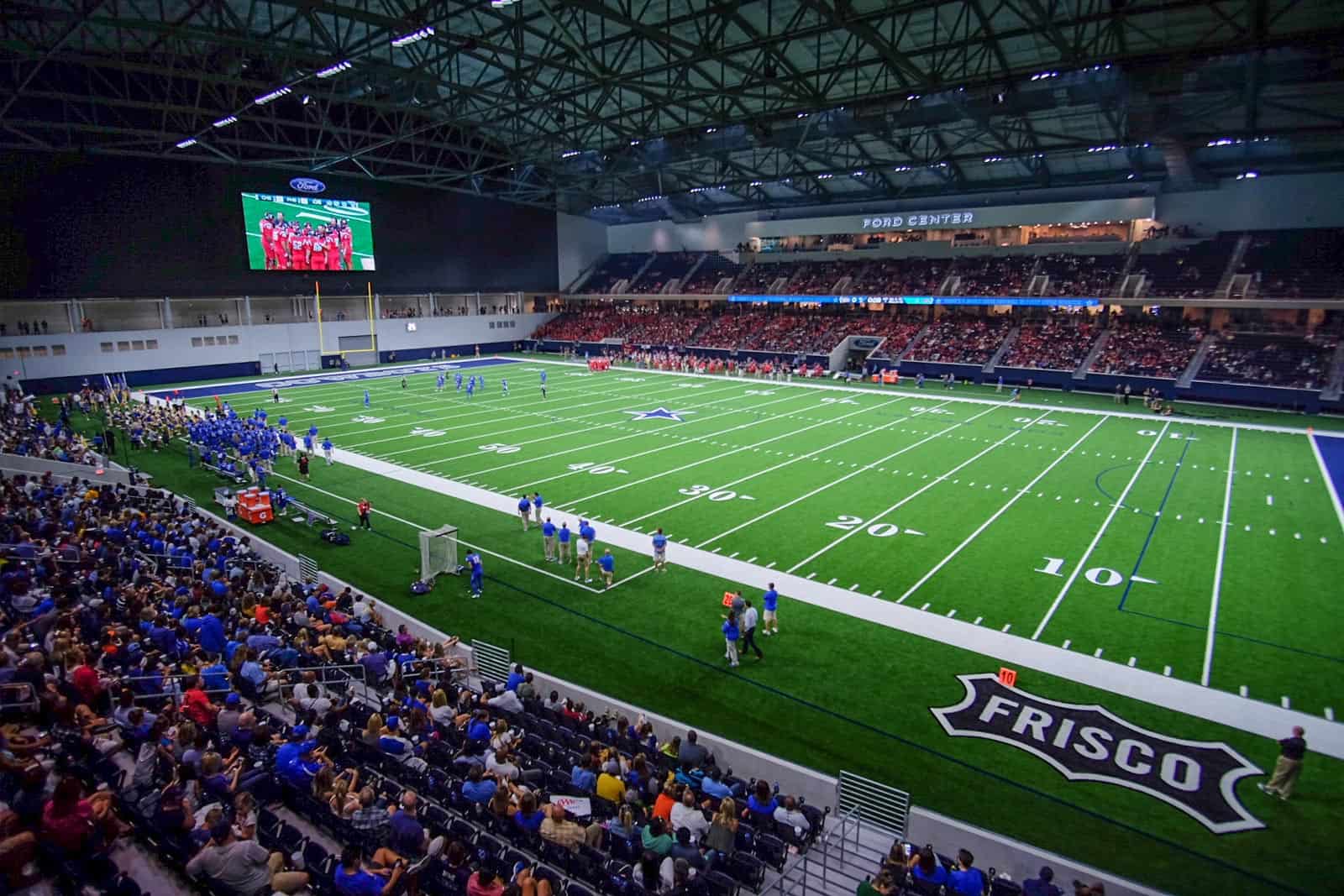 The Alliance of American Football has announced that the 2019 Alliance Championship will be played at Ford Center at The Star in Frisco, Texas.

The game was previously set to be played at Sam Boyd Stadium in Las Vegas, Nevada. The game is still scheduled for Saturday, April 27 and will be televised nationally by CBS at 8:00pm ET.

Ford Center at the Star, located in Frisco, Texas, is a 12,000-seat indoor stadium. The facility is owned by Dallas Cowboys’ owner Jerry Jones and the Cowboys use it for their practice facility.

“The Alliance has built a foundation of high-quality football, revolutionary technology and world-class partnerships with the NFL, CBS and Turner Sports,” said Jerry Jones, owner, president and general manager, Dallas Cowboys. “It was only natural that we at the Cowboys organization would want to join that great group of partners. I have always believed that our great game of football could use a league to give players the shot they needed to make it to the NFL, and Bill Polian, Tom Dundon and Charlie Ebersol, have done just that. We are proud to be able to host their inaugural Championship Game.”

“Since joining The Alliance, I’ve ignited a mission to accelerate the growth of our league in its next phase as a complementary developmental league for the NFL and its players,” said Tom Dundon, control owner and chairman, The Alliance. “Our commitment to the three Alliance stars, the fans, players, and the game, were at the forefront of our decision to move the game to this magnificent facility.”

The 2019 AAF Playoff Schedule begins with one conference championship game on Saturday, April 20 and one on Sunday, April 21. The Sunday game has been picked up by CBS and will be televised nationally at 12:00pm ET.

“We are eternally grateful to the people and city of Las Vegas as well as Las Vegas Events and the LVCVA for their early support and confidence in what we have created,” said Charlie Ebersol, co-founder & CEO, The Alliance. “Not only is Las Vegas the home of our investor and world-class partner, MGM Resorts International, Vegas is the undisputed mecca for live events. While we won’t play our championship game in Vegas this year, we will still be offering a one-of-a-kind experience for Alliance fans in Las Vegas during our Championship weekend.”

“Jerry Jones isn’t just a close friend of Tom, Charlie and mine, but he is also a great supporter of our league,” said Bill Polian, head of football, The Alliance.”To be able to showcase our brand of top-flight football on NFL Draft weekend in the state-of-the-art football facility built by Jerry is a Texas-sized win for our league. Texas has played a huge support role in the launch of The Alliance. Our San Antonio Commanders average nearly 30,000 in attendance for home games, and we are sure football fans in Dallas/Fort Worth will support our Championship.”

Not sure how I feel about this change, I was excited about it being in Vegas. Now they are bringing it to a 12,000 seat stadium in Texas. Not sure if this is a smart move or not, at least may be they can sell out the game I guess.

Day, I agree with you but I think showing another tie-in with the NFL is a great move for the AAF

Is it that hard to sell tickets to a neutral site AAF championship game? All signs show the league is doing well, games are being picked by major cable networks, players are still playing, none have quit, sure there a bunch of empty seats, but so does baseball.

What am I missing?