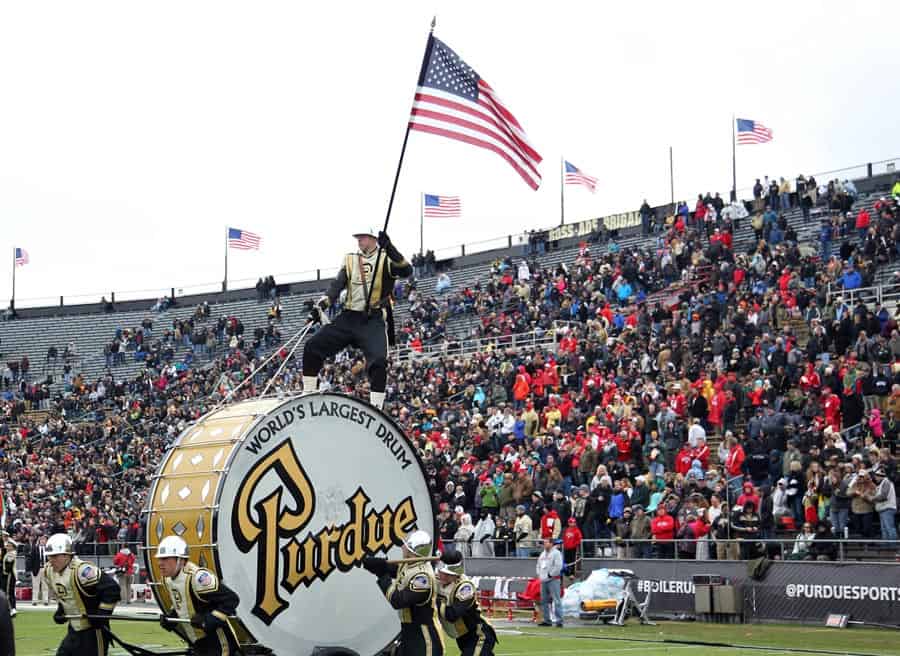 The Purdue Boilermakers have added the Ohio Bobcats to their 2017 football schedule.

Purdue will host Ohio at Ross-Ade Stadium in West Lafayette, Indiana on Sept. 9, 2017. The contract, a copy of which was obtained from Purdue, was signed last August and calls for the Boilermakers to pay the Bobcats a $550,000 guarantee for the game.

The two schools have played seven times since 1933, all in West Lafayette, and last met in 1988. Purdue leads the series 7-0.

Purdue’s non-conference schedule is now complete for the 2017 season. The Boilermakers are scheduled open the season against Louisville at Lucas Oil Stadium in Indianapolis on Sept. 2. Two weeks later on Sept. 16, Purdue travels to Columbia to take on the Missouri Tigers.

The addition of Ohio gives the Boilermakers two MAC teams on their future schedules. Purdue is also slated to host Eastern Michigan on Sept. 8, 2018, a matchup that was reported last year.

With the Big Ten vowing to discontinue the scheduling of FCS teams, we’ll likely see more non-conference matchups between teams of these two conferences.

Ohio now has three non-conference games scheduled for 2017. The Bobcats are also scheduled to host Kansas in Athens on Sept. 16 and later travel to face UMass on Sept. 30.

because Ohio gets an home/home basketball series with Purdue with only taking $500,000 for the away football game.

Purdue as a bottom 1/2 B10 team lately has a surprising 2017 schedule. They play Mizzou and Louisville..2P5’sOOC. They will likely only be favored in the Ohio OOC game.

With the B1G going to 9 games plus a P5 OOC game, and some schools scheduling 2 and even 3 P5 in future years, that doesn’t leave any more spots for MAC schools, maybe fewer. The B1G was playing about 6 FCS games a year, but going to 9 B1G games means 14 fewer OOC games. There is also an increase of 10 P5 games per year. By my count that means about 18 fewer slots for G5 schools than the B1G plays now.

I think the B1G will let 2016 slide on FCS schools, but I expect the 2017 onward games will get cancelled (below)

The SEC and ACC consider BYU a P5 team and from the looks of scheduling the Pac 12 does too.
Maybe we all should

The B1G, SEC, and ACC have all said they count BYU games as P5. The Pac-12 and Big XII do not have an OOC P5 requirement wince they have 9 games, although most of the schools schedule one or two anyway. IN general there are fewer games to be had for the G5 against the P5 except BYU

Isn’t UMASS a MAC team for football? If so, that’d only give OU 2 games if your info is correct….

UMass is leaving the MAC and will be an FBS Independent beginning next season.