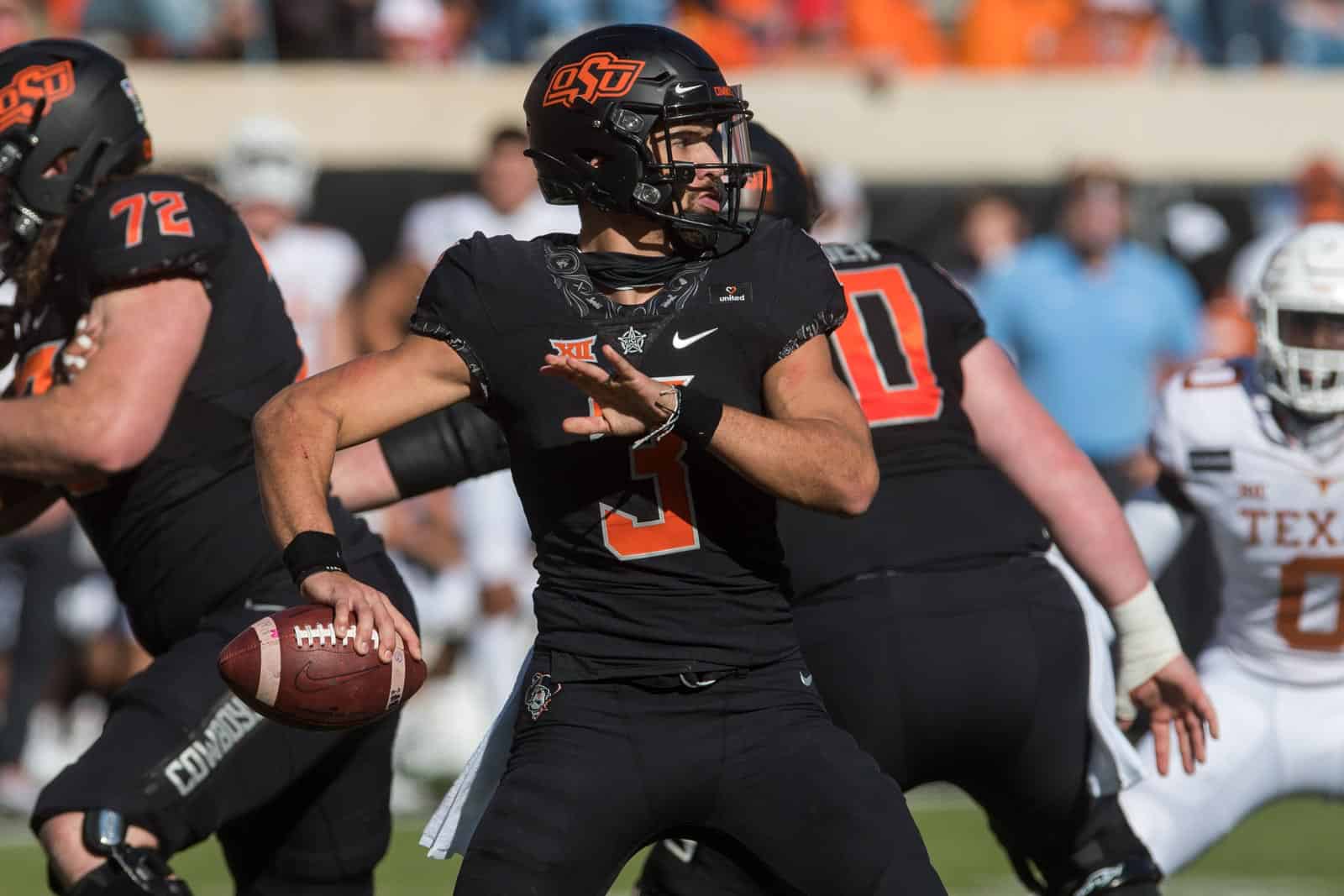 Of the 64 members of a Power Five league, only three (or four percent of the field), won’t play a Power Five member (plus Notre Dame or BYU) in non-conference action in 2021. That’s down half from the six who didn’t schedule such an opponent in 2020.

It’s a significant competitive advantage for each team listed.

Though it may make goals such as bowl eligibility easier, the choice not to schedule a Power opponent outside of league play has the potential to squash bigger dreams. Indeed, if any of these three under-schedulers were to magically run the tables and become a part of the CFP conversation this seemingly insignificant caveat might change everything.

Suddenly, in the name of schedule strength, you become the No. 5 team in the country and you’re not playing for a national championship.

What confuses Indiana’s case is that the Big Ten has legislated that, in addition to independents Notre Dame and BYU, that Air Force, Army, Cincinnati, and UConn are also to be counted as Power opponents. So, technically speaking, Indiana is complying with “local” regulations. But they make the list because this is a national comparison of schedules. The case highlights the absolute inequality the Big Ten has created by cherry-picking which Group of 5 schools can be magically deemed worthy of a special seal of approval.

Because, regardless of how good Cincinnati played last year, or how well its predicted to play this season – they are a member of the American Athletic, which is a good league, but it’s not a Power 5 conference.

While Indiana was slated to play UConn in 2020 and hosted the Huskies in 2019 – another of the Big Ten’s “special” opponents – it hasn’t played a Power 5 member in non-conference action since 2018 when it hosted Virginia and won 20-16.

Compare Indiana’s non-league slate with in-state rival, and fellow Big Ten member, Purdue which opens the season with Oregon State, travels to UConn in Week 2, and then has a Week 3 roadie at Notre Dame. According to Big Ten standards, that’s three Power opponents vs. the Hoosier’s one. According to national standards, it’s two vs. zero.

Indiana doesn’t have a Power 5 member scheduled out of Big Ten play until 2023, when it’s slated to meet Louisville in Indianapolis. It also has the Cardinals booked for a home-and-home series in 2024/25.

Oklahoma State failed to schedule a non-conference Power 5 opponent as recently as 2018, when it similarly hosted Boise State, South Alabama, and FCS Missouri State. It won all three contests, which ended up – after a 3-6 mark in Big 12 play – being the difference maker in bowl eligibility.

Compare the Cowboys’ 2021 non-conference slate to West Virginia’s – the Mountaineers open with a date at Maryland, host FCS Long Island in Week 2 and then welcome Virginia Tech in Week 3.

This is the first season that Texas Tech hasn’t booked a Power foe out of league play since 2013, when it played at SMU and hosted Texas State and FCS Stephen F. Austin to start the season. Those Red Raiders got off to a 7-0 start and were ranked No. 10 coming into a showdown at (17) Oklahoma. Five consecutive losses later, and despite an upset victory over (16) Arizona State in the Holiday Bowl, Tech finished 8-5 and unranked.

Rather than an anomaly, the 2013 season was the finale in a run of nine straight seasons without a non-conference Power opponent. Though the Red Raiders did have dates with TCU in 2004 and 2006, the Horned Frogs were members of the C-USA and then the Mountain West when those games were played.

Another disparaging article about G5 schools. Seriously, what is the point? Playing Tulsa and Boise State is tougher than playing Rutgers, Kansas, Duke, and about 15-20 other “Power” 5 schools.

this is spectacularly shortsighted. If Cincy and a road game! at Boise St aren’t enough to generate praise ………Indiana with a nine game conference schedule (the harder part too), and Oklahoma St as well playing nine. I’ll leave this there

There needs to be a running list of Group of 5 teams that count, at least for this website, as Power 5 and a list of Power 5 schools that should count as Group of 5. 5 teams on each list seems fitting.

We don’t count teams as P5 arbitrarily. That comes from the conferences.

I’m okay with P5 schools playing G5 nonconference games. What I don’t like is for a PF school to play an FCS school and two G5 schools. That isn’t fair. But, we make too big of a deal of this. If Kansas State wants to play Villanova, Bowling Green and Tulane, who cares? if they go 12-1 (with Big 12 title), that NC schedule might prevent them from a CFP berth, so be it.

There are far greater tragedies in the world.

I don’t like the fact that G5 teams are counted as “power” opponents, but I can also accept the argument that Notre Dame is considered a “power” opponent (and even the service academies just for the respect factor). However, what I completely can not accept is the Big Ten considering UConn a “power” opponent. Seriously?! Isn’t that just embarrassing?