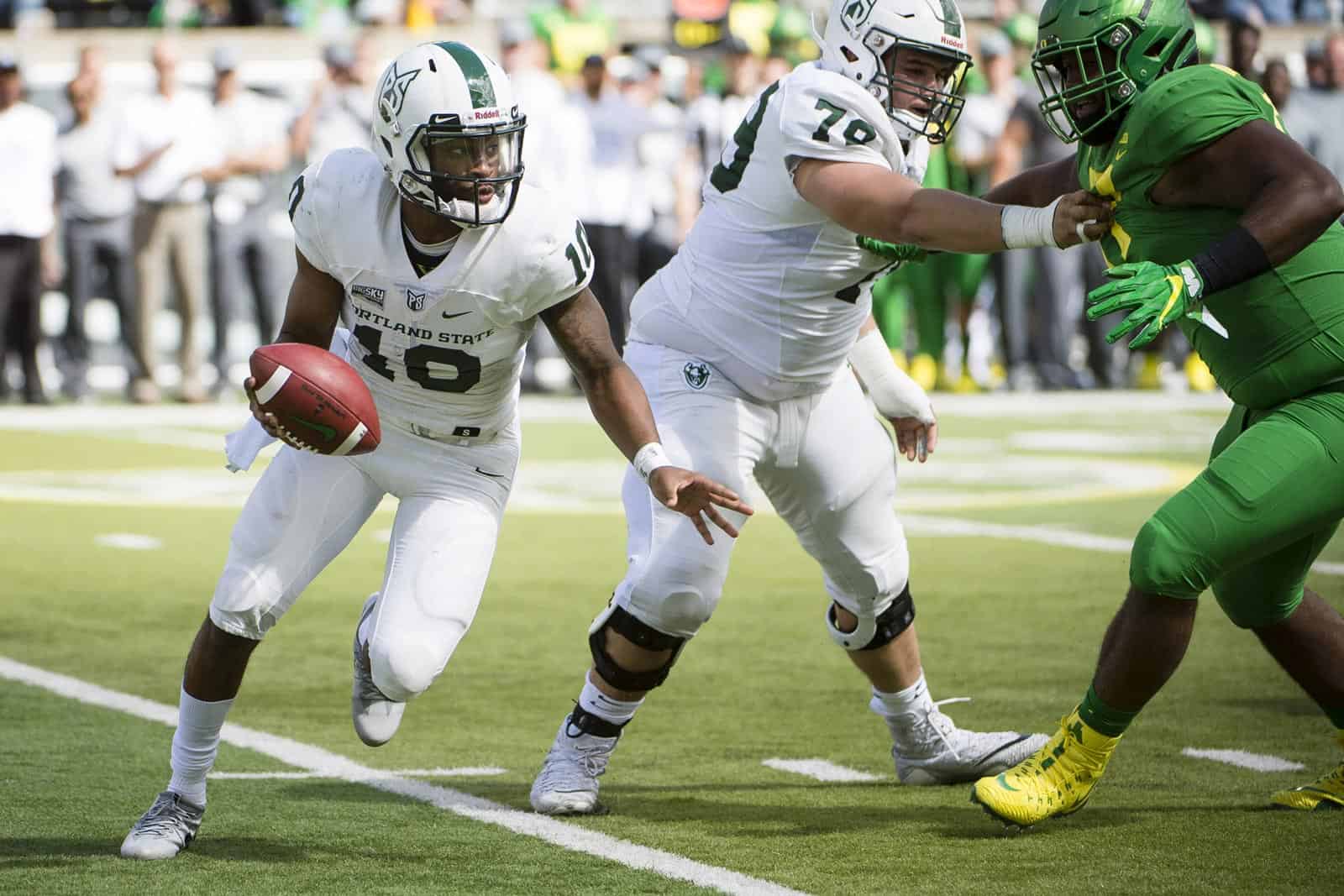 The Portland State Vikings have released their 2019 football schedule, which features games at Arkansas and Boise State.

Portland State will open the 2019 season on the road against the Arkansas Razorbacks on Saturday, Aug. 31. The following week on Sept. 7, the Vikings open their home schedule at Hillsboro Stadium in Hillsboro, Oregon, against the Simon Fraser Clan.

On Sept. 14, Portland State travels to take on the Boise State Broncos on the blue turf of Alberston’s Stadium. The Vikings close out their non-conference schedule the following week on Sept. 21 at home against the Eastern Oregon Mountaineers.

The Eastern Oregon at Portland State matchup was previously unannounced.

Portland State opens Big Sky Conference play on Sept. 28 on the road against the Idaho State Bengals. The Vikings then host back-to-back home games against the Southern Utah Thunderbirds on Oct. 5 and the Idaho Vandals on Oct. 12.

Consecutive road contests are up next, as Portland State visits the Northern Colorado Bears on Oct. 19 and the Northern Arizona Lumberjacks on Oct. 26.

After their only open date of the season on Nov. 16, Portland State closes out their 2019 schedule with a road contest at the Eastern Washington Eagles on Nov. 23.

Portland State finished the 2018 season 4-7 overall and 3-5 in conference play. The Vikings last appeared in the FCS playoffs in 2015, falling to Northern Iowa 29-17 in a Second Round matchup.