Pittsburgh, Minnesota to Meet in 2015 NFL Hall of Fame Game 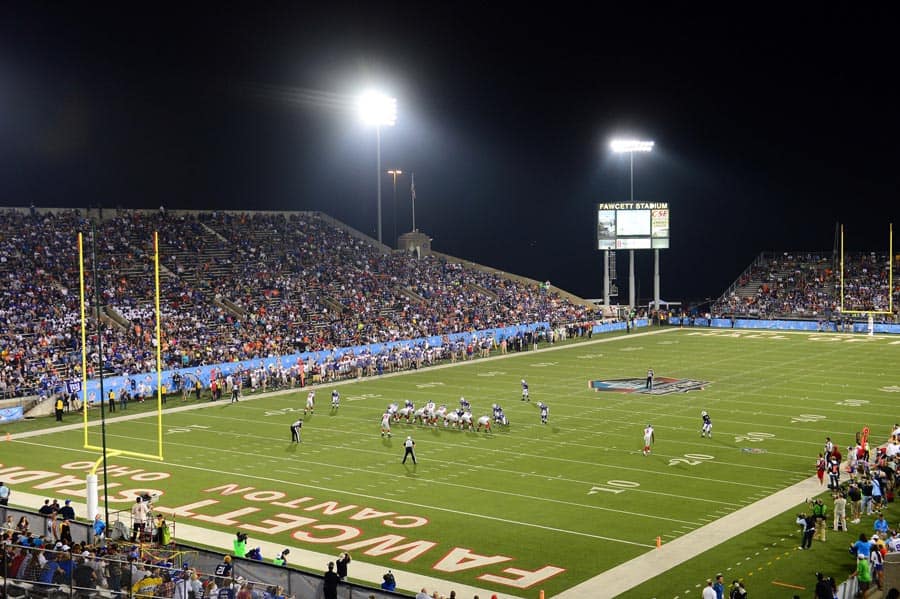 The Pittsburgh Steelers and the Minnesota Vikings will meet in the 2015 NFL/Hall of Fame Game, the NFL has announced.

The preseason game will be played at Tom Benson Hall of Fame Stadium in Canton, Ohio on Sunday, Aug. 9, 2015 and will be televised by NBC at 8pm ET.

Pittsburgh and Minnesota first met on Nov. 4, 1962 and have played a total of 17 times. The Vikings lead the overall series 9-8. In their last meeting in 2013, the Vikings defeated the Steelers 34-27.

Too bad it isn’t Panthers V Gophers. That would be a better game.

Minnesota has 6 and Pitt has 9 National Titles

Perhaps Pitt does have 9 (not going to argue it), but Minnesota has for sure 7. Either way, these two were once College Football Powers.

Agree. I was hoping for that when I read the title

The photo shows Fawcett Stadium on the field but Tom Benson Hall of Fame Stadium in the article. Did Mr. Benson or his heirs pay for naming rights?

Yes, it is being renamed that.