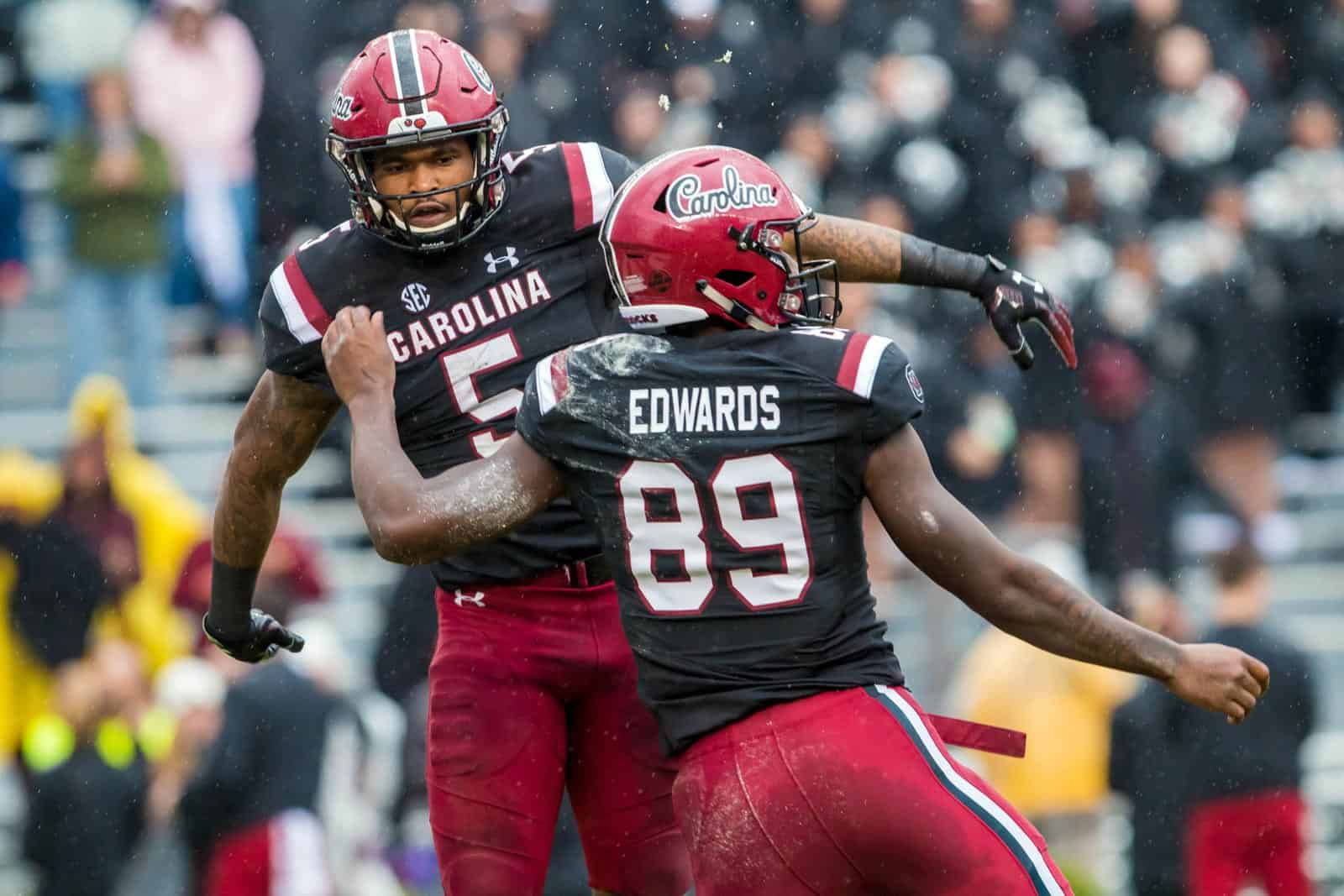 Phil Steele has published his 2019 college football strength of schedule rankings. The South Carolina Gamecocks have the toughest schedule in 2019, while the UAB Blazers have the easiest, per Steele.

Steele arrives at his preseason toughest schedule ratings by combining his “9 sets of Power Ratings” with the amount of home and away games. This differs from the NCAA method which is strictly based on the opponent winning percentage from the previous year.

1. South Carolina (2018 rank: 51st) – South Carolina opens the season against North Carolina in Charlotte and later hosts Appalachian State and reigning national champion Clemson. In SEC play, a home contest against Alabama rotates onto the Gamecocks’ schedule, which also includes games at Georgia, Tennessee, and Texas A&M and visits from Kentucky and Florida.

2. Auburn (2018 rank: 25th) – The Tigers open 2019 against Oregon in Arlington, Texas, which is the highlight of their non-conference slate. Road contests loom at Texas A&M, Florida, and LSU, while the Tigers host Georgia and Alabama.

5. Colorado (2018 rank: 59th) – Colorado opens the season with the annual clash against Colorado State in Denver and then hosts Nebraska and Air Force. The Buffaloes get USC, Stanford, and Washington at home and travel to face Oregon and Washington State.

6. LSU (2018 rank: 10th) – The Tigers face a tough test in Week 2 when they travel to take on Texas. Florida, Auburn, and Texas A&M visit Baton Rouge, while the Tigers travel to face Mississippi State and Alabama.

7. Tennessee (2018 rank: 54th) – The Vols’ non-conference schedule in 2019 doesn’t include a team from a Power Five conference, but does consist of home contests against BYU and UAB. In SEC play, Tennessee hosts Georgia and South Carolina and travels to play Florida, Alabama, and Kentucky.

8. UCLA (2018 rank: 1st) – UCLA opens the season on the road against Cincinnati and hosts Oklahoma in Week 3. The Bruins toughest Pac-12 games, Washington State, Stanford, Utah, and USC, are all on the road.

9. Michigan (2018 rank: 3rd) – The Wolverines non-conference schedule is highlighted by visits from Army and Notre Dame. Featured Big Ten games include Iowa, Michigan State, and Ohio State at home and Wisconsin and Penn State on the road.

10. Florida (2018 rank: 64th) – The Gators’ 2019 schedule is bookended by games against in-state rivals: Miami in Week Zero (in Orlando) and Florida State at home. In SEC action, Florida hosts Tennessee, Auburn, and Georgia (in Jacksonville) and travels to Kentucky, LSU, and South Carolina.

The rest of Phil Steele’s toughest schedule rankings for 2019 are listed below.

Notre Dame plays Phil Steele’s #25 VaTech at home, and his #22 Stanford, #4 Georgia and #3 Michigan away and it can do no better than #53 in his SOS rankings? He does not have USC and Virginia among his Top 25 for 2019, but it will surprise no one to see both teams in the Top 25 by the end of the season. I think way too many people are underestimating USC this year simply because of their 2018 campaign, but they forget that USC won 21 games in 2016/2017. They are capable and will be back. As for Virginia, I see this as a breakout year for the Hoos and would not be surprised to see them go up against Clemson in the ACC championship game….all for naught of course.

South Carolina and Texas A&M both play Coaches Poll #1, #2 and #3 preseason teams in Clemson, Alabama and Georgia. Stanford at #12 plays no easy out of conference games. NW, UCF and ND.

Whoever Phil Steele is, this prediction makes him irrelevant to any future articles.

He’s consistently the best predictor of most stats across CFB. These are preseason stats and don’t reflect things that occur during the season.