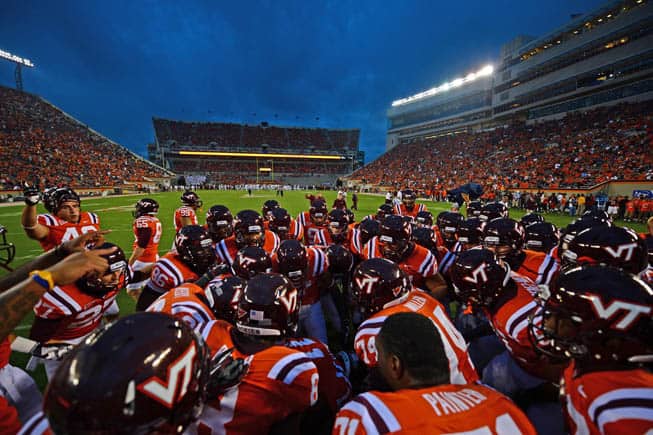 The Penn State Nittany Lions and the Virginia Tech Hokies have scheduled a home-and-home football series for 2022 and 2023, both schools announced today.

Virginia Tech will host the first game at Lane Stadium in Blacksburg on Sept. 17, 2022. In the second and final game of the series, the Hokies will travel to face the Nittany Lions at Beaver Stadium in University Park on Sept. 16, 2023.

Unless Penn State and Virginia Tech meet in a bowl game or playoff game, the 2022 match-up will be the first ever meeting between the two schools.

“We are excited to be able to announce this football series with Virginia Tech,” Penn State Director of Athletics Dave Joyner said. “Virginia Tech is an opponent our alumni and fans have been asking about adding to the schedule. I am very appreciative of the efforts of Jim Weaver to make this long-awaited match-up come to fruition.”

“I am very pleased that we have been able to negotiate a home and home football series with Penn State,” Virginia Tech Director of Athletics Jim Weaver said. “I think this will be a series that our fans will look forward to since this is another Big Ten team. Over the next 10 years, we will be playing Ohio State, Wisconsin, Michigan and Penn State.”

The 2022 and 2023 games against Virginia Tech are the first that have been announced for Penn State for each season. The Nittany Lions also have a four-game series with Pittsburgh set for 2016 through 2019 and a home-and-home with Syracuse in 2020 and 2021.

It is good to schedule these OOC games for the new 4 team playoff, but you have to win them also. Virginia Tech is well known for not winning the big OOC games out of the ACC. If the ACC wants to be considered a major conference, it would be a good start for Vtech to beat Alabama.