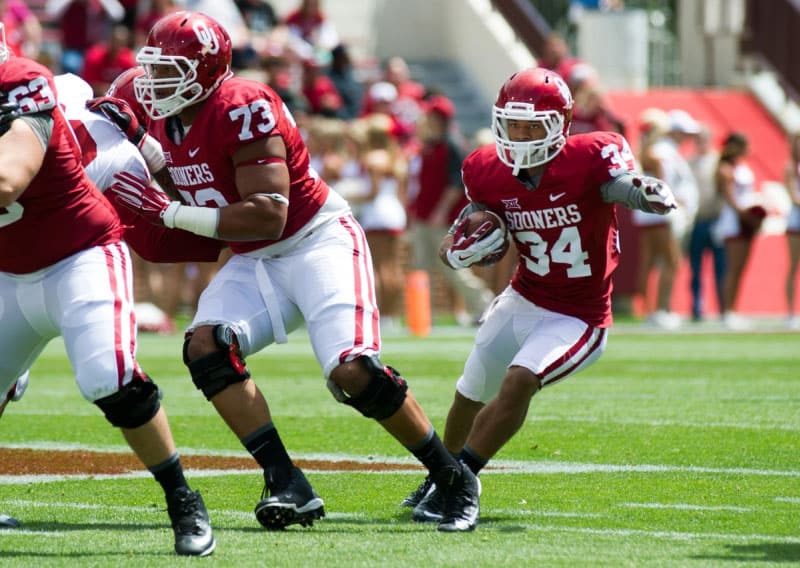 The schools have never faced off on the gridiron.

NOLA.com reports on the agreement, including this statement:

“We are excited to begin the series with the University of Oklahoma. There were a lot of moving pieces required to put this together and I thank my good friend (Oklahoma Director of Athletics) Joe Castiglione for working with us to ensure Oklahoma would come back to Yulman Stadium as soon as scheduling would allow,” Tulane athletic director Rick Dickson said in a release issued by the athletic department.

NewsOK.com mentions that this will complete the Sooners’ 2017 non-conference slate.

Additionally, Ole Miss and Tulane have modified their existing four-game contract. The Rebels and Green Wave count meetings in 2010 and 2012 among their 70-plus meetings. That 2012 contest was played in the Mercedes-Benz Superdome in New Orleans. Tulane is 29-42 all-time against Ole Miss, with their most recent victory a 14-9 decision on November 5, 1988.

Great matchup for both teams. Let’s hope Tulane can get to a place where they can win one or two before these games happen.

Who knows by the time the 2021 game comes around ,Tulane along with Cincinnati, could be part of the Big 12 Conference. Still have to believe the Big 12 is looking for and speaking to schools about making their conference whole (12) again. These two mentioned schools in many regards make a lot of sense (tv markets, recruiting in two important states for high school football, and finding something closer for West Virginia).

I think Memphis has to be considered on the Big 12’s list too. Better overall sports program than Tulane and a much larger school.

Next week or so hopefully!

Sweet thanks Kevin! You do a amazing job.

Let’s see if Stoops will be around for this game. His seat is getting warm.

Seriously Greg? Coach Stoops just took the Sooners to the playoff and is favored to win the Big 12 and return to the playoff and contend for a National Championship. How, pray tell does that and his entire performance as one of the winningest coaches at one of the winningest programs of all time make his seat warm? Either you’re an Oklahoma Sooner hater or you’re high as a kite!…..#OUDNA

Resume the Battle of the Bell and play Southern Miss – especially since they are bad now and Tulane has a good chance at winning!