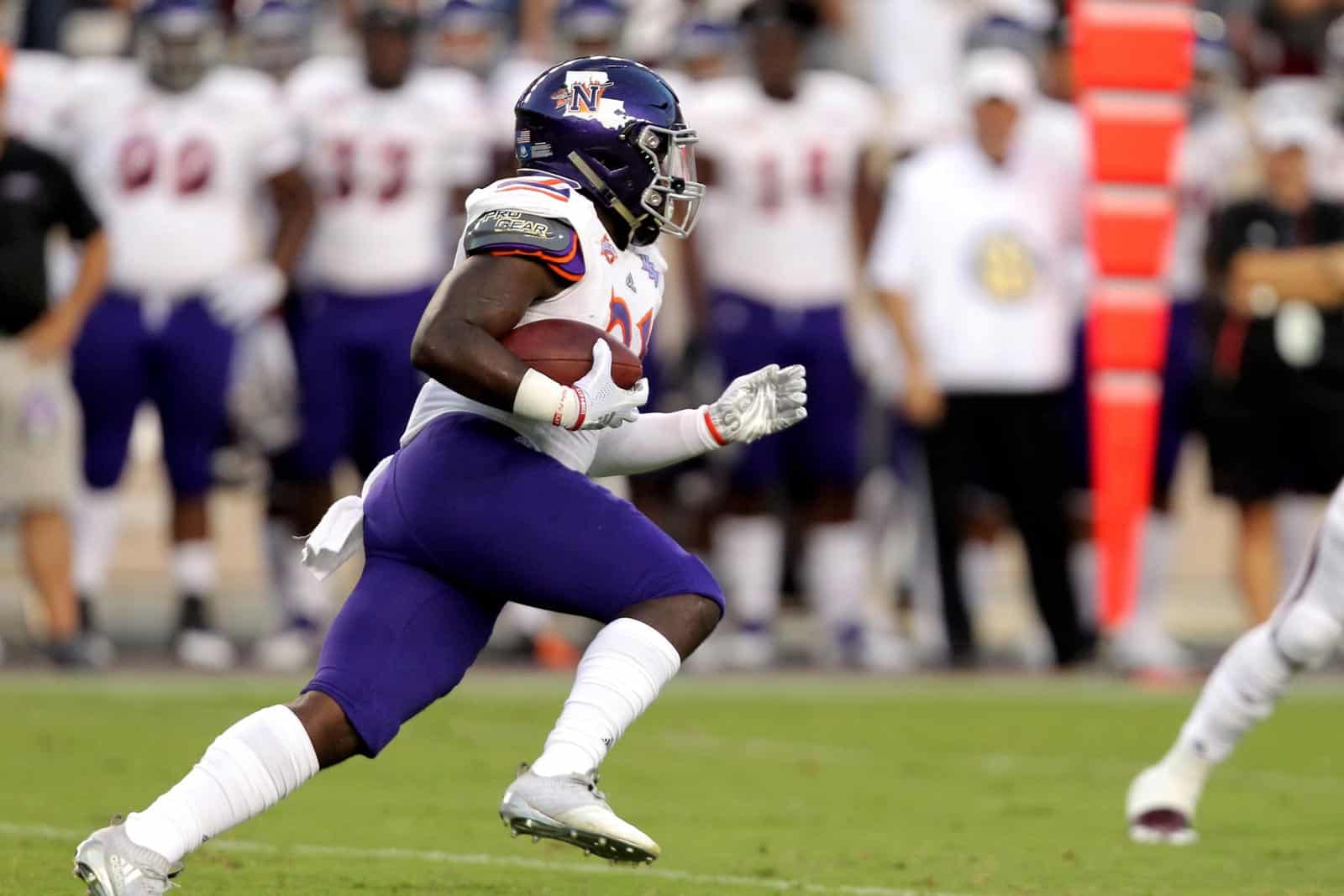 The Northwestern State Demons have announced their 2019 football schedule, which includes 12 contests.

“The 2019 schedule offers a diverse group of opponents that should enthuse the Demon fan base,” said NSU director of athletics Greg Burke. “From the game at LSU to a home and home FCS series with Tennessee-Martin to a quality Division II opponent in Midwestern State – on top of the always competitive Southland schedule – this schedule has a little bit of everything. Overall, that translates into a very high level of football that will await Demon football week and week out. I have no doubt they will be up to the challenge.”

Northwestern State will open the 2019 season with three-straight non-conference contests, beginning at the UT Martin Skyhawks on Thursday, Aug. 29.

The Demons open their home schedule at Turpin Stadium in Natchitoches, Louisiana, on Sept. 7 against the Midwestern State Mustangs, a contest that was previously unannounced. MSU is a Division II team that competes in the Lone Star Conference.

NSU’s final 2019 non-conference game is scheduled for Sept. 14 in Baton Rouge against the LSU Tigers.

Northwestern State plays a nine-game Southland Conference schedule in 2019, beginning with a road trip at the Houston Baptist Huskies on Sept. 21. The following week on Sept. 28, the Demons host the Southeastern Louisiana Lions in Natchitoches.

After an open date, NSU heads out again to face the Nicholls Colonels on Oct. 12 before returning home to host the Central Arkansas Bears on Oct. 19 for Homecoming.

Next, Northwestern State travels for consecutive road contests. The Demons play at the Incarnate Word Cardinals on Oct. 26 and at the McNeese Cowboys on Nov. 2.

The Lamar Cardinals visit Turpin Stadium on Nov. 9, and then the Demons travel to play the Sam Houston State Bearkats on Nov. 16.

Northwestern State closes out their 2019 schedule in Natchitoches on Thursday, Nov. 21 against the Stephen F. Austin Jacks.