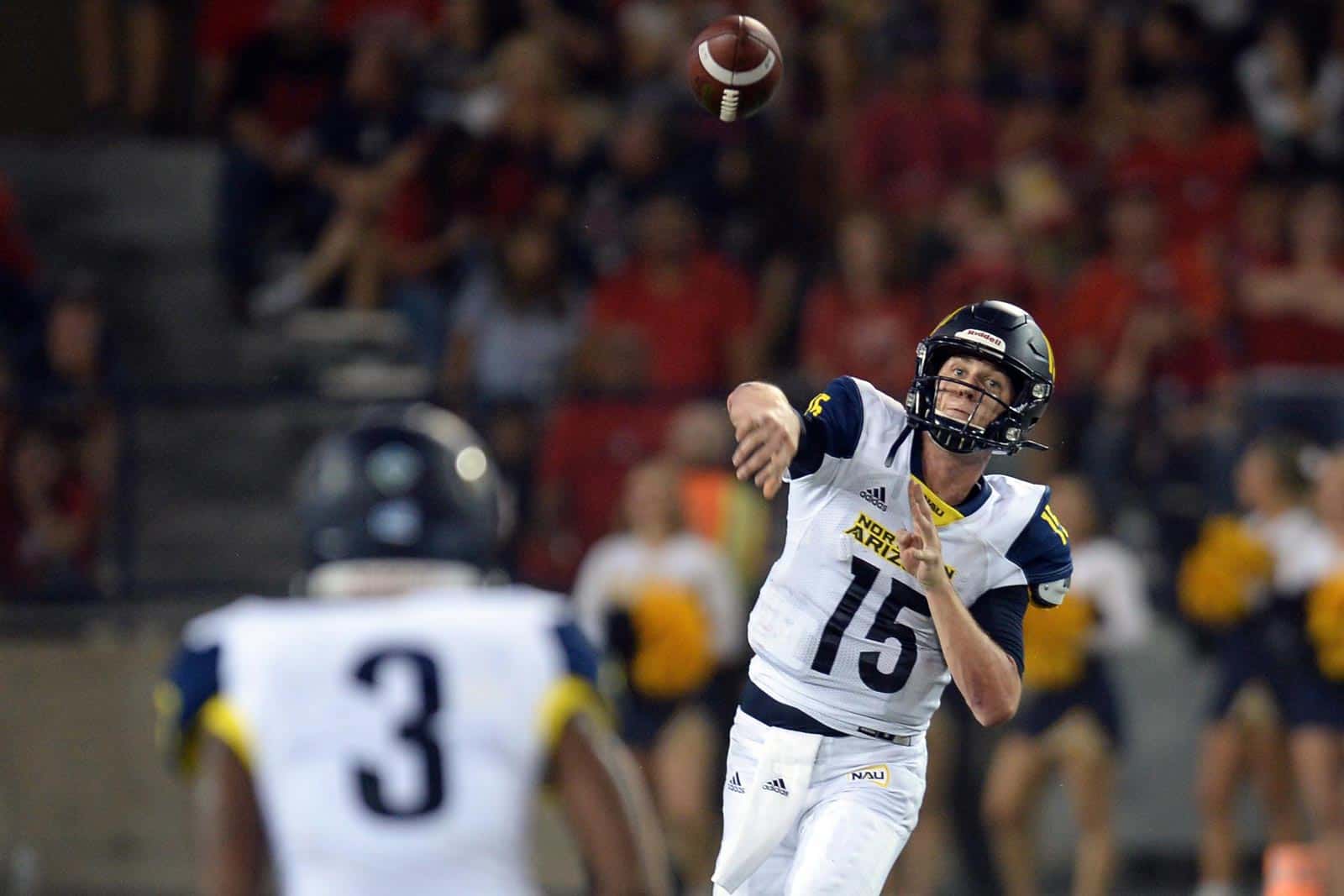 The Northern Arizona Lumberjacks have released their 2019 football schedule, and it includes six games at home.

Northern Arizona is set to open the 2019 season at home in Walkup Skydome in Flagstaff, Arizona, against the Missouri State Bears on Thursday, Aug. 29.

“We open our season with a unique Thursday night game in the Skydome and conclude the season with the return of Big Sky rival Idaho,” Vice President of Intercollegiate Athletics Mike Marlow said. “Between our season ticket options, group tickets, mini plans and family plans, we have something for every Lumberjack fan to enjoy exciting NAU football action this coming fall.”

On Saturday, Sept. 7, the Lumberjacks head to face the Arizona Wildcats in Tucson, their only game against an FBS opponent in 2019. Northern Arizona returns home the following week on Sept. 14 to host the Western New Mexico Mustangs, a Division II team from the Lone Star Conference.

Next, NAU departs Flagstaff for back-to-back road contests. The Lumberjacks first play at the Illinois State Redbirds on Sept. 21 to close out the non-conference portion of their schedule.

Northern Arizona then plays at the Montana State Bobcats on Sept. 28, their first of eight-straight Big Sky Conference contests, before returning home to host the Northern Colorado Bears on Oct. 5.

After their only off week of the season on Oct. 12, the Lumberjacks travel to take on the Weber State Wildcats on Oct. 19. NAU then hosts the Portland State Vikings on Oct. 26 in their 2019 Homecoming contest.

The following week on Nov. 2, Northern Arizona hits the road again, this time to face the Eastern Washington Eagles. NAU then hosts the Sacramento State Hornets on Nov. 9 before playing at the Southern Utah Thunderbirds on Nov. 16.

NAU closes out the 2019 regular-season at home on Nov. 23 against the Idaho Vandals.

“With a non-conference slate that includes opponents from the Pac 12 and Missouri Valley Conference, we will be tested right away,” NAU head coach Chris Ball said. “I am looking forward to getting started and thrilled to be a part of the Lumberjack family.”

Northern Arizona has not won the Big Sky Conference championship since 2003 when they went 5-2. In their last FCS Playoffs appearance in 2017, NAU fell to San Diego 41-10 in a First Round contest.