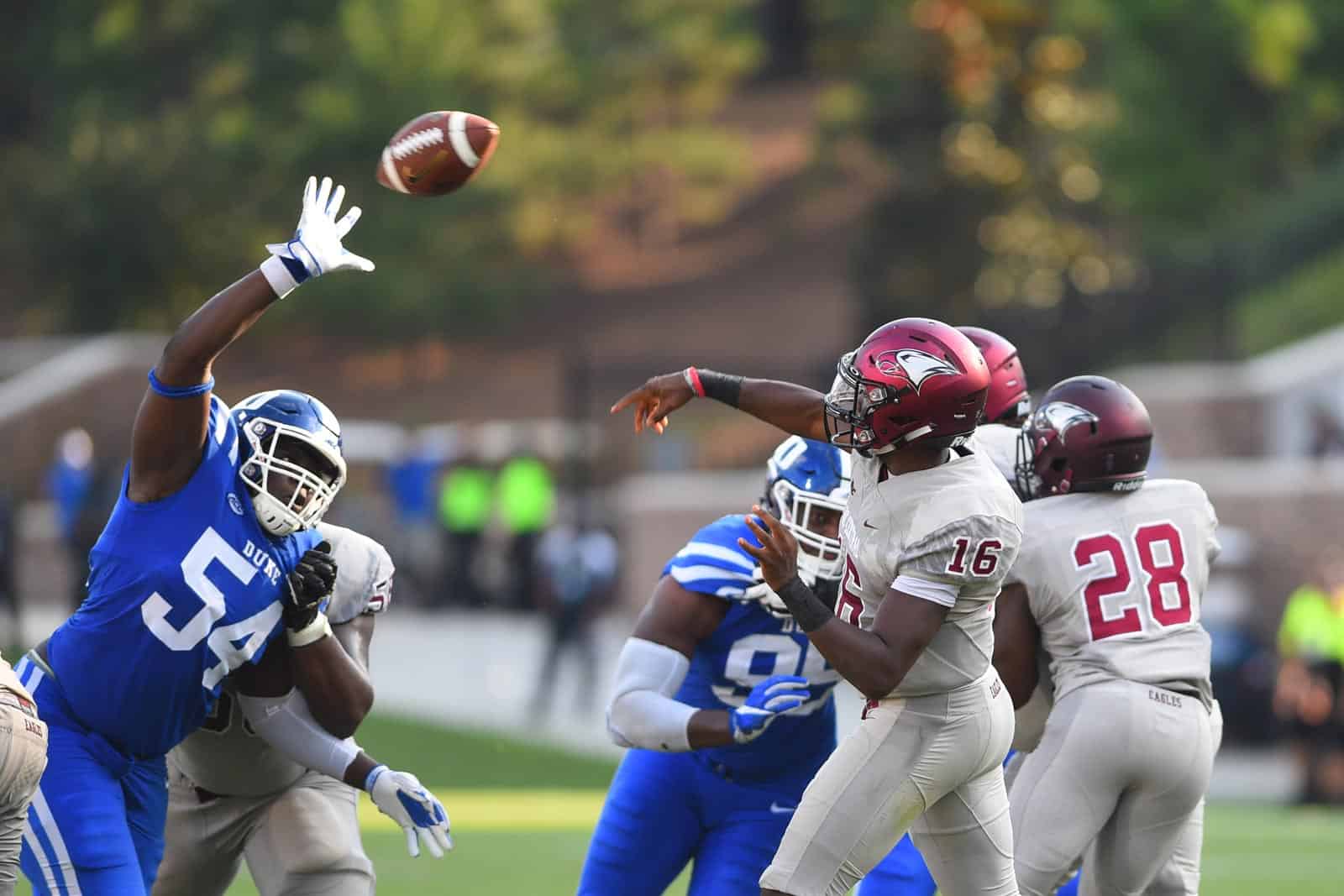 The North Carolina Central Eagles have announced their 2020 football schedule, which includes five contests at home.

The following week on Sept. 12, the Eagles host the Winston-Salem State Rams in their home-opener at O’Kelly-Riddick Stadium in Durham, N.C. The Rams compete in the Central Intercollegiate Athletic Association (CIAA) in Division II.

NCCU closes out their non-conference schedule in 2020 with a road contest at the Tennessee Tech Golden Eagles on Sept. 19.

The Eagles begin Mid-Eastern Athletic Conference (MEAC) action with consecutive home games in Durham against the Morgan State Bears on Sept. 26 and the Florida A&M Rattlers on Oct. 3.

North Carolina Central then hits the road to play the Bethune-Cookman Wildcats on Oct. 10 and, after their only bye week of the season, the Delaware State Hornets on Oct. 24.

The Howard Bison visit O’Kelly-Riddick Stadium on Oct. 31 for North Carolina Central’s annual Homecoming. NCCU then travels for consecutive road games at the Norfolk State Spartans on Nov. 7 and the South Carolina State Bulldogs on Nov. 14.

NCCU has recorded a 4-5 overall record and a 3-2 record in MEAC play so far this season. The Eagles last won the MEAC championship in 2016.