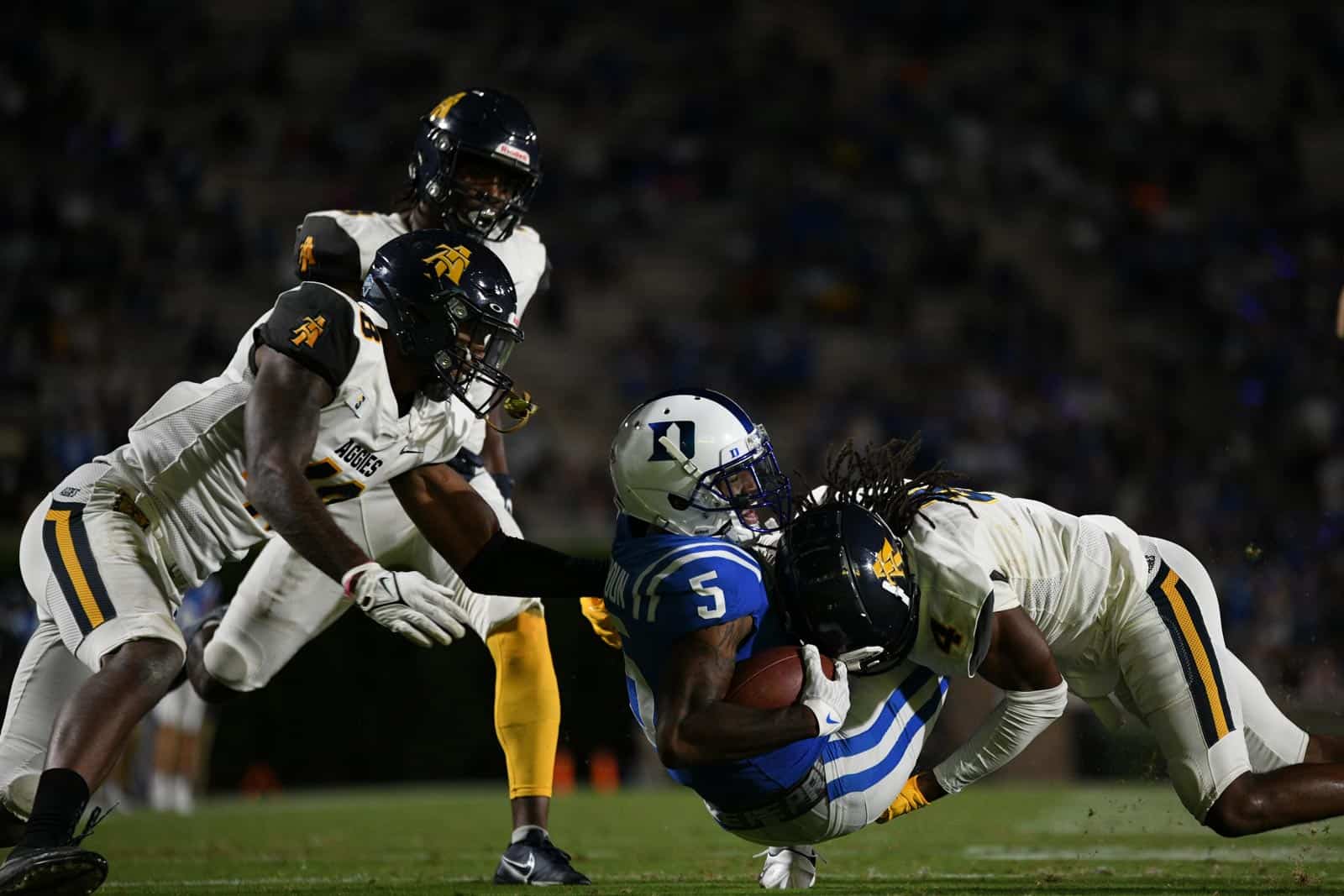 The North Carolina A&T Aggies will compete in football in the Big South Conference in 2022 before moving to the Colonial Athletic Association (CAA) in 2023, it was announced on Tuesday.

North Carolina A&T will officially join the CAA for football on July 1, 2023, while all other Aggie sports will begin play in the CAA this year effective on July 1.

“We are pleased to welcome North Carolina A&T as the newest member of the CAA,” CAA Commissioner Joe D’Antonio said. “The Aggies fit perfectly into the framework of the Conference’s vison that calls for our membership to work together to advance nationally competitive athletic programs – coupled with outstanding academic programs – that empower student-athletes as whole persons to strive at the highest level in every aspect of their lives. The CAA is excited to add a second HBCU to its membership, and going forward the Conference will continue to be focused on making decisions that ensures its membership a competitive and sustainable model.”

North Carolina A&T played their first season in the Big South Conference in 2021 after moving from the Mid-Eastern Athletic Conference (MEAC). The Aggies finished that slate 5-6 overall and 2-4 in conference action.

“We bring a significant level of achievement as a university to this new association, which enhances our excitement about joining an athletics association with so many outstanding peers who share so much in common with our university,” said A&T Chancellor Harold L. Martin, Sr. “The CAA is rich with opportunity for A&T, our outstanding student athletes, highly engaged research faculty, distinguished academic programs and accomplished alumni.

“While we will be fierce competitors on the playing field, we look forward to exploring many opportunities for mutually beneficial collaborations with our new conference colleagues.”

Hampton and Monmouth announced in January they were each leaving the Big South for the CAA and both will begin play for the 2022 season.

HEYYYY! Don’t forget the University of Delaware among those 14 football-playing members! ” FIGHT FIGHT FIGHT, For DELAWARE! “

How long before the CAA adds Norfolk State and NC Central to make Hampton-NSU and NCAT-NCC conference games again?

Very interesting NC A&T only played two seasons in the Big South before bolting for the CAA. The Big South is probably on life support.

The Big South and OVC are going to run a joint football group.

A flagship HBCU school. Great get for the Colonial to replacement JMU