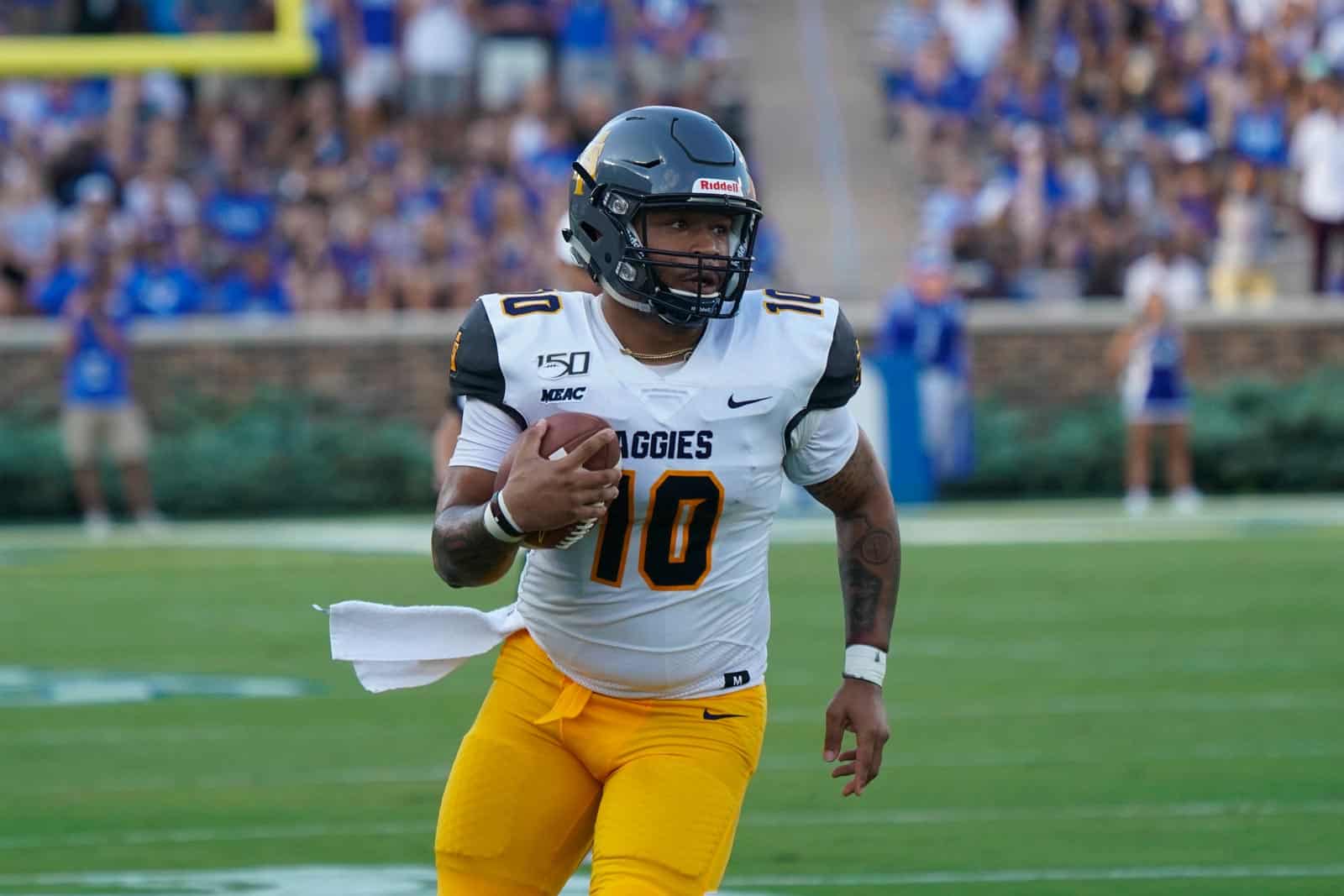 The North Carolina A&T Aggies will join the Big South Conference beginning with the 2021 season, it was announced on Friday.

North Carolina A&T (North Carolina Agricultural and Technical State University) is a historically black college and university located in Greensboro, N.C. The school has been a member of the Mid-Eastern Athletic Conference (MEAC) since the 1970 season.

“North Carolina A&T is a perfect fit for the Big South — its location, its proud history and academic reputation, its loyal base of alumni and other supporters, and its commitment to excellence,” said W. Taylor Reveley IV, President of Longwood University and the Big South Conference. “At a time of real flux and dispersion in college athletics, the Big South is strengthening its identity across our home region of Virginia and the Carolinas. Today’s announcement will nurture new and existing rivalries that will benefit fans and student-athletes. And it brings into our family another great institution, while making all of our member institutions stronger, too.”

The addition of North Carolina A&T will expand the Big South football membership to eight teams beginning with the 2021 season. The other seven members are Campbell, Charleston Southern, Gardner-Webb, Hampton, Kennesaw State, Monmouth, and North Alabama.

Presbyterian played their final season in the Big South in 2019, which dropped the conference down to seven football-playing members for 2020. Presbyterian will play the 2020 season as a Football Championship Subdivision (FCS) Independent before joining the Pioneer Football League (PFL) in 2021.

“We have been looking carefully at our opportunities in athletics for five years and more intensively over the past year,” stated North Carolina A&T Chancellor Harold L. Martin Sr. “We’re pleased to have brought that process to fruition and excited to be ushering in a new alliance with the Big South. This move makes great sense for our student-athletes, for our fans and for our bottom line. We will always have a place in our hearts for the MEAC, and we look forward to what the new conference will make possible for the Aggies.”

With the move out of the MEAC and into the Big South, North Carolina A&T will no longer be able to compete in the annual Celebration Bowl, which is a post-season contest featuring teams from the MEAC and Southwestern Athletic Conference (SWAC).

North Carolina A&T begins their final season as a member of the MEAC on Saturday, Sept. 5 at home at BB&T Stadium against the Shaw Bears. Their last MEAC contest is slated for Nov. 21 at the North Carolina Central Eagles.