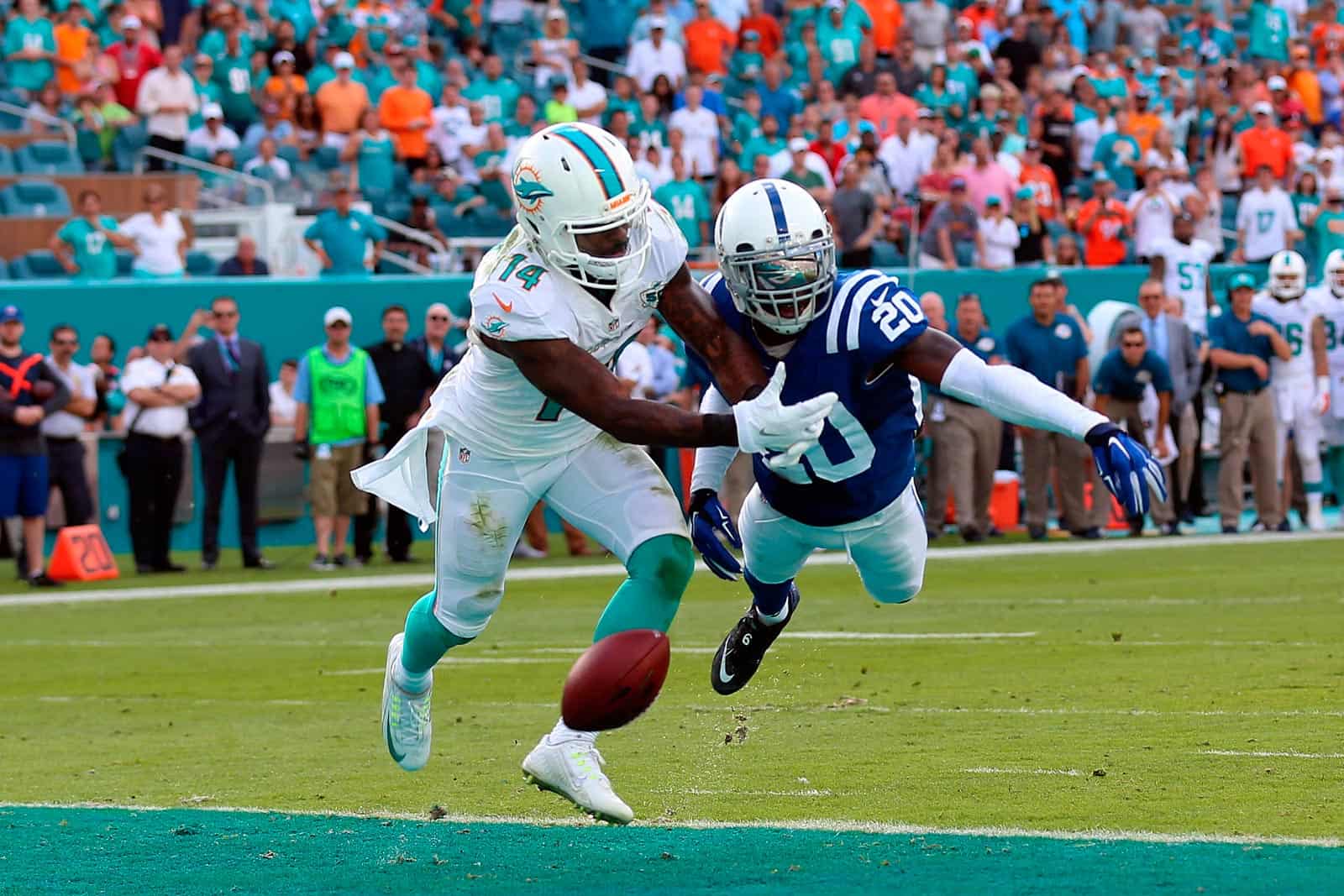 The NFL has announced a Week 12 schedule change, which only includes an adjustment for the Dolphins-Colts game.

The Miami Dolphins at Indianapolis Colts game, originally scheduled for 1:00pm ET on CBS, has been moved to 4:25pm ET and it will remain on CBS.

The Week 12 Sunday Night Football game will not change. That contest features the Green Bay Packers at the Minnesota Vikings at 8:20pm ET on NBC.

Week 12 action kicks off on Thursday, Nov. 22 (Thanksgiving) at 12:30pm ET on CBS with the Chicago Bears visiting the Detroit Lions. The Washington Redskins at the Dallas Cowboys follows at 4:30pm ET on FOX.

Thanksgiving NFL action concludes with a special Thursday edition of Sunday Night Football. That game features the Atlanta Falcons at the New Orleans Saints at 8:20pm ET on NBC.

Tonight, Week 10 of the NFL kicks off with Thursday Night Football with the Carolina Panthers traveling to face the Pittsburgh Steelers. The game will be televised at 8:20pm ET on FOX, NFL Network, and Amazon.

You can view the updated NFL Schedule at the link below.