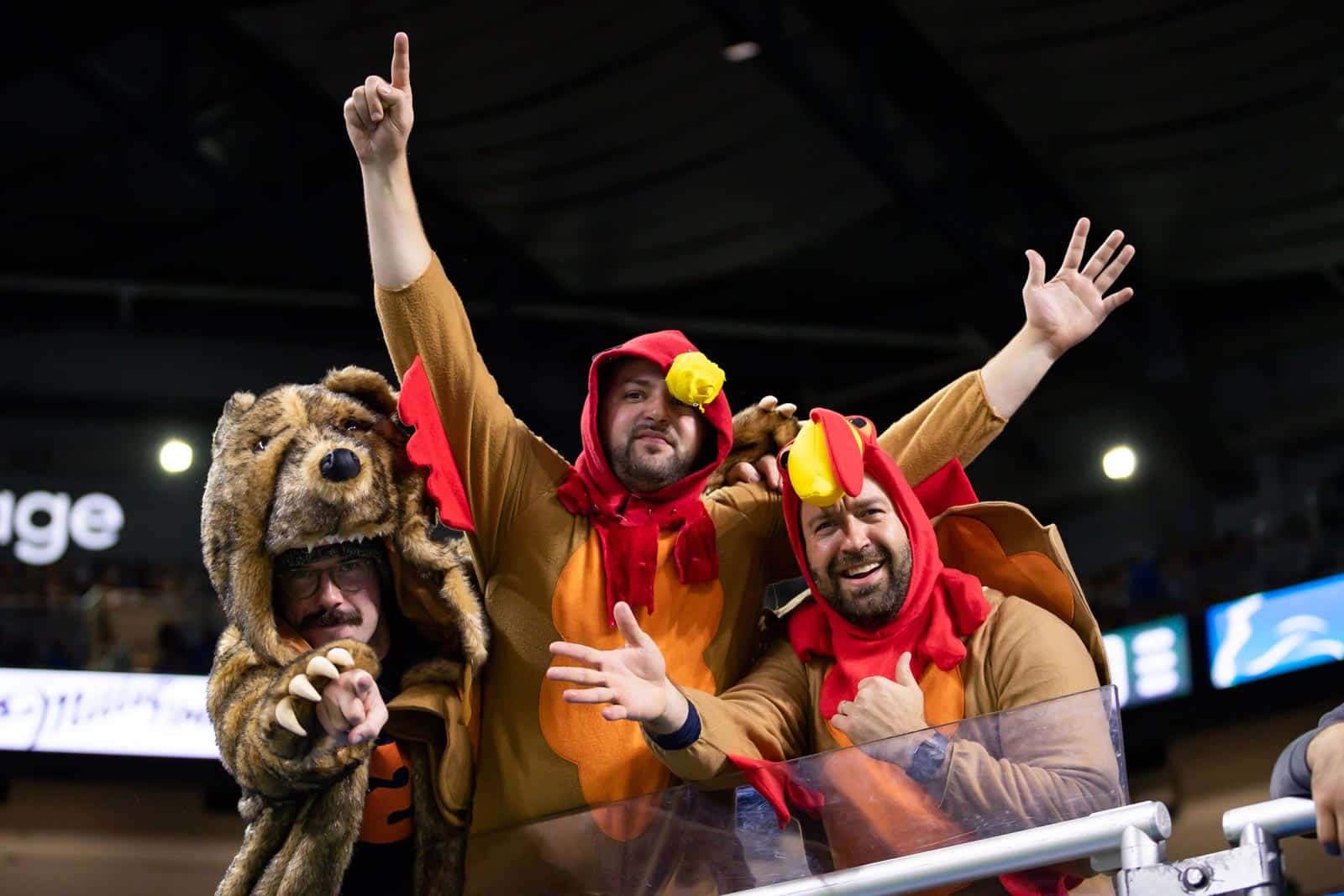 The NFL Thanksgiving schedule for the 2022 season once again features three games, with Detroit and Dallas hosting traditional contests.

Turkey day action begins on Thursday, Nov. 24 with the Detroit Lions hosting the Buffalo Bills at Ford Field in Detroit, Mich. The game will be televised by CBS at 12:30pm ET.

Detroit is currently second in the NFC North standings with a 4-6 record. The Lions are four games behind the Minnesota Vikings (8-2), who currently lead the division. The Bills (7-3 are tied for first place in the AFC East with the Miami Dolphins.

The second NFL Thanksgiving game in 2022 features the Dallas Cowboys playing host to the New York Giants at AT&T Stadium in Arlington, Texas. FOX will televise the matchup at 4:30pm ET.

The final NFL game on Thanksgiving day is scheduled for prime time at 8:20pm ET on NBC. The Minnesota Vikings will host the New England Patriots in that matchup at U.S. Bank Stadium in Minneapolis, Minn.

After Thanksgiving, Week 12 NFL action continues on Sunday, Nov. 27 with 12 games, including the Green Bay Packers traveling to take on the Philadelphia Eagles in Sunday Night Football. The Monday Night Football matchup features the Indianapolis Colts hosting the Pittsburgh Steelers.

Next year, the NFL should start a new formula for determining the teams outside of Detroit and Dallas that play on Thanksgiving in a given year.

Detroit and Dallas in the afternoon would host the home opponents on their schedules that have the longest active Thanksgiving droughts.

The first team for the night game would be the team not playing Detroit or Dallas that has the longest such drought, and the opponent on their schedule who has gone the longest without playing on Thanksgiving would play them.

Under this formula, this year the games would have been Jacksonville at Detroit, Tampa Bay at Dallas, and LA Rams at Kansas City. The Jaguars would have made their first ever Thanksgiving appearance, while Tampa Bay and Kansas City would be appearing for the first time in 16 years, and the Rams in 47 years.

Currently, the 2023 home opponent for the Lions with the longest active Thanksgiving drought is Denver, which last appeared in 2009. For Dallas that team is the Rams, who last appeared in 1975.

After those teams, the longest active Thanksgiving drought belongs to the Browns, who last appeared in 1989. They just happen to have the Jaguars scheduled to come visit in 2023.

So, for the moment, next year’s Thanksgiving games should be Denver at Detroit, LA Rams at Dallas, and Jacksonville at Cleveland. The latter game would be a matchup of QBs who grew up rooting for the Falcons.