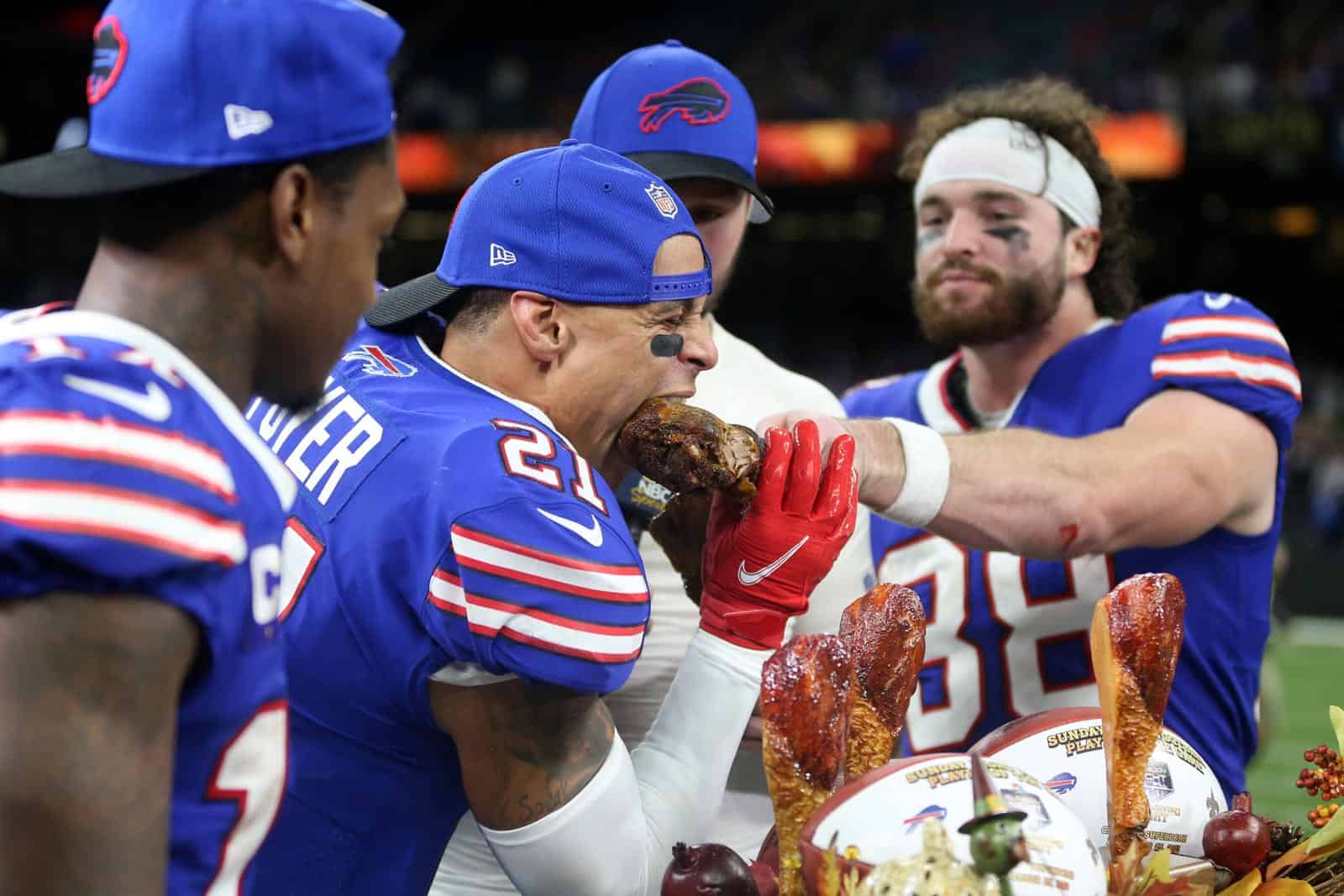 The Thanksgiving Football Schedule for the 2022 season is set! The schedule includes TV for all FBS and FCS college football games plus NFL and CFL contests this holiday weekend.

The football schedule this week kicks off on Tuesday, Nov. 23 with two games in the Mid-American Conference (MAC). Ball State travels to take on Miami (Ohio), while Ohio hosts Bowling Green, both at 7:00pm ET.

Thanksgiving Day kicks off at 12:30pm ET with a Thanksgiving Classic game in the NFL, which features the Buffalo Bills traveling to take on the Detroit Lions at Ford Field in Detroit, Mich.

A Football Championship Subdivision (FCS) matchup is next, which features Arkansas-Pine Bluff traveling to take on Alabama State and the game is scheduled for 3:00pm ET.

Two more Thanksgiving Classic games follow with an SEC football game sandwiched in between. First, it’s the Dallas Cowboys hosting the New York Giants at 4:30pm ET. Next is the Egg Bowl featuring Mississippi State at Ole Miss at 7:30pm ET, and then the Minnesota Vikings play host to the New England Patriots at 8:20pm ET.

Thanksgiving week is also Rivalry Week in college football. Some of the matchups include Auburn at Alabama, South Carolina at Clemson, Georgia Tech at Georgia, Oregon at Oregon State, Michigan at Ohio State, and UCLA at Cal.

Note: Rankings for FBS teams are based on the College Football Playoff Rankings released Tuesday, Nov. 22.