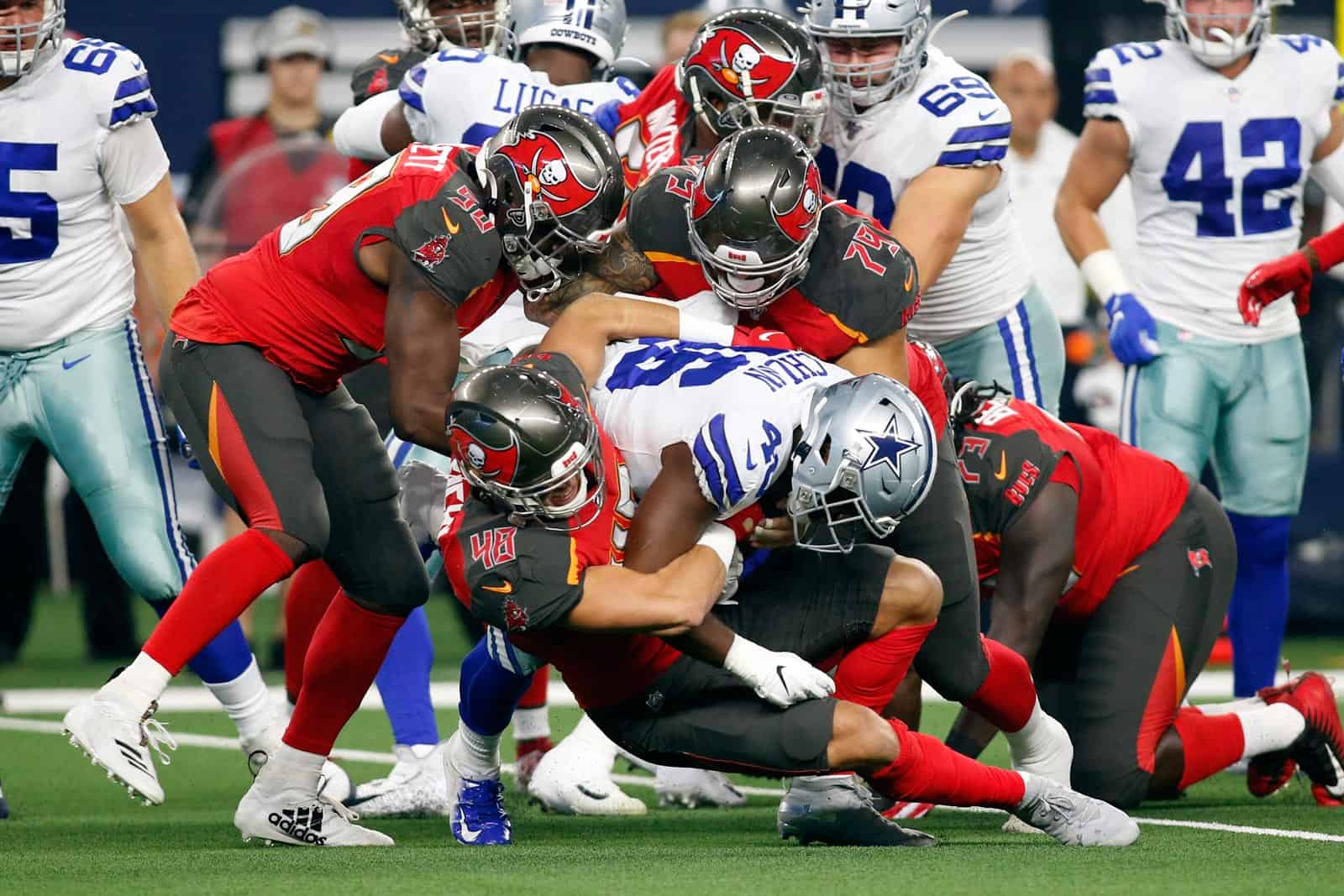 The NFL Schedule 2021 release is set for release later tonight, but the complete schedule for Week 1 has been revealed in advance of that announcement.

Wednesday morning on Good Morning America, the first Monday Night Football game of the 2021 season was revealed. The Las Vegas Raiders will host the Baltimore Ravens in that matchup on Monday, Sept. 13, and the game will be televised by ESPN at 8:15pm ET.

There will be only one Monday Night Football game this season in Week 1, as the NFL is moving ESPN’s doubleheader to a Saturday night toward the end of the season.

The remainder of the Week 1 schedule was also revealed on Wednesday morning. CBS announced their Week 1 slate on “CBS This Morning”, while FOX will revealed their schedule on Fox News’ “Fox & Friends,” local FOX stations, and FOX Sports 1.

Kickoff of the 2021 NFL regular-season is scheduled for Thursday, Sept. 9 and will feature the Super Bowl champion Tampa Bay Buccaneers hosting the Dallas Cowboys. Additionally, the Sunday Night Football contest will feature the Chicago Bears visiting the Los Angeles Rams.

Below is the complete schedule for Week 1 of the 2021 NFL season (all times Eastern):

The 2021 NFL schedule will feature a 17-game regular-season for the first time. Additionally, the preseason will be reduced from four to three games. The full slate will be released Wednesday night at 8:00pm ET.

The 2021 NFL Preseason Schedule will also be released on Wednesday night. The schedule will begin with the NFL/Hall of Fame Game at Tom Benson Hall of Fame Stadium in Canton, Ohio, on Thursday, Aug. 5. This years game pits the Dallas Cowboys against the Pittsburgh Steelers and it will be televised by FOX at 8:00pm ET.

Below are links to the 2021 NFL schedules for all 32 teams. Opponents for each team have already been set.

Why do the Monday night matchups seem to always stink, or is it just me?

ABC should not have a straight simulcast of the ESPN broadcast.

A separate broadcast should be made for that network, being presented in a manner similar to a 1990s MNF broadcast on ABC, such as using themes used during most of the 1990s and a graphics package similar to the 1995-96 seasons but optimized for today’s day and age (including a constant bottom line showing details, such as the score, about the game). Ideally, I’d want NBC to loan Al Michaels to ABC to do play-by-play on what I am dubbing the “Throwback Cast”, joined by Kirk Herbstreit (replacing the late Frank Gifford, and also doing the intros once done by Gifford) and Dan Dierdorf on play-by-play.

The “Throwback Cast” would deemphasize the ESPN branding. This should be the standard presentation for ABC broadcasts of the NFL going forward. There is a need to appeal to those who watched Frank and Al and Dan in the 1990s.

correction – Dierdorf and Herbstreit would be doing color commentary