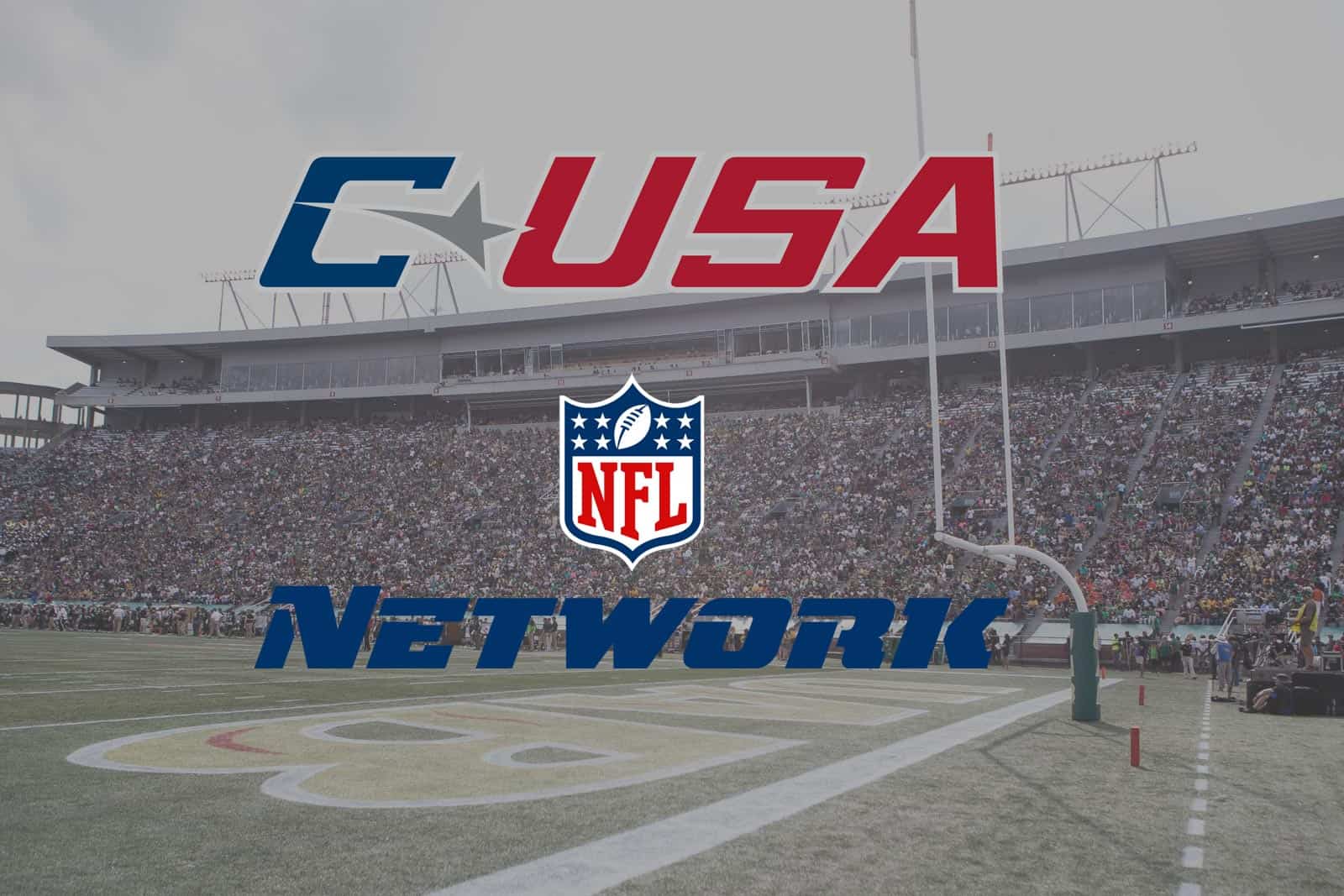 Under the agreement, NFL Network will broadcast Conference USA football games beginning this season and extending through the 2022 season. Ten games will be broadcast each season, and each will air on a Saturday afternoon.

“While exploring new media options for football, NFL Network stood out as an excellent opportunity for national exposure,” said MacLeod. “We look forward to showcasing our conference through their tremendous platform and reach.”

“We are excited to showcase the next generation of NFL athletes to our fans on a weekly basis,” said Hans Schroeder, Chief Operating Officer of NFL Media. “Our fans crave live football, and partnering with Conference USA – a conference which boasts several Hall of Fame players – provides us with an excellent opportunity to do so.”

Conference USA football games on NFL Network will also be available “through the NFL app and via Watch NFL Network on smartphones, tablets, PCs and connected TV devices for subscribers of participating NFL Network providers.”

Matt Sarzyniak, who covers college football TV schedules and contracts, indicates that the NFL Network contract replaces the one between Conference USA and beIN SPORTS.

Feels like CUSA replaced beIN Sports ten game package with NFLN, which is in many more homes, even with current issues with AT&T.

The 10 Conference USA football games that will air on NFL Network this season will be announced in conjunction with the league’s TV schedule release, which is expected by the end of May.

The remaining nine Conference USA members kick off their seasons on Saturday, Sept. 1.

ooof it is Monday right my fault

Looks like we both had a case of the Monday’s! :)