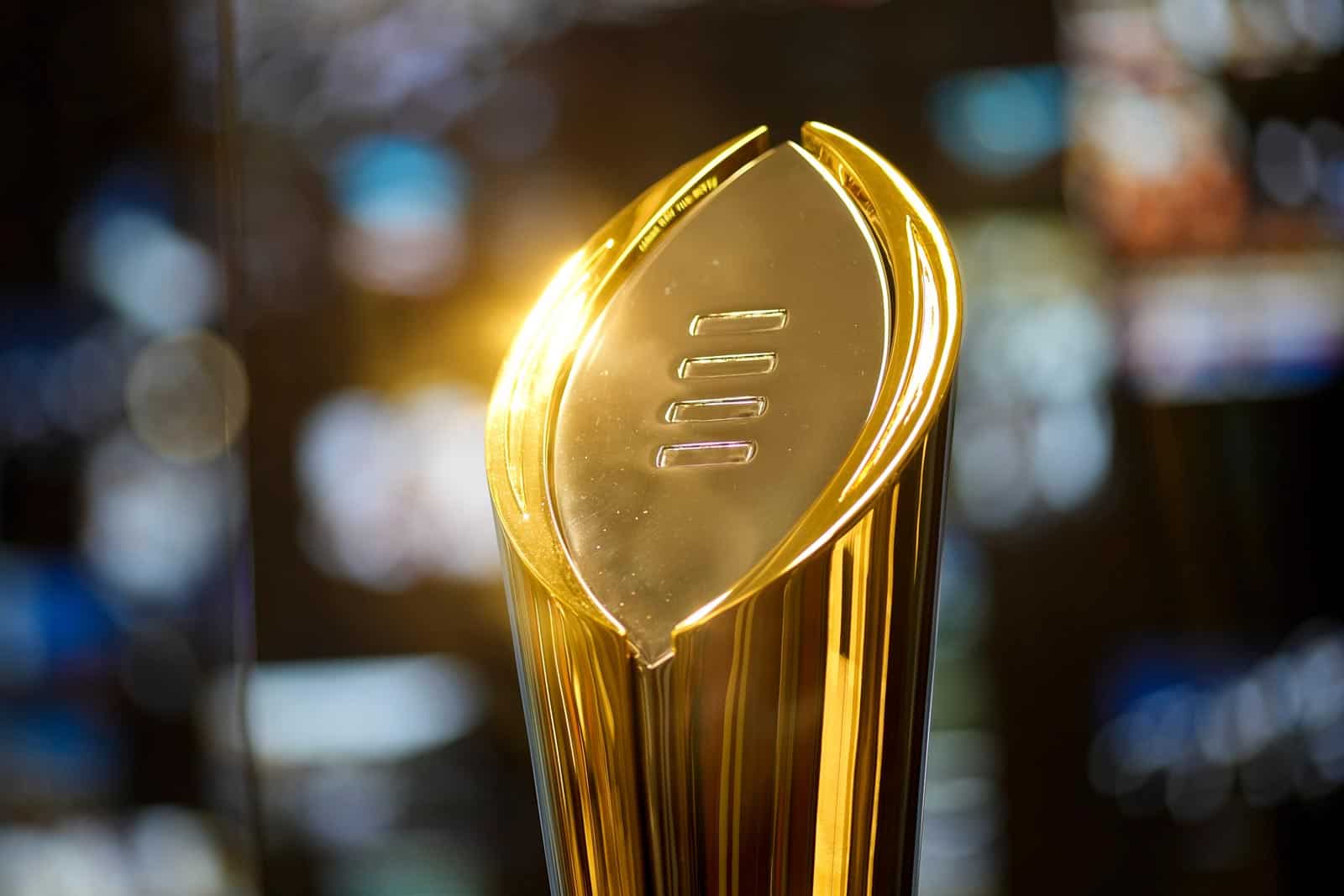 The college football bowl schedule on New Year’s Eve begins with two games that will both kickoff at noon ET. In the Allstate Sugar Bowl, the fifth-ranked Alabama Crimson Tide from the SEC will take on the ninth-ranked Kansas State Wildcats from the Big 12 at Caesars Superdome in New Orleans, La. The game will be televised by ESPN.

Also at noon ET, the TransPerfect Music City Bowl kicks off on ABC. The Iowa Hawkeyes from the Big Ten take on the Kentucky Wildcats from the SEC in that matchup at Nissan Stadium in Nashville, Tenn.

At 4:00pm ET on ESPN, the 2022 College Football Playoff Semifinals begin with the third-ranked TCU Horned Frogs from the Big 12 facing the second-ranked Michigan Wolverines from the Big Ten. The two teams will square off in the Vrbo Fiesta Bowl at State Farm Stadium in Glendale, Ariz.

The fourth and final New Year’s Eve bowl game is the second College Football Playoff Semifinal. The top-ranked Georgia Bulldogs from the SEC take on the fourth-ranked Ohio State Buckeyes from the Big Ten in that contest in the Chick-fil-A Peach Bowl at Mercedes-Benz Stadium in Atlanta, Ga. The game is scheduled to kickoff at 8:00pm ET on ESPN.

New Year’s Day 2023 includes no college football bowl games this year because it falls on a Sunday. However, there will be a full slate of NFL contests beginning at 1:00pm ET.

The college football season concludes on Monday, Jan. 9, 2023, with the two semifinal game winners squaring off in the College Football Playoff National Championship at SoFi Stadium in Inglewood, Calif.