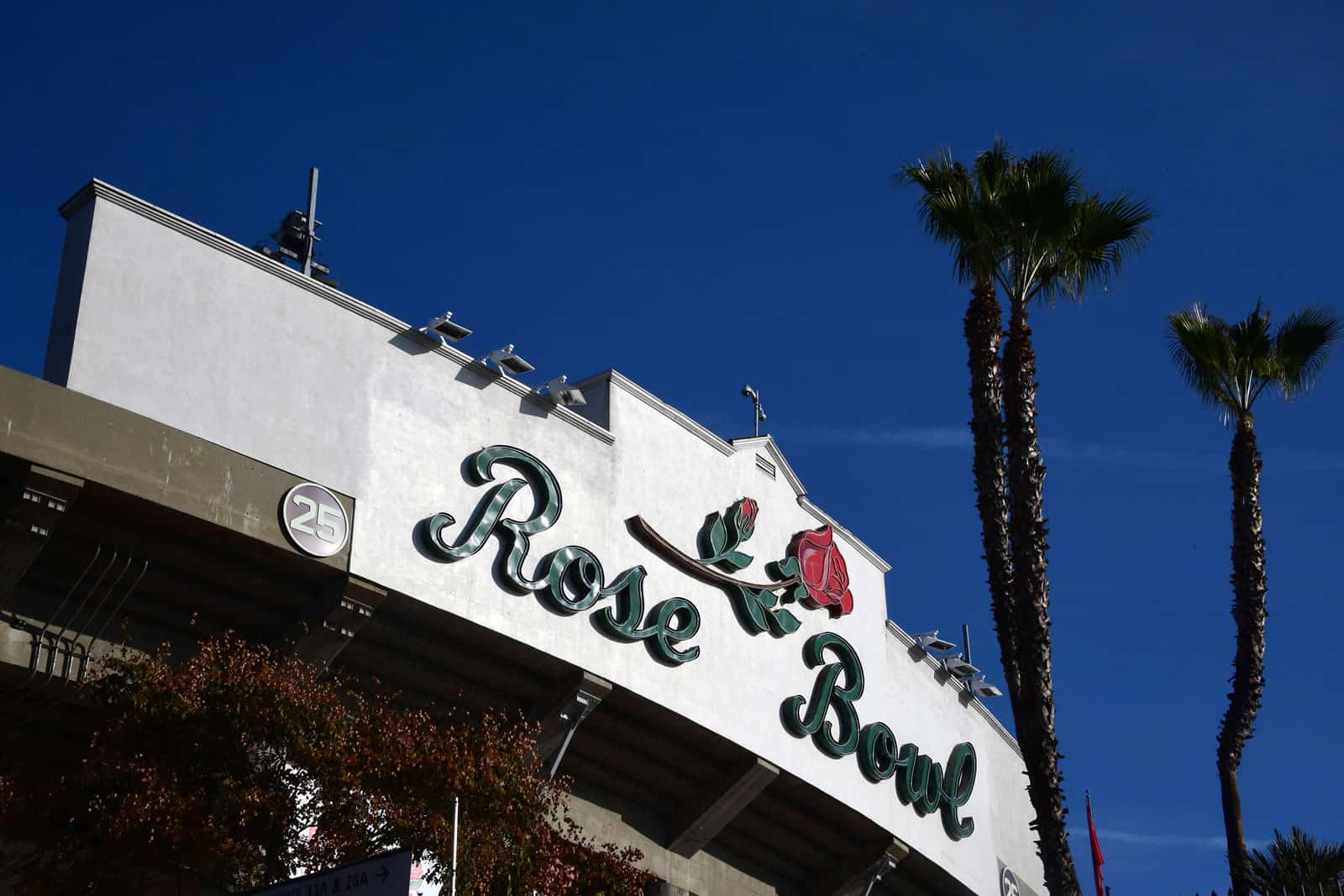 There are five college football bowl games slated for New Year’s Day 2019, beginning with the Outback Bowl and culminating with the Allstate Sugar Bowl.

The College Football Playoff Semifinals were played on Saturday, Dec. 29, 2018.

The New Year’s Day bowl schedule kicks off at noon ET at Raymond James Stadium in Tampa, Florida with the Outback Bowl. It features the 18th-ranked Mississippi State Bulldogs taking on the Iowa Hawkeyes. The game will be televised by ESPN2.

Then at 1:00pm ET on ESPN, the 11th-ranked LSU Tigers and the eighth-ranked UCF Knights square off in the PlayStation Fiesta Bowl at State Farm Stadium in Glendale, Arizona.

The VRBO Citrus Bowl also kicks off at 1:00pm ET and it will be televised by ABC. The matchup features the 14th-ranked Kentucky Wildcats facing the 12th-ranked Penn State Nittany Lions at Camping World Stadium in Orlando, Florida.

Since it’s not a College Football Playoff Semifinal this season, the Rose Bowl Game features a traditional Big Ten-Pac-12 matchup. The ninth-ranked Washington Huskies and the sixth-ranked Ohio State Buckeyes face off in Pasadena and the game will start at 5:00pm ET on ESPN.

The fifth and final New Year’s Day bowl game is the Allstate Sugar Bowl at Mercedes-Benz Stadium in New Orleans, Louisiana. The 15th-ranked Texas Longhorns take on the fifth-ranked Georgia Bulldogs at 8:45pm ET on ESPN.

The college football season comes to a conclusion on Monday, Jan. 7, 2019 with the College Football National Championship. Alabama will take on Clemson and it will be televised by ESPN at 8:00pm ET.

Congrats to Kentucky, they proved me wrong. Their defense is legitimate. Hopefully the SEC homers can give Iowa a little respect in the future.

I was surprised of the Kentucky win myself, Iowa played very well against a high explosive offense in Miss St, good games.
Nice to see UCF losing to the 4th best SEC team, at least that streak is over.
The Ohio State manhandled Washington, the score does not justify it at all.