New Mexico State to play at Auburn in 2023 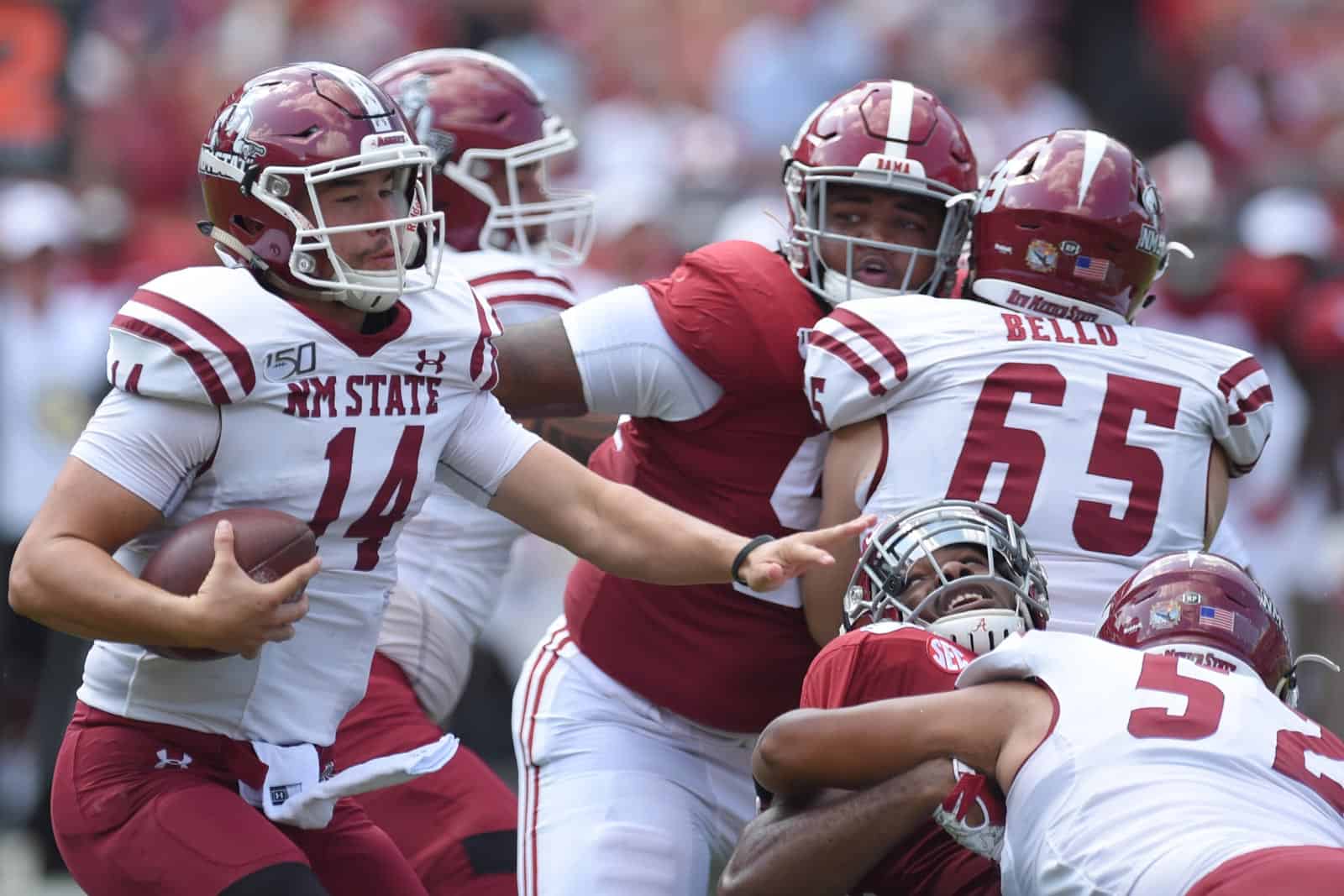 The New Mexico State Aggies will play at the Auburn Tigers in 2023, according to a report by the Las Cruces Sun News.

New Mexico State will travel to take on the Auburn Tigers at Jordan-Hare Stadium in Auburn, Ala., on November 18, 2023. The Aggies will receive a $1.85 million guarantee for playing the game, per the report.

New Mexico State and Auburn first met on the gridiron in 1993 and have played a total of three times, with each game contested in Auburn. The Tigers won the most recent meeting, 42-7 in 2012, and lead the overall series 3-0.

The New Mexico State Aggies are playing their second season as a Football Bowl Subdivision (FBS) Independent. New Mexico State, formerly a member of the Sun Belt Conference from 2014 through 2017, is 0-2 this season following losses at Washington State, 58-7, and at Alabama, 62-10.

Auburn is the seventh known opponent for New Mexico State’s 2023 football schedule. The Aggies are scheduled to open the season on the road against the San Diego State Aztecs on Sept. 2.

Since New Mexico State plays at Hawaii in 2023, they are eligible to schedule a 13th regular-season game and can also play in Week Zero.

New Mexico State is the second scheduled non-conference opponent for Auburn in 2023. The Tigers are also slated to play at the California Golden Bears on Sept. 9.

So many games against the $EC ….. is NMSU vying for membership or simply the $EC’s favorite tomato can?